A Perversion of Priorities 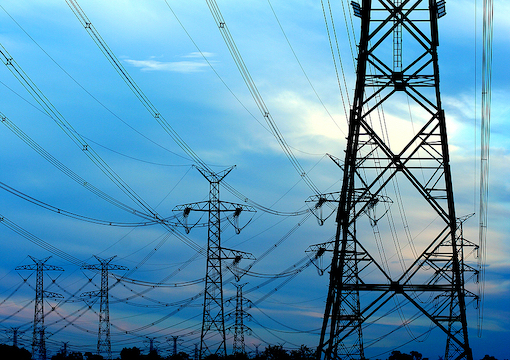 Climate change is an existential threat—this according to our Department of Defense.

Not a military but a political position, the mentality comes from an intellectual spectrum that focuses as well on critical race theory and gender fluidity. Even if humans play a role in global warming, it is neither an immediate nor life-threatening danger. There is an environmental vulnerability, though, that is.

Our environment is not just nature—it is man-made as well. A prolonged collapse of this nation’s electrical grid—through starvation, disease, and societal collapse—could result in the death of up to 90% of the U.S. population. This figure has not been disputed, yet this prospect has received virtually no attention from policy makers or the media. The environmental issue holding center stage, of course, is global warming.

“A prolonged collapse of this nation’s electrical grid could result in the death of up to 90% of the U.S. population.”

Vulnerability of the power grid does not conjure up imagery of polar bears on melting ice floes. But even minimal sober analysis shows the threat to our population is both immense and immediate, far more than that of a 0.8 degree Celsius rise in global temperature since 1880.

Electricity is mundane and taken for granted. The power grid is vulnerable to geomagnetic storms generated by solar activity, electromagnetic pulses (EMP) produced by nuclear detonations, cyber and physical attack.

The vulnerability is in our high-voltage transformers. These are the units that make it possible to send electricity over great distances. Loss of just a few could lead to a coast-to-coast blackout. There is little manufacturing capability for these units remaining in the U.S. And delivery, under low-demand benign conditions, would take one to two years.

Geomagnetic storms are due to massive eruptions of plasma from the sun’s corona. The plasma induces a DC-type current at ground level that can cause irreparable damage to transformers. The largest recorded storm occurred in 1859. The National Academy of Sciences states that a storm today of similar scale could cause massive blackouts that might not be repaired for years.

Of the scenarios that could lead to electrical network collapse, EMP has received the widest public attention. A high-altitude EMP is produced when a nuclear device is detonated above the atmosphere. A study published in 2010 for the Congressional EMP Commission calculated that a nuclear detonation 170 kilometers over the United States would collapse the entire U.S. power grid.

The grid is susceptible to cyber attacks. A 2017 report by the Department of Defense states that “the United States today lives in a virtual glass house.” In 2018 the Department of Homeland Security issued an alert that Russia could shut down American power plants at will. The grid is also vulnerable to small-scale coordinated military operations. An internal Federal Energy Regulatory Commission memo states that “destroy nine interconnector substations and a transformer manufacturer and the entire United States grid would be down for 18 months, possibly longer.”

With loss of the grid telecommunications, finance, banking, and transportation would collapse.

Electricity is necessary in the delivery and purification of water and removal and treatment of wastewater and sewage. It is problematic if fuel will be available to boil water.

We cannot go back to 1900. We do not have the horses and mules that used to tow agricultural gear.

People can live for one to two months without food, but after five days they have difficulty thinking and at two weeks they are incapacitated. There is typically a 30-day perishable food supply at regional warehouses, but most would be destroyed with loss of refrigeration.

The infrastructure bill of 2021 is budgeted at $1.2 trillion. Climate change mitigation is the focus of the legislation. Global warming is also the centerpiece of this country’s economic agenda and now central to defense policy. Climate change is defined by the Pentagon as a threat equal to that posed by China. Meanwhile, China has developed a hypersonic missile, traveling at five times the speed of sound, that can produce an EMP without the need of a nuclear warhead.

Hardening the grid, even if fully funded, would only mitigate a collapse. A partial backup grid—coal-based—has been proposed. As we reduce greenhouse gas emissions, China is building 43 new coal-fired power plants.

Securing the grid should be this country’s highest environmental priority.