A Plague of Know-it-Alls 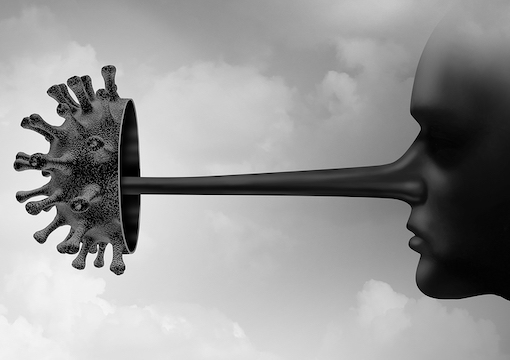 When it comes to this whole COVID-19 hall of mirrors and how we possibly find our way out if this creepy carnival exhibit we’re trapped inside hoping it’s not really a cheesy horror movie made flesh, it seems that everyone has an answer except me.

The problem is, hardly any of you idiots realize how many questions there are. That’s where I come in. I’m such a know-it-all, I appear to be the only one who knows all the questions.

What’s the crude-case fatality rate? What’s the rate of confirmed cases v. suspected total infections? How many cases are closed? How many are still open? Are they counting people who died outside of hospitals and were never tested for the virus? And who are “they,” anyway, and why should we trust them? How do our stats compare to those in other countries? Should I really trust the bean-counters of Borneo and the abacus-slingers of Algeria? Oh, and what about the false positives on nonrandom population samples? Huh? What about them? And how can you trust these tests, anyway? Who tests the testers?

Will the virus lead to more deaths than a wrecked economy would? If so, how far do we have to wreck the economy to achieve this? To put it another way, how many bodies do we have to sacrifice to save the economy?

If SARS-CoV-2 can actually travel in particles of air pollution like I heard last week, is a lockdown meaningless, or should we just avoid North Jersey?

Are businesses reopening too soon to prevent more infections or too late to save the economy?

Would a vaccine apply to every mutation, or do they have to keep coming up with new vaccines? Or do they already have a one-size-fits-all vaccine and are waiting to “heroically” rush in to save us all with it?

Will it be over in the summer but back in the fall? Will it ever be over? Or is it over already? Statistically, how “over” does it have to be before we can say, “This is over”?

Are blacks currently experiencing disproportionately high infection rates because of racism, or because they’re a bunch of touchy-feely slobs with no impulse control who like to congregate under trees and at bus stops?

Do we value each human life equally, or do we deduct fifty points for being obese and elderly?

Do you hoard money, or do you stock up on supplies?

“We hear plenty about herd immunity, but not nearly enough about herd stupidity.”

Should you wear rubber gloves at the gas station, or does that make you a Germ Cuck?

Are “they” all in cahoots, or are “they” too stupid to pull that off?

Is it true that the virus can be spread through flatulence?

Are the Democrats or the Republicans handling this better? The governors or the President? Fox News or CNN? Atheists or Christians? North or South? Ginger or Mary Ann?

Will it hurt young blacks or the white elderly more? Do you care either way?

Is the worst behind us or in front of us?

Do we blame the Chinese or not?

And, just for comic relief, what about the Jews?

Lawdy Mae, so many questions!

My answer to all these questions is a firm, emphatic, and near-histrionic I DON’T KNOW.

You can be arrogant without being a know-it-all, you know. I do it all the time. Maybe the ultimate know-it-all move is to tell everyone they don’t know anything, then feign humility and a false sense of empathy by pretending I don’t know, either. I don’t know.

I truly don’t know whether it’s a plot to enforce a global surveillance state that mandates inoculation with a Forever VaccineTM that contains a GPS tracker, a camera, a thought-reader, a specialized and experimental gene-protein inserter, and a free version of Microsoft Windows and nude pictures of Bill Gates. Seems unlikely, but I’m not ruling it out.

I can’t say for sure whether or not the Deep State is purposely mind-fucking you all into a state of high stress that weakens your immune system and renders you yet more vulnerable to a successful invasion by their Little Chinese Virus.

Why is that so hard for the rest of you to say?

My sense is that there’s an actual virus afoot—whether organic or synthetic, I don’t know—and that it’s quite possibly more dangerous than the common cold or flu.

I suspect this because of the amount of coordination it would take worldwide for so many entities to come together in a smoke-filled room and agree to pretend it’s worse than the flu.

There are plenty of actual conspiracies, but this one—it’s been dubbed the “Plandemic”—is the most elaborate type possible. It requires everyone except those who call it a conspiracy to be in on it. Every country on the planet, including the ones that hate one another and don’t even speak to one another nor so much as send one another post cards would need to be in on the plan. Every medical organization on the planet, even ones that compete for donations, would also need to set aside their differences for the sake of this hoax. So would just about every rich person and poor person and middle-class person—except for the small pockets of people who say it’s a hoax. Sorry, honey, but that’s a bit much.

I’ve never heard of the flu attacking multiple organs like this, but then again, I haven’t paid much attention to science since about the seventh grade—when I decided to pursue a “creative” path—and am thus mildly retarded about an embarrassing number of scientific issues. But that’s also why I don’t act like a know-it-all about viral infections, nyah-nyah-nyah.

No, I’m not calling for moderation or fence-sitting or splitting the difference, and I’m not falling for any of the sappy “we’re all in this together” drivel, and if the facts are extreme and call for extreme solutions, then I’m an extremist. I’m all for fact-based extremism that ignores illusions such as “left” and “right.”

Just because we don’t know doesn’t mean we shouldn’t try. As new information comes in, adjust your efforts accordingly. If we have solid information about who is disproportionately ravaged by this virus, focus medical resources on them. There’s evidence that masks can help prevent the spread of the virus, especially if you’re the one who’s infected. Then again, most of these masks don’t have a tight seal, so you may wind up not only breathing in someone else’s germs, but also your own pulmonary effluence. I’d say it’s wise to avoid Fleetwood Mac reunion concerts, but I would have said that, anyway.

Before talking about solutions, it’s usually best to have a clear idea of the problem. But this is happening so fast, that’s almost impossible. I think of information like a hologram—laser coming in from every angle to form a discernible shape. At present, there’s too much information and too many laser beams to see whether the hologram is of a wolf or a lamb.

I’m of the opinion that there is never such a thing as settled science, but that’s especially true in a case like this when we’re desperately learning science on the fly.

I’m sure out there somewhere in a freezing yurt on the barren plains of Mongolia there’s a teenage genius with a laptop who could spit out an Excel spreadsheet in 5 minutes that proves conclusively whether the virus left unchecked or a destroyed economy would ultimately cost more lives, but I am not that Mongolian genius, my friends. That is evident to everyone—even me.

Maybe gay scientists who hate old people, blacks, and prisoners invented this one as revenge for AIDS. Couldn’t tell you for sure.

I sense that you are too proud to say you don’t know, so let me say it for you. At the risk of gaslighting you, the fact is that we both know that you don’t know. Just admit it. Try it sometime. You may like it more than you think. You won’t believe what a relief it is just to admit it. It’s like popping an icy-fresh breath mint in your mouth.

I’m simply saying that amid such a blizzard of facts, mistruths, anxiety, and suspicion, it’s impossible to be certain about anything that’s going on right now, so pipe down because you look like a jackass when you act like you have the answer.

You can’t even trust the experts, meaning the ones with a Ph.D. If you look back on their timeline, many of these “experts” have flipped, flopped, and flown on their positions every which way but loose since this whole thing started. But since you can’t trust the experts, that means you DEFINITELY can’t trust anyone else. Especially you. Or me. Trust me on that.

How on earth would I be able to know whether doctors in China were told to destroy early samples of the virus to prevent tracing? Yet you have some five-foot tall genius in Paducah with noodle arms, a vape pen, and a joystick who can’t be convinced things went down any other way.

We hear plenty about herd immunity, but not nearly enough about herd stupidity. And there is a plague of know-it-alls infesting our public discourse right now. Proving that their approach is more emotional than rational, they toss around the word “evil” as if you can measure it the same way you can measure a viral load. I’d love to quarantine them all in mental hospitals that treat Dunning-Kruger effect.

This whole tragicomically ridiculous situation is stressful enough for everyone, so I will kindly and calmly—just this once—implore all you know-it-alls to tone it down. If you don’t, you know what happens next. You are, after all, a know-it-all.