A Pro-Life Poll Up the Ass 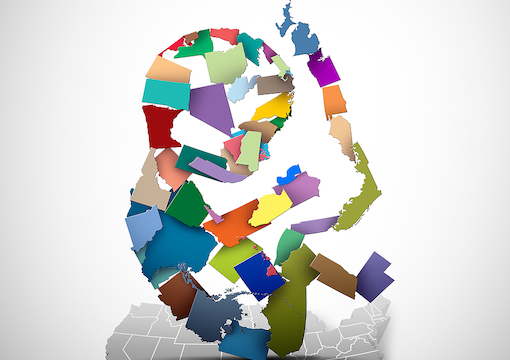 You people, I swear.

For months I’ve been longing to write my magnum opus about the superb 2021 post-Covid Taiwanese zombie film The Sadness and its impact on Sino-U.S. relations.

Sure, that column would be of no interest to you, and sure, it would only be one sentence long (“The superb 2021 post-Covid Taiwanese zombie film The Sadness has had zero impact on Sino-U.S. relations”).

But still, it’s been screaming to get out. Yet whenever I think, “Now’s the time,” one of you has to go and do something that diverts my attention.

This time, it was a thousand of you.

First, I’m gonna explain what happened. Then why. And then I’ll explain why it matters.

Mark Penn is a pollster and strategist, a former Clinton guy-turned-Trumper. He runs the Harris polling organization. Every month, in collaboration with Harvard’s Center for American Political Studies, the Harris org releases a poll covering matters of national importance.

The three guys behind the operation are Penn, his associate Dritan Nesho, and Harvard professor Stephen Ansolabehere.

Because of Penn’s rightist bent and his fondness for appearing on Fox News, the polls tend to skew toward what Fox audiences want to hear. That doesn’t mean Harris poll results are necessarily wrong; it just means they’re “finessed.” For example, an October 2021 poll on CRT asked respondents, “Do you think the schools should promote the idea that people are victims and oppressors based on their race or should they teach children to ignore race in all decisions to judge people by their character?”

That’s a very leading question, which garnered the expected response. And even though there ain’t a man alive who hates CRT more than I, the problem with polls that ask leading questions is that they’re masturbatory. They exist so people can go, “Yay, my views are popular!” But they’re not useful if you truly want to gauge the electorate (polls from left-leaning firms have the same problem).

Last week, Harvard/Harris released a “mood of the electorate” poll that featured a section on American attitudes toward abortion post-Roe.

The key question involved abortion regulation. Here’s the question and the results:

First red flag: The pollsters didn’t include the option “It should not be allowed, no exceptions.”

So why not include it as an option? The poll included one extreme (“up to 9 months”), but not the other.

I asked Harvard’s Ansolabehere why “no abortion, no exception” had been left out.

A Harvard man of few words.

To be clear, the abortion poll has no designated corresponding author, so it’s not like Nesho was the authorized guy to speak for the trio. For whatever reason, Ansolabehere didn’t wanna answer a simple question.

Neither did Nesho, who ignored my repeated requests for comment.

If HanSoloBeHere and Dristan Nasal won’t answer for their poll, I’ll do it for ’em. “No abortions, no exception” was left out to hide the number of GOPs who support the least popular option among independent voters, and (more important) to corral “no exceptioners” toward one of the more palatable options.

Without the “no exceptions” question, the poll is shit. Worthless as a legitimate gauge.

And worthless was about to get worse.

Here’s where things got wacky.

Leo T. O’Malley is a student at Notre Dame.

O’Malley’s a contributor to the Federalist Society’s Student Blog Initiative, and he only has around 230 Twitter followers.

A kid with no following.

On July 4, the first Monday after the poll was released, O’Malley tweeted this:

New polling data out on #Dobbs:

Now, as you saw, the poll clearly stated that 23% of respondents would ban abortion after 15 weeks, not 72%.

“49% support abortion ban after 6 wks” is equally dishonest, as that’s “only in cases of rape and incest” and “up to six weeks” added together.

Lest you think O’Malley meant to say “15 weeks or less” but Twitter’s character limit mandated brevity, on his Facebook page, he’s more explicit: “72%!! support abortion ban after 15wks (which mirrors the Mississippi law which would have been unconstitutional under Roe).”

An outright lie. Americans who favor allowing abortion “only in cases of rape and incest” would not necessarily support the Mississippi abortion law at the center of Dobbs, which allows for abortions for reasons other than rape and incest, and allows them up to 15 weeks. And those who favor cutting off abortions at six weeks would also be against Mississippi’s 15-week law.

Okay, so a kid tweeted something deceptive. Big deal.

Except, every blue-check rightist on planet Earth retweeted it.

Rightist website after website trumpeted the lie. “72% of the country would support Mississippi’s abortion ban at the center of the Dobbs case,” bellowed Tim Carney at the Washington Examiner. “72 percent of Americans think abortion should be allowed only until the 15th week of pregnancy,” exclaimed Jordan Dixon-Hamilton at Breitbart. “72 percent of respondents support an abortion ban after 15 weeks of pregnancy, while about half would support an abortion ban after six weeks of gestation,” wrote Zack Stieber at The Epoch Times.

To support the 72% fabrication, The Federalist didn’t even link to the poll itself, but to O’Malley’s tweet!

And then there was Jonathan Turley (in Marge Simpson voice, “Not Turley! Not Turley!”), writing on his blog:

Harvard Poll: 72 Percent Support 15-Week Limit on Abortions. While Democratic leaders denounced the Mississippi law setting a 15-week limit on abortion, 72 percent of those polled support that limit. A poll conducted after the U.S. Supreme Court overturned Roe v. Wade found that 72 percent of Americans would allow abortion only until the 15th week of pregnancy.

Turley’s supposed to be one of the best and brightest.

I emailed the offending authors, explaining their error.

Only Zack Stieber at Epoch Times cared about accuracy. Within minutes, he altered his wording to “72 percent of respondents said they supported either a total abortion ban with exceptions for rape or incest, a ban after six weeks, or a ban after 15 weeks.”

Good on Zack; there’s a journalist.

And Turley? When I explained the error (letting him know that I was pursuing this in service of an upcoming column, and giving him an out for his blunder: “You likely wrote that blog post in haste, as I think these are obvious points”), he replied, “Thank you David. That is a valuable point. I will tweak the posting to reflect it.” And then he rewrote his piece incorporating the content of my email and presenting it as his own.

I’m mentioning this so that, should anyone notice a similarity between parts of this column and Turley’s blog post, they don’t peg me as a plagiarist. And even though you might think Turley’s behavior dickish, I’ll point out that there’s an urban legend among conservative blue-checks that if you acknowledge David Cole three times in front of a mirror, I’ll appear and bore you to death with a lecture about the Korherr Report.

Okay, so that’s what happened. Now the why.

O’Malley’s falsehood caught on because too many rightists are in denial about the “no exceptioners.” They don’t want to admit that a certain percentage of their tribe is going to be inflexibly extreme about no exceptions for rape. Some of you refuse to face reality about the albatross that will ensure the left can use Dobbs to its benefit this November and beyond, so you cling to a poll that literally pretends the no-exception viewpoint doesn’t exist, and you foolishly spread the moronic tweet of a student because yes, it would be terrific if the majority of pro-lifers were behind a 15-week ban.

But they’re not. And if you think the no-exceptioners are going to relax their standards to help your precious little midterms, you’ve never met any no-exceptioners.

So, sure, I see the appeal in ignoring the problem.

In any political fight, the losing side is the one that denies reality. The Biden administration and its apologists are denying the economic crisis.

You think that’s a good move, or a bad one?

Leftists are denying the crime epidemic.

You think that’s a good move, or a bad one?

The right has to face the “no exception” problem head-on. It’s an issue that’ll kill the GOP with independents, so deal with it. At least try to. But don’t pretend it doesn’t exist.

Lastly, it should trouble you that a demonstrably false claim by a student became the dominant talking point for blue-check rightists last week.

It should trouble you a lot.

Leftism’s rotting away from the inside because the adults in the room are letting kids who lack math and critical thinking skills run the show.

Don’t surrender yours to fetuses.