A Quiet Little Murder in Mississippi 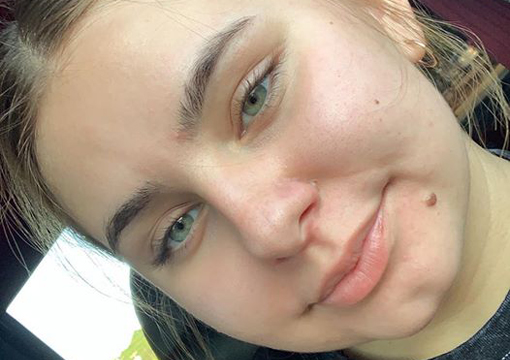 You probably haven’t heard about the sixteen-year-old girl who got murdered by five other kids early last Monday afternoon on a quiet little street in the quiet little town of Biloxi, Mississippi.

If the circumstances had been altered slightly, it would be the only news story you’d heard about all week. You’d also continue to hear about it for years.

Madison Harris, 16, had been living at her paternal grandmother’s house since her parents were divorced four years ago. It’s unclear why they divorced, but apparently she also has a half-sister and two stepbrothers. Her dad also moved back with her to grandma’s house, which suggests not only familial instability but structural problems in the American economy. Fifty years ago, you hardly ever heard of grown men going back to live with their mother after a divorce, much less for years. Fifty years ago, you hardly heard of anyone getting divorced, period.

Madison and her father were also living with her grandmother’s fiancé, a man named James Waldeck. He says he became alarmed last Monday afternoon when his doorbell camera showed an ambulance in front of the house:

Madison was here, her very good friend, Paul, and her dad was in the backyard raking leaves. And one girl came in, I saw on Ring doorbell, about a half hour before. And then, according to my Ring doorbell, four of them charged in an unlocked door here at the carport, and within a matter of 10 seconds, the shooting and screaming, and then them running out the door being chased by Paul, her friend, and then her dad.

What struck Waldeck as strange was that at least a few of the killers lived on their block and Madison had considered them her friends.

They were in our house, I thought as friends, a number of different times, yes. They just lived two or three houses down and across the street….We think they were involved in a burglary at the house two weeks ago. Of course, the police were called and we were pressing charges against that first crime. And we’re afraid this may have been retaliation against us reporting their crime….We screwed the window shut so they couldn’t get in there. We put deadbolts on the doors, so that they had to be locked with a key to get in or out. But the carport door was unlocked, and that’s where they made their way in.

The person who called 911—and initially reported it as a “medical episode” rather than a murder—was Madison’s teenage friend Paul, who chased the killers out of the house and spoke to police when they arrived.

Paul told police that while he, Madison, and the third girl were hanging out in Madison’s bedroom, two male teens came to the window pointing a gun and told Paul to open the window. Paul says he recognized the boy who was wielding the gun and that his nickname was “Teflon.” Paul had trouble opening the window all the way, at which point he says “Teflon” handed the gun through a crack in the window to one of the two girls who’d stormed into the house. He says that during a struggle to wrest the gun away from the girl, it fired and struck Madison in the hip.

“If Madison Harris was guilty of anything, it was terminal naiveté.”

Paul told authorities that the unexpected arrival of the 15-year-old girl a half-hour before the other four stormed the house leads him to believe she was sent there to case the house and set up Madison for a robbery at best and a murder at worst.

Paul’s last name is White, although he’s black. With a population that is 37.3% black, Mississippi is far and away the nation’s blackest state, a robust five percentage points ahead of runner-up Louisiana. And “Paul” can be considered a nickname, since his full name is either Paultavius or Paultavious White, depending on whether you believe police reports (no “o” in the official papers) or his own spelling in the URL to his Facebook page.

James Waldeck described Paultavious as Madison’s “very good friend.” It’s unclear if they were intimately involved, although it would seem odd for two teens at the peak of their hormonal effulgence to be hanging out in a bedroom for purely platonic reasons.

Paultavious was Facebook friends with Madi Harris, which is an alternate account that Madison Harris kept along with her main account on Facebook. Her last post on that account was on February 19—six days before she was shot cold by her alleged neighborhood friends—and shows her face covered in butterflies, with Madi attempting to puff out her lips for maximum size. Six days before that post, she’d posted “god why are old white women so dramatic.”

As “Madi Harris,” she also kept an Instagram account consisting of only four pictures. In all four pictures, her primary obsession seems to be making her lips look larger than they are.

In case you’ve been asleep for the past generation, there is no longer any kind of Southern white identity that a young white girl in Mississippi can safely claim anymore. There is no longer anything in America even representing a cohesive “redneck” or “poor white” culture. There are too many risks, and you get called too many names if you even make a point of being white. If you’re young, white, Southern, and not affluent, you’d best at least act black if you don’t want to get killed.

Madison Harris acted black. She courted black friends. She even made a point of publicly smearing “old white women,” despite the fact that her old white grandmother had given her a home for years. So why did she get killed anyway?

The most obvious immediate reason is revenge for snitching—as James Waldeck noted, he suspected these “teens” of burglarizing their house a few weeks prior and reported them to police. Perhaps Madison was unaware that in black ghetto culture, “snitches get stitches.”

The five “teens” who got arrested almost immediately after the murder may have been aware of how things operate in the ’hood, but they were all stupidly unaware of how the law works, because they didn’t realize that you never speak to cops without a lawyer present, and you certainly NEVER confess to any wrongdoing. Still, they all reportedly confessed to being at the crime scene to rob Madison, presumably of her “weed.” (It’s a sign of the times that newspapers use the word “weed” rather than “marijuana” in headlines.)

They’ve all been charged with capital murder and have been denied bail. They will be tried as adults, but due to their ages, they will at least avoid the death penalty and face a maximum of life beyond bars. Their names and ages:

Kelley was apparently the decoy who’d been sent in a half-hour earlier to relay information to the others. Cook had been roaming free after bailing out over aggravated-assault charges from last year.

There’s a third theory about why an attempted robbery quickly devolved into murder. It seems likely that Madison Harris was involved physically with Paultavious White. According to all accounts, the gun that killed her went off when it was in the hands of a black girl. You don’t need to read between the lines of every Spike Lee movie ever made to connect the dots here.

If Madison Harris was guilty of anything, it was terminal naiveté.

You’ve likely heard of Heather Heyer, the white girl who died during the 2017 political street debacle in Charlottesville. Oceans of tears were spilled over her death. But you’ve likely never heard of Tessa Majors, who was from Charlottesville but was stabbed to death last December in New York by three black males in their early teens.

You’ve also probably never heard of Jessica Chambers, another white girl from Mississippi who died after being set ablaze over five years ago, possibly by a black man who has yet to be tried for her murder.

I doubt that you will ever hear of Madison Harris again. You can bet the farm that her murder will never lead to Hollywood movies like the murders of the “civil rights activists” that led to the film Mississippi Burning.

You will continue to hear about Eric Garner and Trayvon Martin and Mike Brown and all the rest. Forever. But the murder of Madison Harris was a quiet little murder that will quietly go away.