A Return to Beauty 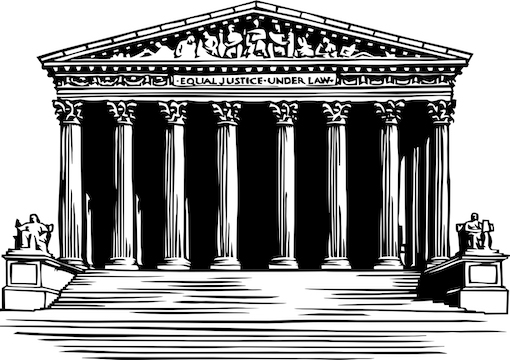 The guilty flee when no man pursueth, says Proverbs, but it does not follow from this that the guilty do not flee when they are indeed pursued. The guilty also have a tendency to argue when they know that they are in the wrong, as for example architects who continue to deny that, for the past seventy years at least, they have been disenchanting the world by espousing a dysfunctional functionalism and constructing buildings so hideous that they make Frankenstein’s monster look like Clark Gable.

I refuse to think so ill of architects as human beings as to believe them to be totally unaware of what they have done. Rather, I pity them. They are like those unfortunate government spokesmen who have to defend the indefensible in public, which is always a disagreeable and nerve-racking thing to have to do. As government spokesmen invent a language full of polysyllabic euphemism to disguise the catastrophe their masters have wrought, so architects speak a language that is either incomprehensible or, where comprehensible, entirely beside the point.

I take as an example the response of a university professor of architecture to President Trump’s executive order making the classical style of architecture compulsory for new federal buildings of any size or cost in the Washington area. I do not name the professor because my target is the guild or sect to which he belongs rather than the individual. His article objecting to the executive order is typical of many.

He begins with the argument from authority: He cites a number of American architectural organizations that are highly critical or fearful of the president’s executive order. But this is like canvassing the opinion of the Communist Party of the Soviet Union, the KGB, and the Red Army to find out whether communism was as bad as it was painted. It is precisely the nature of the architects’ authority that is at issue.

“A triangular wheel would be an innovation, but it would not be an advance.”

The president’s executive order starts from what seems to me an indisputable premise, that much if not most of the federal building carried out in the past half century has been at best undistinguished and at worst hideous. But in the 1930s and even later, federal buildings that were (and will always be) a great adornment to the city, such as the Supreme Court and the Jefferson Memorial, were built. And it is not possible that what was possible then should not be possible now.

According to the executive order, classical architecture that takes its inspiration from ancient Greece and Rome symbolizes the American founding aspiration toward democracy and the rule of law. Critics point out that both were slave societies, says the professor, and indeed that the slave-owners in the Southern states of America built neoclassical mansions on their plantations. I think both arguments miss the point, though simply to reject the classical world because it was slave-owning is to deny its other and longer-lasting legacy, and would also—in logic—be to reject the founding of the American republic because some of the American founding fathers were slave-owners (and not a woman among them). History is, or ought to be, more than the backward projection of our current moral enthusiasms or obsessions.

Moreover, modernism and its successors are much more tainted by fascist and communist ideologies. And while I do not think that classical buildings are in any way aesthetically redolent of slavery—one does not look at the Maison Carrée in Nîmes and think “slavery”—modern buildings frequently speak of megalomania, both of the architect and his patron, and it is true that dictators have sometimes built in a style that one might call tyrant-classicism. But high modernism was certainly in vogue for much of the Soviet Union’s existence, with horrible results, combining hideousness of design with shoddiness of execution. Moreover, many of the originators of modernism were themselves of very totalitarian disposition—they explicitly wanted to legislate the style of architecture for the whole world—and their inhumanity is obvious from what they built.

However, the political associations of classicism and modernism (and its successors, such as brutalism and deconstructivism) are beside the point. What is important is that classical architecture, even when not of the very best, is never as bad as the kind of things that Thom Mayne builds. It can achieve grandeur through elegance and not merely by size, or by a tendency to make human beings about as welcome in its precincts as weevils in a packet of flour. What is important is to build well and beautifully, and I do not see how anyone could fail to come to the conclusion that (for example) the National Gallery of Art in Washington is incomparably superior to the recent extension of the Tate Modern gallery in London.

But the nub of the professor’s argument is this: “I fear that [the executive order] will ultimately stifle innovation and reverse recent federal support for architectural experimentation.” In other words, it will cramp the architects’ freedom to build whatever they feel like building—with the results that are to be seen everywhere.

The article bears out precisely what the executive order’s preamble says: that the modernists and their successors pay no regard to beauty. The professorial author extols the new American embassy in London as follows:

[The embassy] combined provocative design with the latest advancements in security, while incorporating green building systems that reduced energy costs. Together, I believe [it] project[s] the image of a technologically advanced and enlightened U.S. federal government.

Not a word of its beauty, not surprisingly, since it is a monstrosity, admittedly one among many other monstrosities.

And why provocative design? Who is to be provoked, and what for? Architecture is not a cartoon, a play, a novel, a joke. Note also the absence of all mention of beauty or elegance in this dithyramb—for a very good and sufficient reason. If anything could bear out precisely what the executive order says to justify its promulgation, it is this.

What the building projects is not enlightenment, but total inhumanity, a tendency to dictatorship, a deeply skewed scale of values, a total lack of aesthetic discrimination, and a surrender to a self-generating and perpetuating clique. As Thom Mayne, one of the leaders of that clique, put it, he would like to build only for other architects, the only persons qualified to judge and to admire what he does. Yet surely even he has an inkling, at some level in his mind, that he has made the world a little worse than he found it.