A Service Economy Without Service 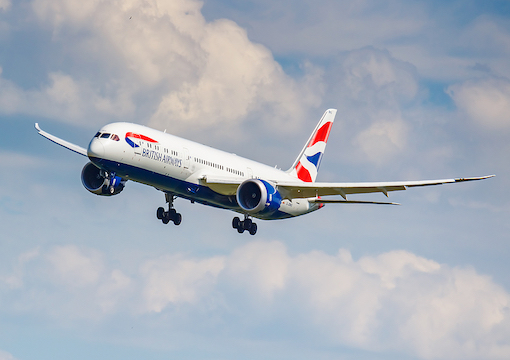 Recently, I had the doubtful pleasure of flying aboard British Airways back to London. No doubt the airline is safe, its pilots well-trained and its maintenance staff competent; and these are no small virtues in an airline, you might well say. Moreover, the plane took off and landed on time, even if it took half an hour for a space to be found for it at the terminal. It was as if it had turned up unexpectedly, like an extra guest at a dinner party.

No doubt it is a sign of human frivolity to judge the quality of an airline by its cabin staff; very few of us, however, are qualified to judge it by anything else. Even the proper interpretation of a safety record might be difficult, for accidents are nowadays so rare that when one occurs, it might be quite by chance rather than by defect of the airline, and therefore not reflect on it at all.

The cabin crew of the aircraft that brought me back to London was no doubt well-intentioned, and they were not actively rude, but they were singularly lacking in grace or charm; and in that respect, they were truly representative of the population from which they were drawn.

“The one characteristic that one can rely upon the British managerial class not to have is courage (cruelty being something else entirely).”

Britain has pioneered a new kind of economy, having long since abandoned manufacturing as a way of paying its way in the world: a service economy without service. Indeed, the very word service raises hackles in Britain, for it implies hierarchy, the servant who provided it being by definition subordinate to the person for whom the service is performed; and in these prickly democratic, or rather radically egalitarian, times, such subordination is anathema.

Two members of the airline spoke to the passengers through the public address system, and for two reasons what they said was so painful on the ears that one longed for earplugs.

The first reason was that it was evident that no one had ever taught them how to use the public address system in such a way that their voices did not emerge as ear-splitting shrieks (I deemed myself fortunate in the circumstances that a recent audiometry test demonstrated that I had 15 percent loss of hearing, normal for my age). When I say that it was painful to hear them, I do not mean this metaphorically, I mean it literally. They caused an unpleasant tingle in the ears.

Any person of average intelligence could be taught in a few minutes how to speak in such a way as not to have this effect, yet it was obvious that no one had thought to do this. Such inattention to detail, such unutterable sloppiness, is typical of British service industries, and partly explains why, in conditions when there are many millions of able-bodied economically inactive people in the country, foreigners in large numbers must be imported to wait tables or man hotel receptions with efficiency, politeness, intelligence, and grace. These are tasks quite beyond the British, at least in any numbers, to perform.

There was a second reason the shrieking over the public address system in the British Airways aircraft was so painful: The two members of the crew who were responsible for it spoke English very badly, although it was almost certainly the only language that they spoke. Certainly no linguistic concessions were made to the foreigners aboard, who were most of the passengers, not even a recorded announcement in the language of the country from which we had taken off. If they didn’t understand the safety announcements in English, well then, it served them right if they died as a consequence of their incomprehension.

The two of the cabin crew selected to speak made no concessions to those damned foreigners, for example by speaking slowly and enunciating their words clearly. On the contrary, they spoke both fast and indistinctly, with a profusion of glottal stops that would almost certainly have presented difficulties in understanding to foreigners who had learned English and might even speak it well, but who had learned it in a very formal fashion. Anyone who has ever tried to learn a foreign language knows perfectly well how much easier it is to understand a person who enunciates it clearly in an educated fashion; it is only on achieving complete fluency that indistinct pronunciation becomes comprehensible to someone other than a native speaker.

Apart from the general sloppiness of British management in service industries that emerges as a natural result, perhaps, from the slovenliness, both physical and mental, of the general population, what accounts for the failure of the management to correct this problem?

The lumpen deportment of the staff (noticeable by comparison with that of the staff of other airlines) would no doubt be difficult and time-consuming to improve, being part of an immemorial national trait, but the way in which they used the public address system would take far less time and be easier to ameliorate. But, in British circumstances, it would also take courage to do so, and the one characteristic that one can rely upon the British managerial class not to have is courage (cruelty being something else entirely).

In Britain, to tell someone that he speaks in such a way that he is both painful to listen to and difficult for foreigners to understand would be taken as personally insulting and, moreover, politically retrograde, undemocratic, even elitist. Is not the vox populi the vox dei? Indistinct speech is the problem of the listener, not of the speaker; it is up to the foreigners on British Airways to learn to understand demotic British speech.

It is a curious fact that public address announcements in English made in foreign countries, even by foreigners, are now much clearer and more pleasing on the ear than those made in Britain, where the shrieking voice of a person whom I always think of as Ms. Slut-Harridan is much in vogue, probably because there is no suggestion of education, cultivation, politeness, refinement, or any of those other qualities that the British now so detest and find so threatening and reproachful, in her voice.