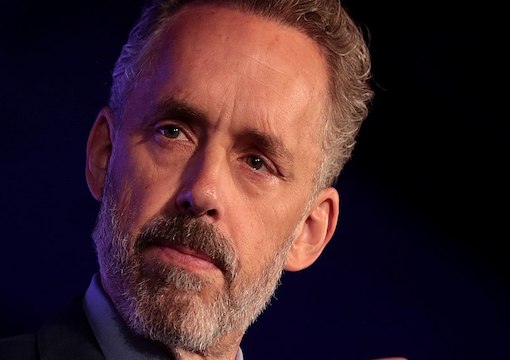 Once again, Jordan Peterson has just been canceled—I think it’s basically his job now. Ever since first shooting to public attention back in 2016/17 over his fears that new Canadian laws might lead to criminal prosecutions for those who stubbornly refused to address transgenderists by their preferred fake pronouns, the former clinical psychologist and professor at the University of Toronto has felt obliged to suspend his practice due to his newfound stardom, but has still retained his medical license. Now, however, he may lose even this.

Prior to finding fame, Peterson had spent two decades fixing people’s broken brains without attracting a single complaint, but ever since he began amassing 3.6M followers on Twitter and publishing best-selling books saying things that made junior publishing staffers cry, matters have changed. In early January, it emerged that the Ontario College of Psychologists received so many recent accusations of grievance against him that they sentenced him to undergo a mandatory course of social media training instructing Peterson how to conduct himself “more appropriately” in the public sphere, at his own expense—up to $225 per hour, the current Canadian going rate for snake oil.

In theory, this training could last indefinitely, or at least until Peterson agrees to visibly recant and admit that his various statements were inappropriate, dangerous, or incorrect in some way. According to his accusers, Peterson’s utterances were “horrific,” “threatening,” and “harassing”; represented the spreading of dangerous “misinformation”; and were “embarrassing to the profession.”

“Bend over and take what’s good for you: It’s doctor’s orders.”

What had he been doing, exactly? Encouraging the tiresomely suicidal to just hurry up and jump off their damn window ledges? Not quite. Instead, he had performed such terrible acts as being unconvinced by COVID-19 lockdowns, criticizing various members of the Canadian government, making a joke about New Zealand’s PM Jacinta Adern, being a global-warming skeptic, and suggesting that morbid obesity may not be an entirely healthy lifestyle choice for all those outside the realms of professional sumo.

As Peterson observed, none of these complaints were related in any way to his actual clinical practice, but were “explicitly political” in nature; that is, he has dared to say non-woke things quite loudly in public, and certain outraged individuals now think he should be legally suspended from medicine because of this. Even more disturbingly, the Ontario College of Psychologists appears to agree, even though several of the complainants in question made false claims to be current therapeutic clients of Peterson’s (impossible, for reasons given above), thus seemingly making them proven liars.

Peterson refuses to comply and is preparing to fight a time- and cash-draining legal battle against the college; but he himself is rich and eminent enough to do so. Others lower down the medico-academic food chain may not be so fortunate, and perhaps it is actually those much more easily canceled individuals against whom this highly visible action is truly aimed, as a kind of preemptive warning. More than punishing Peterson himself, the more valuable effect might be to help prevent another Peterson from emerging in the future.

Political Asylum
If this all sounds somewhat Stalinist in nature, that’s because it is. The Oxford psychiatrist Sidney Bloch’s classic 1977 academic paper “Psychiatry as Ideology in the USSR” demonstrated how psychiatry in Josef Stalin’s Soviet Union actually worked—in an eerily similar way to how it now also works in Justin Trudeau’s Canada. Firstly, whilst only a minority of psychiatrists were full-blown Communist Party members, almost all those in positions of actual authority were, reflecting Stalin’s key principle that loyalty to leftist party ideology was more important than actual professional ability when it came to handing out the top jobs; the Ontario College of Psychologists might agree.

A full 25 percent of Soviet medical students’ curriculum was devoted to studying not actual medicine, but unrelated Marxist-Leninist dogma—more than studying actual surgery. Russia replaced the old Hippocratic Oath with a new one in which medics swore to “in all my actions be guided by the principles of Communist morality” rather than, say, actual medical reality—hence, a “good” psychiatrist might commit an entirely sane political dissident to a mental home just to shut them up, something justified on party grounds, not medical ones.

Victims were accused of suffering from entirely fictional disorders like “sluggish schizophrenia”—whose symptoms, conveniently enough, were so vague they could only be noticed by trained Communist physicians, not the wider public, to whom the patient might appear 100 percent sane, a diagnosis that makes about as much sense as saying someone who is clearly still walking around wide awake has slipped into a symptomless coma. The only real way for patients deliberately misdiagnosed to escape from incarceration was to agree with their doctors that, yes, they really were mad after all, and that their “incorrect” opinions were simply unfortunate symptoms of their insanity, much as Jordan Peterson is expected to admit his own “incorrect” views are symptoms of his own mental unfitness to practice today.

The Doctors’ Plot
Western medicine as a whole is now being subverted politically as shown by dissenting doctor Stanley Goldfarb in his 2022 book Take Two Aspirins and Call Me by My Pronouns, which charts the rise of far-left medical pressure groups with names like White Coats for Black Lives, founded in honor of that well-known amateur pharmacologist George Floyd in order to dismantle white capitalism and cis heteropatriarchy instead of treating their patients properly.

Ideologically infected bodies like the American Medical Association (AMA) now aim to dismantle the “myth of meritocracy and other malignant narratives” by weakening admission criteria to medical school, just so long as the potential student shows compensatory aptitude in other areas than academic potential instead—areas such as being black or left-wing.

As in the old USSR, Dr. Goldfarb found, centrally mandated new curricula dictate American students are now spending less and less time studying medicine and more and more time studying leftist dogmas like Critical Race Theory, anti-colonialism, and intersectionality. What is the justification for such twisted priorities? That health no longer exists in a vacuum. If you have AIDS, maybe it is no longer the result of you having unprotected sex with infected gay prostitutes in downtown Nairobi, but the ultimate cumulative effect of poverty, climate change, and poor public transport, schooling, and housing that led you to engage in such reckless activities; therefore, doctors now have an “extended role” agitating for policy changes in these areas, thereby justifying their indoctrination at medical school. Hence, Jordan Peterson’s skepticism on such issues might be suddenly redefined as damaging to public health, thereby “legitimating” his own persecution.

Now, say curriculum creators, trainee medics must get used to “incorporating dimensions of diversity into patients’ health assessment and treatment plans.” That sounds an awful lot like multiculturalism and homosexuality by prescription. Bend over and take what’s good for you: It’s doctor’s orders.

But by this logic, campaigning against abortion or unprotected gay sex would also by definition save lives, so doctors should be encouraged to do this, too, right? No, because these would be classed as conservative causes, not progressive ones, and doctors are now expected to demonstrate “allyship” with those deemed officially downtrodden enough in order to “disrupt oppressive practices.” One such method of noble disruption might be developing a “preferential admission option for Black and Latinx heart-failure patients,” as one hospital has done—if you happen to be a white man whose immediate cardiac needs are greater, I suppose that’s just tough luck.

A 2022 study found that three-quarters of America’s top 50 medical schools explicitly ask applicants’ views about diversity, inclusion, equality, and anti-racism prior to admission. As institutions now quiz candidates for such vital info as their “thoughts on opposing specifically systemic racism, anti-LGBTQ+ discrimination and misogyny,” it is unlikely those whose thoughts on such issues resemble those of, say, Jordan Peterson will any longer be allowed to pass through their hallowed doors, much as it was once rather difficult for avowed capitalists to gain admission to Soviet medical colleges.

If you doubt this, just look at the case of Amy Gallagher, a disgracefully Scandinavian-looking trainee NHS forensic psychology nurse in Britain who was recently placed under investigation by course leaders for disagreeing with diversity lectures she was forced to endure with titles like Whiteness: A Problem for Our Time. Accused of creating “a traumatizing environment for fellow students,” Amy was told by the course head that, “given her opinions,” the course might not be right for her, even though her actual clinical studies (i.e., the important ones) were going very well. Cleared of wrongdoing after she bravely refused to just quit the course, Amy is currently suing for racial discrimination after crowdfunding enough cash to do so—but how many others in her position would possess enough mental strength to do so?

Increasingly, ours really is becoming a sick society.