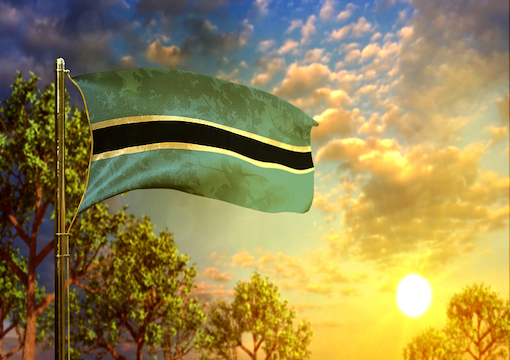 The only written words of mine that have ever had a practical effect on the world appeared in my review of Alexander McCall Smith’s book The No. 1 Ladies’ Detective Agency. Mine was the first review in the national press, and I like to think that it paid some small part in catapulting this, and subsequent books in the series, into the international best-seller lists. At any rate, the words have been quoted hundreds of thousands of times since, on the back of the same number of books. They go as follows:

The author’s prose has the merits of simplicity, euphony and precision. His descriptions leave one as if standing in the Botswana landscape. This is art that conceals art. I haven’t read anything with such unalloyed pleasure for a long time.

McCall Smith was, through another friend, a slight acquaintance of mine, and normally I do not like to review the books of people whom I know even slightly. As Oscar Wilde said with regard to reading a book before reviewing it, it prejudices one so. When, nevertheless, I do review a book by an acquaintance, my rule is this: I praise it if I would have praised it in the same way had the author been unknown to me, but if the book is bad and I have many adverse criticisms of it, I hold my silence.

After the book and its sequels sold by the millions, I said to Sandy, “If I’d known your book was going to be such a success, I wouldn’t have given it such a good review,” and he laughed.

Actually, he was a success before he was a success, as it were; or perhaps I should say, a success in more than one thing. He was Professor of Medical Law at Edinburgh University, publishing books such as The Forensic Aspects of Sleep and Errors, Medicine and the Law, and was also a respected bioethicist. He wrote the criminal code of Botswana. He had written popular children’s books. Furthermore, he was a founder and pillar (as bassoonist) of the Really Terrible Orchestra, an orchestra of amateur musicians with no pretensions to skill. As well as being very funny, this made the point that truly to appreciate skill, you must appreciate the absence of it.

“In Botswana, life is unhurried and retains the ceremoniousness that we have lost.”

The question arises as to why his books about an amateur detective agency in Botswana, run by a lady of “traditional build,” should have become so popular. To this I think the answer is clear: He depicts a society that is in many respects better, more free, gentler, and in a sense more civilized than our own, namely that of Botswana. No doubt his Botswana is partly mythological, a land in which people are naughty rather than wicked, and where even the bad tend to be polite, but Botswana is indeed the most successful country in Africa, free since independence of the political pathology that has plagued so much of the continent. Botswana has all the virtues of African societies without their vices; its people indulge in those peccadilloes without which life would be very dull indeed, and which furnish the subject matter of that most important of all human activities, gossip, but are mostly free of the vicious hatreds that seem more than ever to gnaw into our own societies like a cancerous ulcer.

The founder of the No. 1 Ladies’ Detective Agency, Mma Ramotswe (Mma is an honorific title in the Tswana language for a woman, implying respect), is an attractive and interesting character—which in itself makes McCall Smith’s creation a considerable literary achievement, for it is not easy to create characters who are good without being tedious, villainy being so much more interesting to us, and so much more varied and dramatic, than mere goodness.

Mma Ramotswe has certain characteristics that are not, to say the least of it, very prominent in our time. She is satisfied with her lot; she is grateful to her parents, especially to her father; she is patriotic and attached to place without despising anyone or anywhere else. She is tolerant and uncensorious without being devoid of standards. To him who feels, said Horace Walpole, life is a tragedy; to him who thinks, a comedy. On this classification, Mma Ramotswe is a thinker, though she is also generous and compassionate. She is innocent without being naive. She is both realistic and kindly, without being herself, as a literary creation, unrealistic. We believe in her reality, at least as a possibility.

In Botswana, life is unhurried and retains the ceremoniousness that we have lost. No conversation begins before certain formal inquiries have been gone through; politeness is so highly valued that almost no one fails to be polite. Mma Ramotswe marries the owner of the Tlokweng Road Speedy Motors, Mr. J.L.B. Matekoni, who is never referred to by any other name.

Normally, we think of ourselves as teachers of Africa and Africans; it is the latter who must learn from us, who are both technologically and politically advanced. McCall Smith gently and without ideological stridency reverses the direction in which learning should take place: We should strive to be a little more like the people whom he depicts in his pages, who are accepting without fatalism and simple without lack of sophistication. In other words, they have a better appreciation than we of what is important in life.

Of course, pleas for a simpler life recur at regular intervals, or even continually. The fact that they are repeated so often does not make them wrong in themselves; it proves only our weakness of will, our inability to answer any such call to a simpler life. What is unusual about the implied plea for simplicity in McCall Smith’s Mma Ramotswe series of books is that they are amusing rather than earnest. And for the time that we are reading them, we are actually transported to that simpler life, as if we were leading it ourselves for a time, which comes as a relief, harried as we are by taxes, repairs, appointments, phone calls, text messages, correspondence, leaks in the roof, unfinished work, finding a place to park, booking journeys, timetables and forms to fill, the psychological problems of others, the drug dealers in our street, 24-hour news, what to do about our savings, the decline in public standards, the proliferation of passwords and PIN numbers that we cannot remember, worry about identity theft, and so forth.

Oh, to be in Botswana!