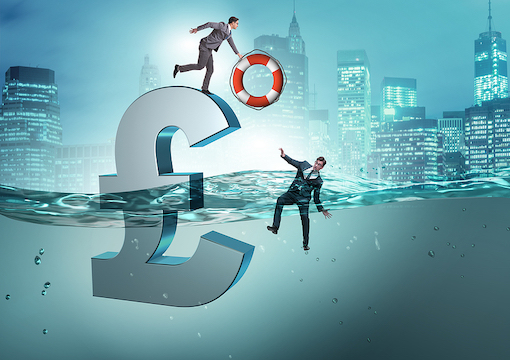 The British government has managed to spend approximately $50 billion on a system for testing and tracing cases of COVID-19. So far, the average citizen has been tested five times. Yet mysteriously, the British mortality rate is either above, or very similar to, that of countries that have tested and traced much less often. A parliamentary commission reported that there was no evidence that the whole system had had any beneficial effect whatever.

This was a very hasty and naive conclusion. It assumed, for example, that the real object of the system was to prevent illness and save lives. But if one puts aside this facile prejudice, one may come to the conclusion that it was an enormous success, for—in now traditional fashion—it shoveled enormous quantities of public money into private pockets, no doubt seriously enriching large numbers of people. If one assumes that the purpose of the expenditure was to create or reward a clientele class, not only does everything become clear, but it changes one’s opinion as to whether or not the whole thing was a success—in its own terms, of course.

This is not the first time such a thing has happened, nor will it be the last. For example, the government of Mr. Blair attempted to unify all the medical records of the country’s National Health Service, and spent more than $16 billion doing so, without a single thing to show for it—from the totally irrelevant point of view of streamlined medical records. From the point of view of a clientelistic relationship with a class of technocrats and miners of the public purse, though, for whom nothing succeeds like failure, it was a wonderful success. It would be interesting to know just how many millionaires were made by the whole scheme.

“Britain has pioneered and is now a world leader in a phenomenon that might be called legalized corruption or corruption without breaking the law.”

Britain has pioneered and is now a world leader in a phenomenon that might be called legalized corruption or corruption without breaking the law. This allows private looting of funds raised by taxation and government borrowing on an unprecedented scale. Combined with the moral and intellectual corruption of such services as the police, who indulge in para-police activities such as eliminating hatred from the human breast while ignoring burglaries, arson, and assault, value for money has become a concept without meaning or application.

I regret to say that I think that Mrs. Thatcher, blamed for so much, was unwittingly responsible for this situation, at least for getting the ball rolling. She found the British public service inefficient and left it inefficient and corrupt. This was because she had a faith in management as a science that could be applied by any manager to any organization. She failed to distinguish between business and businesslike. Naturally, public organisms ought to be businesslike, but so long as they are paid from public funds, they are not real businesses. Those bureaucrats who ran them, however, soon arrogated to themselves the perquisites of real businessmen, as they conceived them, without ceasing to be public service bureaucrats. And the most talentless of them proved to be, in the pursuit of his own interests, infinitely more intelligent, or at any rate more cunning (and ruthless), than Mrs. Thatcher.

Subsequent governments did nothing to reverse this development, on the contrary. Unlike her, who was unwitting, they saw in the clientele class a powerful ally. The class has grown and been ever more richly rewarded. Quasi-governmental agencies with regulatory powers, which have grown like mushrooms in a field, each with its class of looters who do not know that they are looting but think, rather, that they are self-sacrificing. As Marx and Mill pointed out, people tend to think what it is in their interest to think.

There is, admittedly, a problem with ascribing supposedly real but occult motives to governmental actions: that such ascriptions can easily slide down the slippery slope into unfounded or bizarre conspiracy theories. I don’t suppose, for example, that Boris Johnson consciously thought, “I will now devise a scheme that will enrich people who will return favors to me either when I am in or out of office”; and if he did think it, he would never have been so foolish as to leave tangible evidence of such.

But in a sense, it hardly matters whether or not he consciously thought it; the effect is the same whether he did or not. And the end result is hardly likely to be disagreeable to him. Public memory is short: The $50 billion will soon go down the memory hole, even if its effects will be lasting and deleterious. His cashable value to his cronies will remain, however.

The state, said Bastiat, is the means by which everybody seeks to live at everyone else’s expense. (You need not believe that this is the only function of the state to see the truth, or strong element of truth, in Bastiat’s dictum.) But in the past what most people wanted from the state was a secure living and a decent pension rather than a pharaonic scale of living. In Britain, at least, Mrs. Thatcher opened the Pandora’s box of bureaucratic ambition, and out flew all those soi-disant chief executives, directors of operations, deputy directors of business development, etc., and now they will never return where they belong.

Seen in this light, the recent shindig or orgy in Glasgow becomes rather more intelligible. There were 400 private jets said to have landed, like a swarm of bees (or is it vultures?) at Glasgow airport, for this event. It would be instructive to know how many of the owners of those jets owed their wealth in large part to favors done them by governments. Not all, probably, but many. We do not live in a liberal order, at least not liberal in the classical economic sense, but in a corporatist one, or one rather like the apartheid regime in South Africa, with its socialism and positive discrimination for one race. No doubt corporatism is to some extent inevitable because of the complexity of modern technology, which we cannot, or do not wish to, do without, but at least let us get our terminology right.