A Tidal Wave of Righteous Apathy 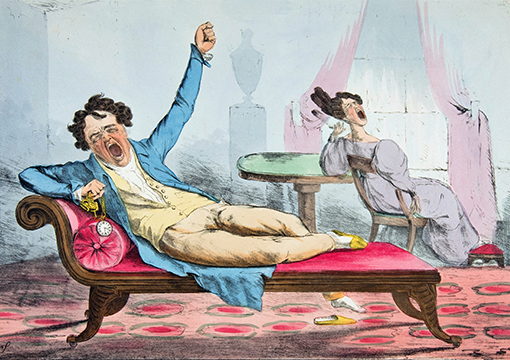 This is the year everything went wrong.

The year that the dried, cracked, and frayed rubber band that seemed to be holding everything together finally snapped from all the strain.

This is the year that boiled everyone’s brains.

Something has been taken from all of us this year, and it doesn’t look like we’re getting it back anytime soon.

This is why I laughed bitterly when someone from Canada—Canada!—recently implored me to vote for Trump this November as if it would significantly improve my life or theirs.

I voted for Trump four years ago.

Censorship and deplatforming are far, far, FAR worse than they were four years ago, and he hasn’t done a single thing about it.

He has deported fewer illegals than Obama did.

The debt has climbed even more quickly than it did under Obama.

He has surrendered America’s streets to the enemy.

He seems much more emotionally invested in snagging 5% of the black vote than he does in even daring to address white people as a group, even once. He caught tons of flak for his “fine people on both sides” comment regarding Charlottesville, but his Justice Department seems committed to prosecuting only one side—the one with the white males. The RNC commemorated the black loser who got shot by cops in Kenosha but didn’t make a peep on behalf of a single white victim of the endless nonwhite violence during Trump’s term.

Despite everything that Trump appeared to represent and in spite of all the hysterical warnings from his detractors, in 2020 it’s far worse to be a white male in America than it was in 2016.

So please tell me again what voting for him is supposed to accomplish.

“These people are so clueless that they don’t even realize their outrage has been cooked up for them like a cheap TV dinner.”

Will people stop being dumb?

Will things get better?

Will everyone suddenly put their rapidly metastasizing differences aside?

I realize they’ve made it impossible for Trump to get anything done, but what does that say about the limits of presidential power? Either Trump is a bad president, or the president doesn’t do much beyond give speeches and hand out medals. When it comes to everything that matters and everything he promised, his hands appear to be tied.

If the last four years have taught us anything, it’s that the president’s role is largely symbolic. In a rapidly secularizing society, voting rather than religion is the opiate of the masses. It gives them the illusion that their squeaky little voices matter.

You’re asking me which side I’m choosing to forcibly take nearly half of my wages and waste it all in spite of what I actually want or need?

This will be the weirdest election of all, and there will be chaos afterward, of that I have no doubt.

I suspect a Biden presidency would be funnier, but that’s about the only difference I can discern at the moment. The two-party system virtually ensures that things only get worse, including the level of public outrage.

I’m sure you’ve noticed all the outrage. How can you miss it?

Through a meticulously manicured system of selective information distribution and carefully managed news cycles, people who don’t know a fucking thing about politics scream at other people who don’t know a fucking thing about politics all day and all night…as if it will change anything beyond cementing their shared misery. They are slaves to a news cycle, hamsters on a wheel they were placed on while half-asleep. Due to automation and outsourcing and the demonstrable fact that government exists only to perpetuate government, their lives have been rendered empty and meaningless, so they fill the deep holes inside themselves with endless outrage. These people are so clueless that they don’t even realize their outrage has been cooked up for them like a cheap TV dinner.

It is like rubber-necking at the proverbial car crash, but after a while you realize that to keep staring at a car crash—instead of looking at the road ahead of you and continuing to drive—means there’s something wrong with you.

Imagine writing for 30 years and realizing the world is far dumber than when you started. Not that I’m to blame, but obviously I’m not helping, either.

Was it Nelson Mandela who said that hating someone is like drinking poison and expecting them to die from it? Well, I feel that getting upset about politics works the same way. Politics remain politics, while you wind up with an ulcer.

I see people working themselves into conniptions online about politics, and I feel a contemptuous pity for them. I was once among their flock, but yea, I have healed myself. How much emotion is worth wasting on something that rarely, if ever, gives me satisfaction? I don’t see the point of getting upset anymore. Not much bang for the buck there.

Of course the situation is disgusting. But I don’t see the value in getting disgusted anymore.

Getting upset about it only hurts you and not them. This simple concept flew over my head for an unforgivable number of decades, and it still seems to evade most of the people who open their mouths online.

I simply think, “Oh, yeah, they’re lying. That’s because they’re liars. That’s what they do.” It’s much easier when you realize it’s their problem and not yours.

I’ve spent about enough outrage for one lifetime, thanks. There will be things that annoy me—that’s inevitable when you’re me—but for the most part, unless I can turn it into a good joke, I’ll merely look away. Who needs all that annoyance? Let the Perennially Upset circle-jerk one another into oblivion.

The word “apathy” was often tossed about as a pejorative in the wake of Watergate and Nixon’s resignation. People who’d naively grown up thinking the government acted on their behalf had been disabused of all their childish fantasies. Funny, though—I remember the mid to late 1970s as the most unabashedly fun time in American history. There’s something to be said for not allowing the bastards to ruin your mood.

Then, at some point, people made the stupid decision to start caring again.

I realize that people like to have hope, but at this point being hopeful seems sad and naive to me. What’s the advantage of being correct in a world that can’t admit the truth? What’s the point of being upset with idiots when the idiots can’t even bother to be upset with themselves? Inside my rib cage I’m starting to feel a rolling tsunami of apathy powerful enough to crush the Hoover Dam. Hoo-boy, I could use a whole season of apathy right now. Maybe a year. Or make that ten.

It’s astounding how much better life gets the moment you stop caring about certain things. It’s surprising—although it shouldn’t be—how much better your head feels when you stop banging it against a wall.

I know it sounds like hopeless despondency, but life gets better the moment you stop caring about this crap. Try it—I dare you.