A Week Without Politics 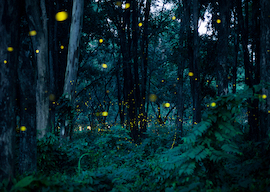 About a month ago, this site’s editrix informed the writers that she’d be taking a much-needed break this week and if we wanted to run a feature anyway, we’d have to submit it in advance.

I decided to submit an article but take a week off from politics.

In the long run, thinking about politics is a deflection from living life. No matter what I write or how I vote, the debt is higher, there’s no wall, immigration is unchecked, Israel is still America’s master, I have no say in how the government spends even a dollar of the money it bleeds from me, nearly all journalists are dishonest, most people are deeply and incurably stupid, Republicans and Democrats are two arms on the same Frankenstein, the USA is culturally fractured beyond repair, the press still uses the euphemism “teens” for “black rioters,” women still make false rape claims while denying the very existence of false rape claims, white people are being systematically dehumanized by the same propagandists who scoff at the very notion that white people are being systematically dehumanized, trannies remain “the gender they were assigned at birth” no matter if they spend a million dollars to mutilate themselves, the “oppressed” would be just as rotten as the “oppressors” if only given the chance, the only truly pervasive racial hatred in public discourse these days is aimed toward white people, Americans probably haven’t fought a necessary war since 1776, the government is the biggest gang by definition, the left is constantly panicking about race and gender while the right is constantly panicking about degeneracy, feminism has been bad for both women and men, “justice” is merely a dishonest word for revenge, people who make public displays of moralism are the worst people in the world, slavery has been practiced by every race throughout history no matter what they tell you in school, white people are by far the least “racist” group in modern America, the difference between modern immigrants and immigrants of yore is that the latter sought to join the culture rather than destroy it, there is no way to objectively quantify what’ “fair” and what isn’t, you can’t have multiculturalism without cultural appropriation, human beings are innately inhumane, nearly everyone is brainwashed yet is either too stupid to realize it or too arrogant to admit it, IQ differences are real, some countries are shitholes and some aren’t, “hate” doesn’t explain anything, people are amply capable of empty moral outrage but utterly incapable of thinking, women are every bit as mendacious and vicious as men if not far more so and will attempt to destroy you if you merely point it out, no men are created equal, most people lie to themselves and others about things both great and small, things will get far worse before they ever have the faintest hope of getting better, everyone on social media suffers from Dunning-Kruger effect, and if I hear anyone else judge whether I’m not an asshole based strictly on my political opinions rather than my behavior toward them, I’ll give them a wedgie that will put them in the hospital.

“Those who know how to enjoy life do exactly that. Those who don’t, well, they argue about politics.”

Just like religion is the false idea that people can be redeemed, politics is the false notion that people can be managed. It’s based on the naively desperate belief that there exist good and workable answers for how to deal with this mess called society. Maybe investing hope in political solutions helps people pretend that the world isn’t too complicated for humans to untangle.

I don’t remember things being so hyper-political in the past. Maybe it’s because American culture is tremendously unstable right now. When members of a society are mostly on the same page, things don’t seem nearly so “political.” But right now, it’s a constantly tiresome shit-flinging contest about exactly what this society means and is supposed to be. You can thank “diversity” for that.

Those who know how to enjoy life do exactly that. Those who don’t, well, they argue about politics.

And right now, I find myself in the midst of a midsummer evening which, if experienced directly, is entirely apolitical, and smack me in the ass with an iron spatula if it doesn’t feel good. The steaming humidity and the eternal drone of the summer bugs. The intermittent green glow of fireflies like tiny silent firecrackers. The condensation on the mason jar holding my iced tea. The dozens of towering giant pine trees that encircle my house like biblical elders. The giant spiders that string themselves outside on the back deck this time of summer. The squirrels who eat the dog food out of the bowls out on the deck.

Then the squirrels get chased away by my two dogs, Bam-Bam and Junior—one a mentally retarded 80-pound Pit Bull/American Bulldog mix, the other a canny and manipulative 30-pound Boston Terrier/Boxer mix. With the squirrels chased away, they proceed to have a tug-of-war over a rubber strap. Junior almost always wins. And unless Junior happens to sniff Bam’s ass—which happens more than I wish it did—I don’t have to think about homophobia or Pride Month.

And this girl next to me. If Mick Jagger had her lips, The Rolling Stones would have outsold The Beatles. She’s so beautiful and kind…and so humble, she doesn’t even realize it.