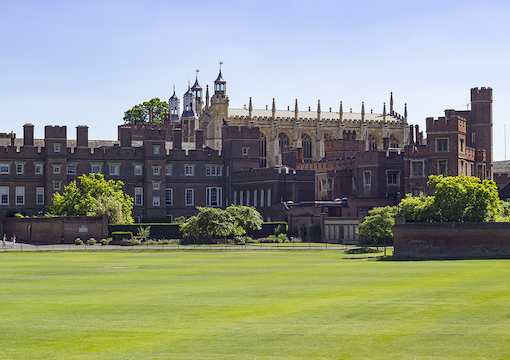 Eton College now stands just one apology away from being the first establishment institution to acknowledge that men and women are different.

A bulk of government ministers, media pundits, financiers, royals, and academics simply refer to Eton as “School”—the assumption being that anyone on their hallowed turf must have come from the same crucible of the elite. Located in the shadow of Windsor Castle, the boys-only high school is now at the center of Britain’s gender-war debate. The result will be impossible for the establishment to ignore.

A fall from grace is probably more stressful when covered by the national press—but there is a certain privilege in speaking truth to power at Eton: You at least get your day in court. Once the word went out, it took just hours for Will Knowland’s ex-students to raise the tens of thousands necessary to appeal his dismissal. Some of his ex-pupils were in positions to offer housing to the English teacher and his five children, having left his classroom just a few years earlier.

The whole country can now see Knowland’s lecture, which the school banned from its intranet. The jury is open. What exactly is so offensive about the video that Simon Henderson—Eton’s headmaster—sacked him for gross misconduct?

In summary, the presentation merely reaffirms what any sane person already knows: Men and women are innately different and modern gender theory is a load of rubbish. Are parents really paying the world’s most prestigious school £43,000 a year to teach their children how blue the sky is? No, they’re not. The existential purpose of Knowland’s lecture is to reveal how offensive the traditional view has become in a place where the nation’s elite forge their concept of reality. It is both a wake-up call and a correction for a society that has tactfully avoided offending a radical minority for long enough that they are now in charge.

“The presentation merely reaffirms what any sane person already knows: Men and women are innately different and modern gender theory is a load of rubbish.”

The hurdle we have to overcome is not mainstream falsehood but the type of censorship that “alternative truths” (let’s be kind) need in order to survive. Let everyone have their ideas, in other words, provided that they don’t shut other people up.

There is nothing new under the sun, of course, but narrations of truth must be updated to correspond with the fads of the era. Though his presentation of the facts is well referenced, Knowland points out that scientific data has been brought to support feminist gender theories, too. So, in describing the differences between the sexes, it is for a teacher of English (rather than biology) to draw on the experience documented by nearly the whole of humanity’s literary output to set the record straight: Men and women are different, carry out different roles, and, for what it is worth, do so because of their innate advantages and limitations. Knowland thus launches himself deep into a “Red Pill” discourse that has been hashing out the relationship between biology and society for almost as long as modern gender theory has been attempting to redefine it.

“Red Pill” thought is named for the choice of taking a pill that will reveal truth as it is, as opposed to a “Blue Pill,” which represents truth as it is conventionally perceived. A philosophy of chat-room autodidacts, Red Pill concepts really have to be provable in the experience of the vast majority of people if they are to hold any water. Thus connecting scientific abstracts to real-world experience, much of the Red Pill discussion surrounding sexual dynamics has drawn from the observations of highly promiscuous “sexperts” and “pickup artists” like Julien Blanc (The Game), or Roosh Valizadeh (Return of Kings; the Bang series). Debarred from entering European countries “for the public welfare,” both these men now eschew the lives of promiscuity they once described—the dark tunnel of bio-determinism leading, as it often does, to some form or another of secular conservatism. Are we to disregard observations that contribute to conclusions aligning with [sic] “extreme right wing groups” as “unacceptable”? If so, how are we to know whether we punish miscreants for their transgressions or for the science that those transgressions prove?

Careful attention to the way our declaredly libertine society responds to these Lollards of the carnal indices allows us to tease apart what the establishment deems to be acceptable behavior and what it deems to be acceptable facts. This is not the first time that the Red Pill has clashed with serious academia (academics like Dr. Donna Zuckerberg have attempted to tackle what she sees as a problem of the Red Pill using classical antiquity to support their views), but this may be the first time that the reputation of a serious academic institution is at stake.

If precedent provides any indication of how this will pan out (Zuckerberg’s book was not well reviewed), it would be in Eton’s enlightened self-interest to apologize to Mr. Knowland and look like they mean it. In fact, Simon Henderson is perfectly placed to steal the march against cancel culture in perhaps the only way that the woke will stomach—with an apology. Without questioning that feminist orthodoxy is always and everywhere correct, all they need do is acknowledge that Knowland is not entirely wrong.

Eton could yet save its face and reputation as one of the greatest schools on Earth.