A Bright Future for Pessimists 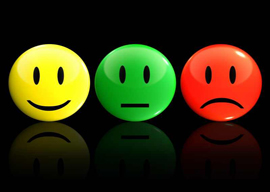 It’s said that no news is good news, but the problem is that there’s plenty of news, and all of it’s awful.

I scanned my memory banks to try and remember the last time I heard a news story that pleased me or gave me hope for the future.

It’s not that there aren’t problems with the way the news is being reported, because there are multiple problems with that. Like a greasy slop-pile of Waffle House hash browns, nearly every coronary-inducing scrap of news fed to us from the corporate media is scattered, smothered, covered, capped, chopped, chunked, and diced to suit the owner’s ideological agenda and to please the advertisers.

But the big problem is with the news itself. It makes you not only want to kill the messenger, but also yourself.

I heard the news today, oh boy. There are no profanities up to the task of describing what has happened to the world around me.

To cop a fave term of the progs, our financial and cultural situations have metastasized into something “unsustainable.”

Due to the US credit rating being downgraded late on Friday, expect the financial markets to make a loud crashing sound when they open today. America is bleeding, the world smells blood, and things will only get worse. If you think otherwise, I think you’re probably the sort of person who looks up before crossing a busy street.

“These days, optimism is the sole domain of liars and morons.”

And culturally, it’s not like we’re not on the same page anymore—we aren’t even in the same library. The feds should issue a Travel Advisory Warning for all Americans to leave the USA immediately. And the process seems to be accelerating, like speeded-up time-lapse photography of a decaying corpse. Roving black mobs indiscriminately kick in white skulls at the Wisconsin State Fair, and gun-toting homies spray bullets into a North Philly bus. Canada is starting to get a bitter taste of American-style diversity. And London’s burning.

These days, optimism is the sole domain of liars and morons. To think it’s “all good” is to get it “all wrong.” In pragmatic terms, Americans would have been wiser if they’d elected a president who’d campaigned on a platform of hopelessness rather than hope.

Will someone—anyone—please blow my head clean off my spine with some good news?

I searched the phrase “good news” on Google News. It didn’t help. Much of the “good news” consisted of trifling puff pieces about entertainers, athletes, and techno-gizmos. American Idol runner-up and mascara-smeared butt-dumpling Adam Lambert is sharing the “good news” with the world that he’s in love. Two members of the Carolina Panthers broke into fisticuffs at their training camp, and a blogger somehow believes this is “good news” for the team. And a cutesy fake hand welded onto the new iPhone that enables you to “hold hands” with the device is deemed by a headline writer to be not only good news—it’s great news!

This is all more than depressing.

What’s worse, my “good news” search led to headlines that are merely false positives: “No Good News,” “Good jobs news is simply a mirage,” “Good News That Is Really Not So Good,” and “Good news: A [nuclear] meltdown would kill fewer than we thought.”