A Confederacy of Coconuts 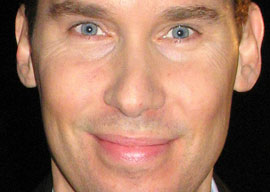 “I WANT TO BELIEVE,” announces The X-Files“ Agent Mulder, although silently, via that austere poster on the wall of his dark basement FBI office. It’s a declaration of defiance; Mulder was exiled to his subterranean berth by agency higher-ups who were embarrassed by his caseload of alien abductions and chupacabra sightings.

When the X-Files phenomenon fully ripened almost twenty years ago, I feared the program would further popularize cryptozoology and other Fortean phenomena. Worse (as far as the health of the body politic was concerned) was the way The X-Files“ glamorized conspiracy theory investigations came to represent a kind of 21st-century chivalry.

Note, for example, the thrillingly chaste “romance” between the two noble lead characters. Wielding their flashlight-swords, Agents Mulder and Scully stoically traverse a shadowy, seductive post-modern Gothic landscape on their weekly crusades and dragon hunts.
I should have been right. September 11 happened during the show’s penultimate season, after all. But while “9/11 Truthers” do, alas, exist, they never achieved the cultural traction once enjoyed by, say, JFK buffs; “once” because the massive resurgence of interest in that morbid topic that I expected to witness on the 50th anniversary of the assassination last November also failed to materialize.

One particularly distasteful breed of conspiracy theory that stubbornly refuses to die, however, is that which posits the existence of local, national, or even international pedophile rings.

Does pedophilia exist? Sure. However, it doesn”t follow that perverts have semiorganized themselves into some kind of parody of Freemasonry, a Bilderberg of diaper snipers.

For whatever reason”a quirk of the collective unconscious; individual shame and guilt; profound resentment of the ruling elite”the modern mind wants to believe in these vast pederast conspiracies, even though, again and again, investigations into their existence come up embarrassingly empty.

Yes, we can argue that this is because “the authorities” are members of the ring, too, but lots of “authorities” were in on Mafia and KKK malfeasance; this made prosecution difficult, but certainly not impossible. There are museums packed with primary source evidence of the Klan’s existence, and the Mob’s; contrast that with this utterly bizarre example of what can only be described as anti-journalism that appeared in the UK’s Islington Tribune earlier this month:

Despite recognition that a huge paedophile ring preyed on Islington children’s homes in the 1970s and 1980s no one has ever been prosecuted and all the records of the homes and the names of the children who went to them have been “lost.”

Here in Canada, a $53 million inquiry failed to uncover a widely rumored pedophile ring in Cornwall, Ontario. (The Ontario Provincial Police had already reached the same conclusion eight years earlier.) At the end of the day”or, rather, the decade and counting”only one individual was ever convicted of any crime.

Speaking of fictions, witness the popularity of HBO’s series True Detective, about two cops trying to crack open a pedophile ring in (unsurprisingly) Louisiana. “Unsurprisingly” because, some would argue, Hollywood and TV Land are ever eager to demonize Middle America to divert attention from their own immorality.