A Convergence of Colossal Coincidences 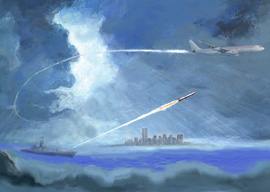 When news broke on September 11, 2012 that an American embassy and consulate were besieged it was distressing. It only became alarming when the White House and American news organizations reported that the date’s significance was little more than a coincidence.

By the next day, after the first United States ambassador in thirty-three years had been assassinated, this narrative was altered. The attack in Egypt was still a “fluke,” but maybe not Libya. For once it seemed even the vaunted ignorance of the American populace had been overestimated.

I don’t believe in coincidences, although many lamentably do. I believe there are enormous and continual efforts made by powerful interests to convince the public that incredibly improbable happenstances continuously occur.

So to the extent that various incidents have been “coincidenced” right out of existence, they bear repeating.

One of the more revealing “coincidental” moments happened on July 17, 1996, when TWA Flight 800 was shot down by a missile (or not, despite the evidence).

“It’s astounding how often inconvenient facts can be “coincidenced” into a palatable narrative where officials do no wrong and the public need not worry.”

Where that projectile originated is in some dispute. Probably it was from the American Navy, which was conducting exercises in the immediate vicinity. Possibly it was from terrorists in a boat below. But mistake or massacre, it happened.

When former Sen. Pierre Salinger, past correspondent for ABC News, provided documentation he went from respected colleague to laughingstock in one day. This is presidential power and media complicity in action.

But Salinger was correct. Technicians detected explosives residue on recovered fabric. Chemists did the same.

Eyewitnesses reported seeing a missile rise from the ocean’s surface up to an aircraft which subsequently exploded and fell into the sea. These people were located from every conceivable angle. One even had a serendipitous photo from that night which seemed to show a missile in the background.

The government said that all these people were hallucinating and didn’t see what they said they saw. Some literally didn’t know up from down. The smoking-gun photo was a fake, then it was an illusion, and then it simply went away. Everyone made a “coincidentally” corroborating mistake. Meanwhile, 230 innocents died.

Another interesting “coincidental” occurrence was April 20, 1999, when it was reported that two disaffected youths stormed Columbine High School, leaving 21 injured and 13 murdered.

Few doubted the original narrative, yet strange and chilling stories began to emerge. Parents who rushed to the scene stated that authorities refused to enter the building to stop the carnage for an hour or more. Many parents say they retrieved their own weapons but were barred from doing the job that the local SWAT team was too cowardly to attempt, and that those same officers may have accidentally shot fleeing students.

Moreover, the plausible account of dual disgruntled loners with a few homemade pipe bombs became dubious once it was revealed the number of incendiaries was nearer to one hundred, including at least two twenty-pound propane timed devices.