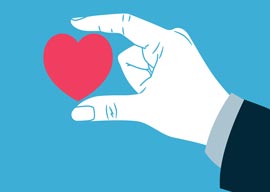 There comes a time in any man’s life when he wants to accumulate no more possessions, but rather disembarrass himself of those he already has. For otherwise he is in danger of becoming like one of those old people who throw nothing away and die among piles of old newspapers, documents, packaging, and mummified food. My father was a little like that, though only with regard to paper clips, rubber bands, pins, staples, and carbon paper (he never acknowledged that the age of carbon paper was over). In his early days he had been a Marxist, and I think he retained an attachment to use”rather than to market”value. What further
use to anyone could a first edition of Alexander Pope be (which he therefore threw out) when there were so many cheap editions of Pope to be had, and hardly anyone read him anyway? By contrast, paper clips might always come in handy, especially in times when finite resources were declining and there might be no metal left to make them in the future.

Be that as it may, I decided the other day on what my grandmother used to call, with reference to the large bowel, a good clear-out of my study. First to go were piles of medical journals that I knew that I should never look at again”if I had looked at them in the first place, that is. And among those journals for ejection, pride of place went to The Lancet.

“What irritates me is The Lancet‘s relentlessly self-righteous moral tone, as if it had taken the Dickensian characters of Messrs. Pecksniff and Podsnap as a model and decided to imitate them.”

This journal had long irritated me, though I am far from denying that it still publishes scientific articles of importance. No, what irritates me is its relentlessly self-righteous moral tone, as if it had taken the Dickensian characters of Messrs. Pecksniff and Podsnap as a model and decided to imitate them. On its glossy white cover each week it prints in large letters an extract from an article within that evidently it”that is to say, its editor”considers of cardinal importance for the world (the very idea is intrinsically self-important). The Lancet speaks, urbi et orbi.

There being no reason any longer to clutter one’s house with print editions of modern medical journals, everything being so readily available online, I dispatched all this sickly high-mindedness (that makes the Victorian evangelical seem like a creature from a painting by FranÃ§ois Boucher) into the dustbin”actually, a black plastic bag”with a song in my heart. Farewell, equity; farewell, justice; farewell, health as a human right; farewell, mental health for all; and good riddance!

Of course, I did from time to time sneak a little look at some of the articles before I threw them away, for unless you know what you are being liberated from you can experience no feeling of liberation. Here, for example, is the profile of a man who has made a career of campaigning for health as a human right. I won”t mention his name because it is not my intention to be personally vindictive; but the article comes with a small photograph of him that exudes Podsnappian self-satisfaction. I couldn”t help noticing, also, that he wears a nasty dark-blue shirt with an olive green tie, as if no truly good man could dress with taste. Dressing badly, though not too badly, shows that you have more important things on your mind.

The subject of this admiring profile is said to be “quite outspoken but not too confrontational.” He gave a speech at the United Nations that, according to the man himself, “was as punchy as I can be within the rules both spoken and unspoken.” The quintessence of apparatchikism. He decided, 15 years before the article was published, that, as a human rights lawyer, “he needed to expand the traditional boundaries of his calling””more or less to include everything. There is a kind of grandiosity about this that produces in me a similar effect as that my teachers used to produce when they had a piece of defective chalk that squeaked on the blackboard. Here is a man so perfect, so moral, so well-intentioned, so benevolent towards humanity, that he feels he has the right”no, the duty, the calling”to lay down the world’s agenda.

It would be unfair to the article to deny that it contains one little ray of humor, of elementary veracity. The son of this paragon was apparently once asked by a friend what his father did for a living. He replied, “He travels around the world doing good.” And then, after a pause, the son added, “But it never works.”