A Dummy’s Guide to Lowbrow Culture 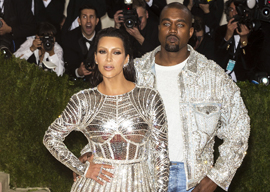 After 9/11, Vanity Fair editor Graydon Carter declared “the end of the age of irony.” Now that politics has been taken over by a winner, we declare “the end of the age of politics.” Trump promised us we”d get bored of winning and I already am. The New York Times has apologized for their terrible behavior and has committed to improving (though they still get crabby when they talk about subscriptions). Professors fired for violating PC dogma are being reinstated with a raise and an apology that sounds exactly like The New York Times“. For now, at least, the dust has settled, so it’s a good time to catch up on what America really cares about: celebrities.

I”ve been looking into this for about a week now and it’s far more disgusting and macabre than I thought. I”m learning there is a bizarre caste system within celebrity culture that begins and ends with reality stars but focuses almost exclusively on ass. The most important celebrity family in America is the offspring of some Armenian lawyer who was played by Ross in the O.J. miniseries. He had a whole slew of daughters who are obsessed with bedding rich black men. This may go back to the Armenian role in slavery during the Ottoman Empire, but I can”t be certain. The uglier ones date black men who die, but the prettiest one is an enormous-assed brunette named Kim who married a rhyming singer with Tourette’s named Kanye. She catapulted the whole family into fame by filming herself being penetrated by a black millionaire. This fame boost included the stepfather, who took over the family after the Armenian father died and is a transsexual who recently killed a woman. He’s had so much plastic surgery, it gave him a panic attack. This is a rite of passage for everyone in the family and that includes everyone associated with them. Even Kanye’s mother died from it. As the youngest girls grow older, they go from looking like normal children to cartoon whores. It’s assumed they too will date African-American millionaires. Even the brother has (you can watch the recent birth of his child here).

“Overall, if you”re going to get involved in celebrity culture you need to start worrying about butts.”

Outside of this strange South Caucasus family and their obsession with black royalty, we go down a step to the usual mishmash of entertainers. Most of them are obsessed with adolescent politics like “unite against hate” and “changing the conversation on climate action.” There is a remarkably handsome homosexual named George Clooney who is very adamant about actors having important things to say such as “There’s not going to be a President Donald Trump. We”re not going to be scared of Muslims or immigrants or women.” Mark Ruffalo is basically the exact same person and he’s been ensconced in clean water for years, recently focusing passionately on Indian water. There’s also a younger version named Leonardo DiCaprio who is worried about all the same stuff Mark and George are but has zeroed in on global warming. He recently did a whole movie about it where an Indian woman asked what the hell else her country should be using for power outside of affordable energy such as coal and he responded by moving on to the next segment. You may remember a lot of this behavior from junior high and that might be because many of these men became famous around then and haven”t checked in with reality since.

While most are still as attractive as they”ve been since the whole concept of fame began, there are a few who seem determined to make themselves as hideous as possible. There is a plump Jewish woman named Lena Dunham who, along with her white male father, hates white men and is still working hard to prevent Trump from being president. She is very vocal about federal politics despite having very little experience outside of writing about herself. This is perhaps why she feels such a strong kinship with our current president.

After these movie and TV stars, we have pop stars such as the very talented Taylor Swift, who only comes into view when her (not that gigantic) ass is grabbed. Below that, we have royalty who are almost never discussed. It’s mostly just Princess Kate and it’s usually something involving her (quite reasonable) ass.

Then, at the very bottom of the hierarchy, we come back to reality stars. Despite also dominating the top spots, reality stars are akin to “the untouchables“ and the accusation was something that was often lobbied against Trump. Bravo is the network that seems to dictate who’s who in this world and is run by what seems inarguably to be an amoral gay named Andy Cohen. These stars make perfect fodder for broadcasters because they don”t really change anything and are completely expendable. Suicide and divorce are rampant in these fields, but like a soap opera, the second you lose someone they are immediately replaced. None of these people seem to last for more than a season, which keeps the lower levels of celebrity fresh and affordable. They”re the Soylent Green of fame.