A Fate of Ice and Fire 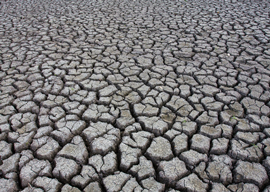 The title I wanted for my 2009 call to pessimism was We Are Doomed, Doomed. The publisher thought that was too dark, though, so I settled at last for just one “Doomed.” A good thing, perhaps, as the original title is now available to authors reaching for a deeper level of despair.

David Archibald might have used it. His book Twilight of Abundance: Why Life in the 21st Century Will Be Nasty, Brutish, and Short offers prospects of worldwide resource depletion, failed states all over, mass starvation, and frequent small nuclear wars. All this, and climate alarmism too! As one doomster to another, I”m impressed.

Climate alarmism is the author’s fundamental premise. However, this is not global warming orthodoxy. For that, Archibald has nothing but scorn. Warmism is, he declares, a “millenarian cult” aimed at “re-creating medieval fear and superstition” by spreading “the peculiar notion that carbon dioxide causes global warming.”

“My sole engagement with the politics of climate is a firm resolve not to vote for any candidate who makes dogmatic pronouncements on the subject, either pro or con.”

It is one thing for UN-EU bureaucrats to conspire against the productive elements of society … Individual scientists selling their miserable souls for thirty pieces of silver is also … nothing new. What has been extremely disappointing is the learned societies, professional societies, and other scientific institutions accepting the global warming hoax without question, even though a moment’s consideration would have shown that the premise is laughable.

As that overheated [sic] language shows, the climate debate has long since degenerated into political hysteria on both sides. Disliking politics, and being of a non-hysterical temperament, I try to keep the whole business at arm’s length.

Like Gregory Cochran, I don”t find climatology very interesting and am not going to invest the time needed to have a fully-informed opinion. I hear from physicist friends who do have expertise (and no axes to grind) that, yes, humanity is warming the planet; but by how much is debatable, and what”if anything”we should do about it yet more so. My sole engagement with the politics of climate is a firm resolve not to vote for any candidate who makes dogmatic pronouncements on the subject, either pro or con.

David Archibald is not”obviously”a warmist, nor yet a mere milquetoast denialist. He predicts global cooling. His prediction is based on studies of the solar cycles”ebbs and flows in the Sun’s own electromagnetic “weather.” The cycles are from 9 to 12 years in length: we are currently six years into the 24th cycle since proper solar science began.

Archibald’s own studies, supported by findings from Norwegian astrophysicist Jan-Erik Solheim and others, predict that this current 24th cycle will be unusually long, and that this presages further cooling over Cycle 25, taking world temperatures back to those of the post-medieval “Little Ice Age.”

The demographic and geopolitical consequences will be tremendous. In a lip-smacking chapter titled “Populations on the Verge of Collapse” the author tells of the coming food crises in the MENA region (Middle East and North Africa), where tens of millions will starve to death. The tone here is refreshingly unsentimental:

It would be much better for the West for an anti-Western regime to replace the Assads than for a pro-Western one to do so. If a pro-Western one supplants the Assads, there may be a feeling of responsibility to keep the Syrians fed. The result will be the same in either case”population collapse due to starvation”but much less treasure will be wasted defying destiny with an anti-Western regime.

Now that’s my kind of statecraft!

I am less enthusiastic about Archibald’s prescriptions for U.S. foreign policy, which are ferociously neocon.