A Flotilla of Troubles 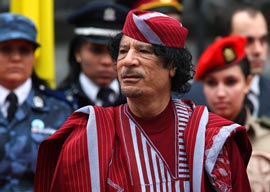 Another week, another mass drowning of miserable people, another ostentatious lamentation from politicians and pontificators, all the way up to The Pontiff himself. As the author of a novel about sad beachings and European ethnic angst, which involved struggling through millions of real-life “compassion”-soaked words, it all seems terribly familiar.

This week, an estimated 1,300 migrants are thought to have perished in the Mediterranean, as fair weather tempts traffickers to venture out from Tunisian, Moroccan and especially Libyan harbours packed to the gunwales with real refugees and economic opportunists. Others sell old and leaky vessels at exorbitant prices to men, women and children who may never have seen the sea before. Last year, according to the U.N., 219,000 came north this way, with around 3,000 dying en route – this year looks certain to exceed both figures.

“Farage forbore from mentioning such other strokes of geopolitical genius as Kosovo, Afghanistan and Iraq, all of which were abetted by Conservatives panting for imperial days.”

The travellers are bound for former ramparts, now become portals – Malta, Lampedusa, Sicily, Rhodes – or, increasingly, empty ocean within European territorial waters, where they bump into merchant ships (literally, on at least one occasion), or the overworked representatives of the EU’s Operation Triton. An energetic few among these Wretched of the Earth prepare themselves for their new liberal-democratic lives by organizing earnest political debates culminating in the pitching overboard of Christians.

After cursing coastguards have brought the survivors into port – thousands every week – they are met by phalanxes of mawkish media, and a blend of racking guilt and cynical calculation. Politicians and journalists who have not darkened any church’s doors for decades are all of a sudden preachers, out-gushing rivals in emotional incontinence, and calling on others (always others) to assume “moral responsibility”. In their rush to be seen to be concerned, they forget not only the old and crowded nations from which they stem, and whose interests they claim to champion – but also the migrants, who are encouraged by our weakness to launch themselves in ever greater numbers onto the treacherous Middle Sea. Present UK policy acknowledges the latter problem: “Planned search and rescue operations in the Mediterranean,” the Foreign and Commonwealth Office opined last year, constitute “…an unintended “pull factor”, encouraging more migrants to attempt the dangerous sea crossing.”

Similar scenarios have been spelled out before, most famously in Jean Raspail’s 1973 novel Camp of The Saints, but even in British government documents, such as Admiral Chris Parry’s prescient 2006 predictions. In real life, like in The Camp, loud voices compete to miss the point, and lose sight of the big picture of revolutionary transformation by focusing on the sad detail of the human stories and on procedural failings. Many have bemoaned the ending of the (highly expensive and ineffective) Mare Nostrum search-and-rescue programme. Some seek absolution through energetic prosecution of people smugglers or, like Paddy Ashdown, by preemptive strikes against traffickers to keep the fascinating-terrifying foreigners from getting too intimate with us. An urgent EU summit this Thursday will doubtless make more technical adjustments.

Rather than really thinking about the implications of all this immigration, the Independent‘s Simon Usborne prefers to ponder on tabloid journalist Katie Hopkins who, Simon says, uses “language that might give Hitler pause.” Usborne’s article is a classic of an uptight genre, with its protestations of non-partisanship – “it is not about political correctness. It’s about decency.” Then there are the customary bland threats – “Even before we consider her words in relation to the legal definition of racial hatred…” – and calls for action of any kind – “…if the editors and producers who give her a platform…think that column was acceptable, they must explain why, and justify her future employment.”