A Furor Over Foreskins 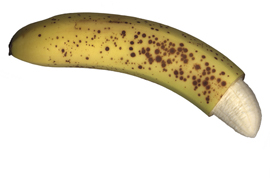 Last year I wrote about the anti-circumcision campaign here in California, and now another chapter in the Foreskin Chronicles has opened up in Germany. Whereas the California campaign fizzled, the District Court in Cologne on June 26 banned the circumcision of boys for religious reasons. The court reasoned that the practice causes bodily harm and that the child should be able to choose his own religion when he is older.

Cologne’s judges have succeeded where the United Nations has failed since 1948″they”ve brought Jews and Muslims together. The national leadership of both faiths roundly condemned the ruling. Although Berlin’s Jewish Hospital suspended circumcisions, Angela Merkel vowed to overturn the ban, and the country’s lower house of Parliament followed suit. Despite this, the agitation crossed borders into Switzerland and Austria. Several Swiss hospitals have at least temporarily suspended the practice in response to the German court, while the governor of Vorarlberg in Austria advised his state’s hospitals to do the same.

“Cologne’s judges have succeeded where the United Nations has failed since 1948″they”ve brought Jews and Muslims together.”

Pinchas Goldschmidt, president of the European Conference of Rabbis, called the ban “the worst attack on Jews since the Holocaust.” This is ironic given that European officialdom often demands that Christian symbols and practices be removed from public life to accommodate Jewish and Islamic sensibilities.

One could argue that the court’s desire to safeguard infants” religious freedom is a disingenuous attempt to insert the government into sectors of the children’s upbringing heretofore reserved to parents. Why limit it to circumcision? Perhaps education should no longer be made compulsory, but left to the children to decide whether or not they want to ruin their playtime with school. If the law still stands despite the European establishment’s fear of Jewish clout and Islamic muscle, we are entering a very different political era.

Prince Charles was apparently circumcised by Rabbi Jacob Snowman, MD, according to Haaretz. The same source claims that the tradition was brought to England by George I when he usurped the throne from James III. Others maintain that the royal clipping only goes back to Queen Victoria‘s reign, where it was used either as a health measure or, according to the British Israelites, because she thought she was descended from King David. The tradition came to a halt when Charles and Diana refused to submit Princes William and Harry to the mohel’s knife. A picture taken of Prince William relieving himself while on an African trip, widely available on the Internet, corroborates this.