A Great City to Be Young In 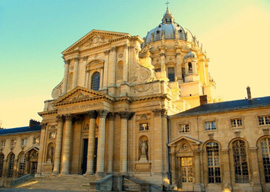 PARIS—Saint-Germain-des-Prés and the Latin Quarter still evoke the verbose sophistry of Sartre, although the tourism and jewelry trades have replaced the rendez-vous des intellectuels. Yet the sheer stunning beauty of the 7eme reminds one why Paris is still the most romantic capital of Europe, the city Papa Hemingway called a fine place to be young in, the city that’s a necessary part of a man’s education.

Late at night I walked the empty cobbled streets thinking of the art movements born in these sidewalks: Impressionism, Fauvism, Cubism—you name the ism—and when Paris was the place to meet great artists, where Dali, Max Ernst, and Joan Miro embraced surrealism and other foreigners such as Chaim Soutine, Modigliani, and Giacometti went their own Parisian way. No other city in the 19th and 20th century can boast such a concentration of talent, with the greatest Americans such as Papa, F. Scott Fitzgerald, John Dos Passos, Ezra Pound, and Henry Miller thrown in for good measure.

“As I walked the streets where these great men had paced long ago, my mood was a sad one, as was the occasion of my visit.”

Yet as I walked the streets where these great men had paced long ago, my mood was a sad one, as was the occasion of my visit. My close friend of over 55 years, Jean-Claude Sauer, had died in a military hospital of complications for which we can thank Uncle Sam’s spraying of Agent Orange in Vietnam.

I have often written about Jean-Claude. He was for 45 years the number-one photographer of Paris Match. Our friendship had begun in a smoky Paris bistro back in 1958, just after he had returned from military service in Algeria. JC, as the Americans called him, was a paratrooper who had served with distinction in that savage war of peace, as Alistair Horne was to call it in his definitive book of that conflict. Jean-Claude had caught the bug of combat and went on to Biafra, Vietnam, Yemen, and back to Algeria, taking pictures while always pursuing the fairer sex come hell or high water, as they say in Wyoming. (Where for a while he owned a farm until boredom almost killed him.)

I met up with Jean-Claude in Vietnam in 1971-72, where he was based with a beautiful French girl called Betty while trying to bed the wife of Air Vice Marshal Cao Ky, as the Vietnam vice president styled himself. I advised caution, telling him he was far more likely to get a bullet in the back than to strike it lucky with the beautiful Vietnamese. (Anyway, I had designs of my own.) In any case, no one got lucky until we reached Tel Aviv during the 1973 Yom Kippur War. Girls act funny during times of crisis and give it away very generously. We had some very tricky days up at the Golan Heights but we were young and believed nothing could touch us. At night we’d drive back to Tel Aviv and party nonstop. By the time the war was over, we were both wrecks, and it wasn’t from combat fatigue.