A Half Century of Amnesia 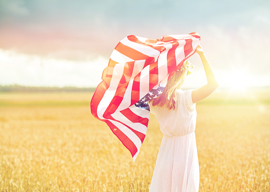 Back during the protracted recount following the 2000 Bush-Gore election, I offered a subversive bit of advice in a VDARE article entitled: “GOP Future Depends on Winning Larger Share of the White Vote.”

Bush’s boy-genius strategist Karl Rove had achieved acclaim by declaring that the only hope for the Republican Party to cope with changing demographics was in enticing Hispanic voters by encouraging even more immigration. Sure, the GOP would lose on each immigrant vote cast, but would make up for it on volume. Or something.

Yet I pointed out that Bush could have won in an Electoral College landslide merely by upping his share of the white vote from 54 percent to 57 percent.

I further noted that the most obvious source of additional white votes were white union families—Reagan Democrats—in states Bush had lost narrowly, such as Wisconsin, Michigan, and Pennsylvania. And one way to appeal to blue-collar whites in the crucial north-central swing states was to be more skeptical of immigration.

Although this turned out to be more or less the winning strategy for Donald Trump sixteen years later, my article was immediately banned from discussion at the mainstream GOP website Free Republic as “divisive” and “promoting racism.” Although a vote cast by a white was still counted, technically speaking, as equal to a vote cast by a nonwhite, as far back as 2000 it was considered by Establishment Republicans to be morally repulsive to appeal to the self-interest of those most likely to swing Republican. What would the Democrats say?

The current American racial system (e.g., affirmative action and political correctness) rests on the assumption that the majority will continue to behave more generously and more disinterestedly than the minorities. What happens, though, when mass immigration transforms our society so everyone is a minority? If you don’t want whites to act like a 21st century American minority group—e.g., racially conscious, bloc voting, biased, prickly, and led by racial racketeers quick to proclaim their group’s victimization—then don’t make whites a minority.

Obviously, seventeen years later, the world is moving in the direction I foresaw.

“Today liberals want to shut down the right to free speech at universities that they fought for more than fifty years ago.”

Ever since Trump’s election, the increase in deplorable whites identifying with the GOP is frequently denounced as tribalism by pundits, such as David Brooks and Thomas Friedman, who, ironically, tend to be “Members of the Tribe.”

For instance, Brooks ended his fourth of a series of columns lamenting your “tribal emotions” by admitting that he, personally, was totally stoked to find out from a genetics test given by a Jewish magazine that he was closely related to the brilliant cognitive scientist Steven Pinker.

Now Ezra Klein, founder of Vox and paladin of mainstream Democratic thinking, has written an essay that suggests a bit of a step toward realism among Establishment punditry:

White threat in a browning America
How demographic change is fracturing our politics.

Klein manages to avoid using the word “tribal.” Instead, he basically admits that increasing white political solidarity is a predictable reaction to onrushing demographic change:

The government predicts that in 2030, immigration will overtake new births as the dominant driver of population growth. About 15 years after that, America will phase into majority-minority status….

Klein goes on to recount various small-scale academic studies that found that when researchers point out to white people how fast they are being demographically overwhelmed, they worry about it. Whites who are made aware by researchers of just how precarious their children’s long-term political position will be are likely to favor more conservative policies. It’s almost as if citizens assume that the point of the United States is, as the Preamble to the Constitution states, to benefit “ourselves and our posterity.”

So here, then, is what we know: Even gentle, unconscious exposure to reminders that America is diversifying—and particularly to the idea that America is becoming a majority-minority nation—pushes whites toward more conservative policy opinions and more support of the Republican Party.

In other words, white people become a problem for Democrats when they are made aware of the fate Democrats are plotting for them and theirs.

White political identity is “conditional.” It emerges in some periods and is absent in others. The periods it emerges in are periods like this one.

“When the dominant status of whites relative to racial and ethnic minorities is secure and unchallenged, white identity likely remains dormant,” she writes. “When whites perceive their group’s dominant status is threatened or their group is unfairly disadvantaged, however, their racial identity may become salient and politically relevant.”

Klein explains the fundamentals of partisan politics after a half century of mass immigration:

But how can the Democrats build an “excited, diverse coalition” among people who, by definition, don’t really have much in common? The Democratic coalition is always on the verge of flying apart in fratricidal enmity. At the moment, for example, the media is stoking black rage toward white women, whom The New York Times is repeatedly calling by the racist slur “Becky,” for summoning the police when they feel unsafe.

The one thing the Democrats’ confederacy of the dissimilar can share is hatred of whites, or, to be precise, cisgender straight white men.

This is why the press keeps pushing endless hate hoaxes. Shameful antiwhite racist libels are the KKKrazy Glue that holds together the Democratic coalition.

Now, you might think that if you don’t like the increasing racialization of American politics—which is, as Klein notes, driven by mass immigration—you might think it wise and prudent to cut back on immigration for a while.

But of course that simple remedy never comes up in Klein’s essay. The “browning of America” is instead presented as some vast natural process, like the drift of the solar system through the Milky Way. And the browning of America is much less under human influence than climate change.

To Vox readers, importing a new electorate of foreign ringers is how they intend to grind their enemies, their fellow American citizens, into the dust beneath their political chariot wheels, so it’s best not to notice what they’ve chosen to inflict upon their nation.

After all, that white Americans are slowly waking up to the fact that they don’t really want to get pushed around by newcomers just for being white merely proves that whites deserve their fate.

Strikingly, Klein, like so many liberals in 2018, feels oppressed by the increasingly distant past before liberals took command of diversity issues during the ’60s.

For example, he is angry that conservatives today complain about worsening political correctness on campus. Don’t they realize, he carps, that a long time ago, well before Ezra was born, traditionalists imposed certain restrictions on free speech at colleges?

He quoted Kenyon’s statement of student responsibilities from the 1960s, which warned that any behavior that “offends the sensibilities of others (whether students, faculty members or visitors)…will result in disciplinary action…vulgar behavior, obscene language or disorderly conduct are not tolerated.”…

What’s changed was, of course, the cultural revolution of the ’60s, which more or less began with the Free Speech and Filthy Speech Movements at Berkeley in 1964–65.