A Human Centipede of Envy 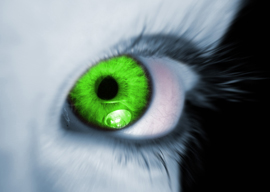 No one ever enjoys having memes belched in their face, but Lord above please toss me into the Lake of Fire if it didn’t happen to me twice last week. It was the same prepackaged, bundled, bar-coded, and bubble-wrapped meme, too—twice in two days.

As if my antagonists were acting on command from a remote-control device, both times I was reflexively accused of being the blind, brainwashed, servile defender of “corporations” and “the rich.” One of them told me I was a “stooge.” The other used the word “toady.”

What’s odd is that I don’t remember saying a word in defense of corporations or the rich, but I suppose we can’t rule out amnesia or even Alzheimer’s. I had mentioned that I distrust the government, but one would have to hop across several lily pads of false inference on their way out to Straw Man Island to conclude that I had said anything whatsoever about corporations or the rich, whether positive or negative.

I was also charged with being a blind acolyte of Bill O’Reilly, Rush Limbaugh, and Ayn Rand, a denunciation which might have a dash more substance if I’d ever watched O’Reilly’s TV program or listened to Limbaugh’s radio show or read a word of Ayn Rand.

One of these fellas was in the midst of a two-month international vacation in at least eight cities and three continents, which, in the interest of full disclosure, is probably beyond the financial reach of 99.9% of the planet’s inhabitants. Such a project has certainly never been remotely within my means, although it might have been if I’d made different choices in my life.

“The main problem with a classless society would be its utter lack of class.”

Still, it was as if he was at his first punk-rock concert, and he had a sadistic glint in his eye as he theoretically spoke of sticking a long knife into the belly of “the rich”—whom he defined as anyone who has more than $50 million in assets and which I’ll presume is more than his net worth. He said that accumulating such an exorbitant fortune was “unfair” and that no one ever needed that much money.

Since he raised the topic of fairness—to be completely fair, no one really ever needs to go on two-month international vacations, either. To be fair, no one needs much more than food, water, and shelter. Anything else is a luxury and, to be fair, it might be considered bad tennis to kvetch.

He insisted that the assets of those far richer than him should be confiscated and redistributed to the lower orders, which I assume included him. As passive-aggressively as I could manage, I noted that compared to an African peasant, he was insanely—perhaps unforgivably—rich. I asked if he’d be willing to redistribute most of his relative personal wealth to underprivileged African peasants. He made a sourpussed face at the mere suggestion.

Such is the root problem with the eternal global human centipede of envy. “Justice” and “fairness” are not quantifiable terms—they are malleable concepts derived almost entirely from where one perceives oneself to stand in the pecking order. In his case, the fact that there were people wealthier than him was a gross injustice. But the fact that there were people far poorer than him? Let them eat dung beetles.

Amid the left’s endless contradictions and countless acts of guilt-projection is the idea that “hatred” is the basest of human emotions—unless you’re aiming it at their designated bêtes noires. Therefore, they’re able to dehumanize “white males,” the “religious right,” and “the rich” with the grossest caricatures yet still somehow manage to sleep at night. It’s a miraculous belief system—you can call for your enemies’ throats to be slit, or even for them to be lynched in front of a torchbearing mob—and somehow feel righteous about it all.