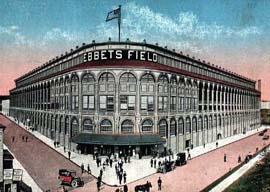 By the time you read this, the longest run-up ever to an election will be over, thank God, and the usual bores will be pontificating over the results. The irony is that for the first time ever I couldn’t care less who won. Nothing will change in the Land of the Depraved, and Big Business will continue to call the tune in DC. I watched all three debates between Obama and Romney and counted the word Israel mentioned 35 times, Iran 42 times, and Canada and Mexico once each. More than 20,000 people have died violent deaths in Mexico this year alone, yet the problems of America’s southern neighbor only got a passing mention. No one dared say a nice word about the Palestinians—it would raise a storm among American Jews and be considered anti-Semitic—and opening a door to Iran would have been seen as Munich 1938, but worse.

So who cares whether a white man or a black man lives in the White House? The white man will wage war (thus further crippling the economy); the black man will not wage war (thus further crippling the economy through wild spending). It was not always thus. When I first came to America as an eleven-year-old, Uncle Sam was in the midst of saving Western Europe with the Marshall Plan. He balanced his budget and tried his best to be fair to both sides in Palestine. Tradition was respected, we pledged allegiance to the flag daily before starting class, men removed their hats when a lady entered a lift, and swear words were never used in the presence of women.

“We are sheep led by knaves and con men.”

In 19th-century Virginia, we were governed by an honor code where members of secret societies and their old-fashioned ideals of discretion were paramount. They acted toward each other with respect and loyalty as if Thomas Jefferson himself was ever present.

In the Big Bagel during the mid to late 1950s, the last innings of a WASP culture were drawing to a close. Every man, no matter his financial status, wore a suit. When sitting in the bleachers of Ebbets Field in Brooklyn—at sixty cents per—men removed their coats. During the summer, boys and even adults went to swimming holes rather than the treadmills of today. The Hamptons back then were terra incognita to the great majority. People ate hot dogs rather than today’s vegan diets, and they observed each other rather than their screens. Professional athletes had to work during the off-season, and the world’s highest-paid baseball player was Joe DiMaggio, at 100,000 dollars per year. (Stanley Matthews, the greatest English footballer ever, reportedly made about ten quid per game.) It was a time of greater intimacy, and celebrity culture was a faraway monster in the future. People smoked. It was vivid and more alive.

Multi-millionaires back then made sure they stayed out of the headlines. When Bobo Rockefeller divorced her Rockefeller hubby, there was shock and horror all around. Ditto when Horace Dodge of automobile fame got unhitched. Ann Woodward shot her husband in their Long Island palace and claimed she mistook him for a prowler. Everyone knew that he was about to ditch her and that they were both drunk, but his mother chose to keep it in the family and avoid a public scandal. No one washed their linen in public, except for Tommy Manville of Texas, who married nine women and held press conferences following his divorces. The great Mickey Rooney almost matched Manville in marriages but was discreet following the breakups. One of his wives was Ava Gardner, which goes to prove what fools men are. No divorced man could live in the White House. Neither could Catholics until JFK.