A Lust for Lolitas 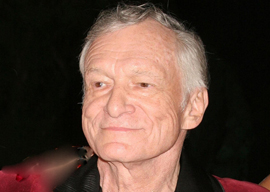 She was an atheist and I’m a (half-assed) Catholic, so neither one of us is supposed to believe in karma. But I like to think that just before a thieving employee hacked her to pieces, that cuntish human toothache known as Madalyn Murray O’Hair pondered the possibility that she was getting precisely what she deserved.

Or maybe the thought had crossed her mind earlier, back in 1980. That’s when her son William”the plaintiff of record in her successful 1963 case to ban compulsory prayer in schools”told her he was a Christian. Later he even became a Baptist minister.

Alas, this sort of thing doesn’t happen as often as I’d like. Liberty Bradford Mitchell’s story comes close enough that I’ll take it.

“The sexualization of children is more like the weather. Everyone complains about it, but…you know the rest.”

Now, Larry Flynt is a pain in the ass. Al Goldstein was a creep. Bob Guccione? A pretentious poseur. Hugh Hefner is just plain embarrassing.

(One biography of the Mitchells is entitled The Bottom Feeders.)

In her new one-woman show, The Pornographer’s Daughter, Liberty, now 42, talks about being exposed to pornography at age four, when she wandered into a screening of the dailies and her father let her stick around.

(They ran their business like typical “socially responsible” Democrats too, refusing to let their strippers unionize and, as is standard industry practice, even charging them “stage fees.”)

The Mitchells’ empire came to a particularly sordid end on February 27, 1991, when Jim shot and killed Artie. (Then in 2009, James Mitchell”Jim’s son and “director of film operations””beat the mother of his child to death with a baseball bat at his daughter’s first birthday party.)

In print and on video, Liberty comes across as an earnest, polished female of the “spelling bee champ” variety”the oldest girl child from a twisted family eager to make good (and get the hell away from them). According to Salon.com, she’s now a disciple of “prostitution abolitionist” Melissa Farley and is “no fan of pornography.” Exposing children to such materials, she says, is child abuse.