A Madness at the Heart of Modern Consumerism 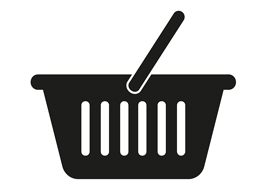 Pressure to consume is particularly virulent when coupled with the rise of egalitarianism. Progressive movements have empowered themselves by stoking at the embers of inequality. Just like consumer marketing strategies, they instill material entitlement without a program to fulfill it. Yet the effect—driving people to greater consumption—can never be a leveler; not least because it impoverishes the buyer while enriching the nexus of interests surrounding the seller. One ends up indebted, owning products that don’t last; the other, asset-rich with products that do last. It is a transfer of wealth from the poor to the rich, built on lifestyle aspirations that are entirely illusory. It is no surprise that wealth equality in the West continues to bifurcate under these circumstances. And yet the appetite to consume has become so great that even crime—which used to be a matter of subsistence or serious enrichment—has become the continuance of consumerism by other means.

But that’s enough bad news. A key to breaking the cycle of overconsumption is for companies to release ongoing value from their products rather than up-front value. This is already happening in certain areas. Vehicles belonging to car clubs earn money from being driven, not simply sold. Music and movies are warehoused online, then leased to users. A similar revolution should come to consumer electronics, with low-cost handsets leased to users while their data remains online. Such shifts will have a valuable impact further up the value chain. As companies retain ownership of their products, their vested interest will move from disposability to longevity—which in turn means designing products that allow raw materials to be reclaimed. A British transport company called Riversimple already embodies these principles.

What would all this mean for consumers? An experience that—to extend an earlier metaphor—is altogether more tantric. They will still be relieved of their money, but without the up-front psychological release that blows a hole in the monthly or yearly finances. Fewer lump purchases should mean not only less waste but also less consumer debt.

If you’re looking for a way to make Black Friday less black, stay at home and subscribe someone to a service. Come Blue Monday, the provider will still care if you both live and breathe. And that would be the biggest change of all.