A Measure of Greatness 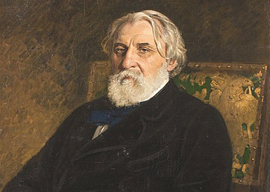 This year is the bicentenary of the birth of Karl Marx, and on the whole the commentary that it has evoked has obeyed the injunction not to speak ill of the dead, as if the passage of time and the deaths of millions in the name of the birthday boy did not somewhat attenuate the social imperative to mute one’s words. There are reasons for this.

The fact is that we sense the approach of yet another economic crisis, as my late dog sensed the approach of a thunderstorm. Perhaps the crisis to come will be even greater and more devastating than the last, being the consequence of our almost universal imprudence and improvidence, and our determination to learn nothing from experience. Marx, of course, would not have been surprised at this, since he believed that such crises were inevitable until the advent of his utopia, in which such phenomena as private property, banks, and the bourgeoisie would cease to exist. In Marx’s vision, the ant would lie down with the anteater, and all would be well forever and ever, amen.

The combination of scathing criticism of the present and adolescent daydreaming is irresistible to quite a lot of people, and of course in predicting crises Marx seems to have been prescient. In fact, he was no more prescient than I would be if I predicted that there would be rain in England at some time within the next year; but in the kingdom of the foolish, a man with one cliché may appear wise.

“Turgenev was a good man without having been a saint.”

Marx, of course, was one of those people who love humanity and hate men (an increasingly common type, it seems to me). He was in most respects an unattractive figure, cocksure, domineering, intolerant, and hypocritical—though, it pains me to be fair, he had an undoubted charm in the domestic circle and he was both very clever and intensely cultivated. As to his writing, he was a crashing bore with a brilliant turn of phrase. Burning hatred is never far from his prose, and gives to it its spice. Nowhere is it clearer that hatred is by far the strongest of political emotions.

Now, it so happens that another man far greater, or at least better and more attractive, than he was born and died in the same year as he, that is to say born in 1818 and died in 1883. The paths of the two men nearly crossed, though as far as I know they never met. They both knew the anarchist Bakunin, they both studied at the University of Berlin in the late 1830s, and they were both in Brussels when the 1848 revolution broke out. The second man was the great Russian writer Ivan Sergeevich Turgenev.

Whether he was a greater man than Marx depends on your idea of greatness. Marx left a greater mark on history, of course, though (for a writer of fiction) Turgenev’s was not inconsiderable. It is often said that his Sketches From a Hunter’s Album was influential in the emancipation of the Russian serfs, and when his remains were brought back from France to St. Petersburg, hundreds of thousands followed them to their resting place.

Turgenev was a good man without having been a saint. Gentle and tolerant by nature, he was lampooned by Dostoyevsky and somewhat despised by Tolstoy, who did not even bother to open his final letter to him straightaway, which was written from his deathbed and was one of the last he wrote to anyone. Tolstoy at the time had entered his ideological stage, having turned his back on the kind of writing at which he was supremely good, preferring instead to write religious and philosophical essays, at which he was extremely bad. Turgenev’s letter, which is one of the most moving I have ever read, deserves to be quoted in full:

I have not written to you for a long time because I was and still am at death’s door. I cannot possibly recover and it is useless to think it. I am writing especially to you to say how glad I was to have been a contemporary of yours and to express my final, sincere request. My friend, return to literature! This gift comes to you from where everything else comes. Ah, how happy I would be to think that this request would have some effect on you! I am finished; even the doctors do not know what to call my illness… I can’t talk, can’t eat, can’t sleep—nothing! It’s tedious even to repeat it all! My friend, great writer of the Russian land, heed my request! Let me know if this note reaches you, and allow me to embrace you… I can write no more. I am tired.