A Model Society of Enlightened Wimps 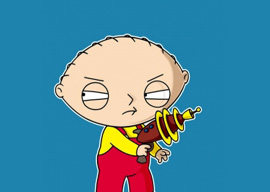 Nowadays the first step to take after a school shooting, far from mourning or otherwise feeling sorry for the families whose children were killed by a maniac, is calling for new and immediate restrictions on gun ownership.

The second step is insisting that there must be some external reason why this wonderful, loving 20-year-old would commit such an atrocious crime. He must have been driven to it by society’s unrealistic expectations, our culture of violence, or something else. Certainly it couldn”t be that Adam Lanza was the problem, that he fully understood what he was doing and didn”t care.

Many seem to believe otherwise, though. They act as if it’s our collective duty to find out exactly why everyone”with the exception of Adam Lanza”is responsible for the massacre so we may change our ways and become a model society of enlightened wimps. People and organizations are taking ridiculous lengths to ensure that they don”t offend anyone’s delicate sensibilities for the next few weeks.

Stories surfaced claiming that before Lanza stole his mother’s weaponry and shot her in the face several times, he unsuccessfully attempted to purchase his own rifle at Dick’s Sporting Goods. Store employees reportedly turned him away. This unconfirmed report was still enough to scare Dick’s executives into suspending the sale of modern sporting rifles nationwide as well as the sale of all guns at its store closest to Newtown.

Walmart also erased the Bushmaster AR-15, which Lanza used at the elementary school, from its website. (This didn”t stop the surge of gun sales, though; its remaining inventory was bought up in a matter of days.) And then the private-equity firm Cerberus decided to drop its ownership of the gun’s manufacturer, Freedom Group, citing the “national debate on gun control” as a catalyst. I hope the short-term appeasement of public opinion was worth the long-term financial losses Cerberus will incur from parting ways with the nation’s largest firearm manufacturer.

As if it wasn”t enough watching businessmen bend to the will of fools who wouldn”t have purchased their guns anyway, the spontaneously compassionate celebrities were next, apologizing every which way for the content of their entertainment. Radio stations stopped playing Ke$ha‘s song “Die Young,” as if Lanza had been dragged into committing violence by lyrics about “young hunks taking shots.” The singer Tweeted:

I’m so so so sorry for anyone who has been effected [sic] by this tragedy.and I understand why my song is now inappropriate. words cannot express.