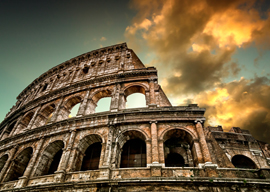 They”re falling like dominoes, starting with the great Robert E. Lee, whose statue went down with a yank of a crane in a jiffy, after standing tall on his New Orleans perch for 133 years. Jefferson Davis is also down, and the great Confederate general P.G.T. Beauregard, who partnered the heroic General Johnston on his left flank in the battle of Shiloh, has also bitten the dust.

Removing statues of great American generals who fought for, er…the wrong cause is the latest trendy thing to do. In fact, the virus has spread as far away as Australia, where the politically correct in cahoots with the gay, lesbian, bisexual, and transgender brigades are demanding that a tennis legend’s name be removed from a stadium named after her. Margaret Court won 24 Grand Slam titles in her time during the “60s and early “70s, one more than Serena Williams, but a couple of years ago committed the greatest crime ever: She criticized same-sex marriage from the pulpit of her church in Perth, where she is a pastor. Her name has been mud ever since, at least among those who think it’s normal for people of the same sex to marry.

So far so bad, and I will get back to Margaret Court in a minute, but here are a few predictions of my own concerning these latest outrages by the PC crowd: Old Hickory is history, as far as the $20 bill is concerned, Malcolm X or Muhammad Ali will take his place. Andrew Jackson killed too many Indians and never apologized for it, so there. Poor old Alexander Hamilton had a close call, but the Broadway play depicting him as black and speaking rap has saved him on the tenner, at least for now. The next big bad guy is going to be Thomas Jefferson, who not only owned slaves but also slept with them. I expect my old alma mater the University of Virginia, whose founder he was, will deal with him rather sternly. The big one, of course, will be when the PC Nazis demand old George be struck off the dollar bill for owning and freeing his slaves only after he met his maker.

“America has started the trend by taking down the greatest general ever, Robert E. Lee.”

Back in the old country, Greece, people are in a tizzy over the removal of past heroes in order to satisfy present trends. “The Parthenon was not exactly built by rich Athenians, only financed by them,” was the way a nephew of mine put it. “It was the slaves, under a merciless whip, who put it up. Should we dynamite it?” The Parthenon is known as the most perfectly symmetrical and beautiful edifice ever built by man, but it was slave labor that put the marble pieces together. And what about the pyramids down south? Did free rich Egyptians carry those stones all the way up to the top during the permanent heat wave that is Egypt? We”ll need a lot of TNT to blast those monuments to smithereens, but what the hell, as long as the PC bunch is satisfied, who are we old-timers to object?

When I was young and on the tennis circuit I met Margaret Court, Smith as she then was, and she could not have been nicer. We were not close by any means, but I remember her standing out because of her winning ways and”let’s face it”her refusal to join the crowd of female competitors who were mostly lesbian, although extremely discreet. Fifty years later she has become a hated figure despite the fact that there are members of the LGBT community in her church who admit that she is not homophobic. In one of her sermons, Margaret included that “a lust for the flesh leads people to destroy their lives.” Which rang a bell. I remembered during a tournament in Rome when I was in hot pursuit of an American female tennis player, Margaret told me words to that effect. “I hope I”m destroyed sooner rather than later,” I answered her, and she gave me a rueful smile and dropped it.

So here we are, with Martina Navratilova, as great a champion as she was a predator, pressing for the name of Margaret Court Arena to be changed, describing Margaret as racist and homophobic. The latter is neither, but you know how it is”if you believe in God too much, you must also be someone who wants to boil all gay people and all black people, and all brown people, and all those with slitty eyes. The fact that in her church Margaret Court has people from ten different African countries is neither here nor there. Navratilova knows better. Heaven help us.

But the Margaret Court Arena is nothing compared with the Roman Colosseum. That place was really built by slaves who lived even more horrible lives than any in Greece or Egypt before them. The Romans were particularly cruel with the lower classes, especially slaves. Navratilova and her amazons should begin at the top. Have the Romans bulldoze the place and take down a hell of a lot of statues of men who were not in the slightest PC, which the city is full of. America has started the trend by taking down the greatest general ever, Robert E. Lee. Let Europe and Australia follow, as they always do. We have nowhere to go but to the bottom.