A New Breed of Breeder 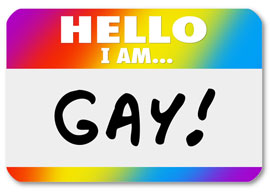 W. C. Harris is a radical gay activist and Professor of Queer Studies and Early American Literature. He says that homosexuals are still cruelly oppressed in America, even though some of them may end up with very comfortable jobs as university professors, writing expensive ($80 for this slim volume) subsidized books about their niche personal philosophies.

He is particularly angry with the Christian right for oppressing him, but also with more liberal Christians, who may bend over backwards to accommodate him but still, in the end, adhere to this thing called Christianity, which he feels is innately homophobic. Any opposition to homosexuality is always homophobia in Professor Harris’s delightfully simple, black-and-white worldview. Opposition to such innovations as gay marriage, for instance, cannot be based on rational moral disapproval, or a traditionalist, amused sense of its inherent absurdity, but only on hysterical hatred.

So he would like to abolish Christianity altogether”the religion that brought you universal love, forgiveness, the first almshouses, the first hospitals, the Sistine Chapel, and the abolition of the slave trade”and replace it with that he wittily calls “Gaytheism,” i.e., homosexual atheism.

“Gay men have decided to claim equality by showing that they can at least breed viruses.”

He leans extensively on the writings of “queer psychoanalytic theorist” Tim Dean to explain how, through barebacking

…sharing viruses has come to be seen as a mechanism of alliance, a way of forming consanguinity with strangers and friends….Barebackers see themselves as not just passing on a virus but as transmitting a cultural legacy….Through HIV, gay men have discovered they can “breed” without women.

Having won the equal right to marriage, it was only to be expected that gay men should then want an equal right to produce offspring. But since Mother Nature has decreed this impossible”what is she, some kind of horrible right-wing Christian or something?”gay men have decided to claim equality by showing that they can at least breed viruses.

On barebacking websites, the slogan runs, “Breed, get seed and get on your knees to feed.”

“Breeding the virus in another man’s body develops new kinships,” explains Harris (rather than, say, new burdens on health services), and they become one more couple in the “bug brotherhood.” The one who does the infecting is called the daddy, the recipient the son, and such incestuous overtones are also very exciting, argues Professor Harris, for they too are transgressive, subversive, and liberating.

Meanwhile, gay and/or liberal Christians still struggle to accommodate these challenging new ideas. They claim that it is the condemnation of homosexuality rather than homosexuality itself that is the sin, and they “attribute homophobic readings of biblical passages to human prejudice.” However, they still try to push the idea of monogamous gay relationships while condemning gay promiscuity, and they evidently feel a little uncomfortable about things such as barebacking. Insufficiently radical, they merely offer, as the author puts it in his inimitable prose style, soothing “declarations of tolerance and paeans to flux.” Paeans to flux? No, I don”t know what he means, either. Eulogies to liquefaction? Hymns of praise to dysentery? Anything is possible, especially in a culture whose university professors are now so self-obsessed, ignorant, and borderline literate.