A Pox on all Your Blankets 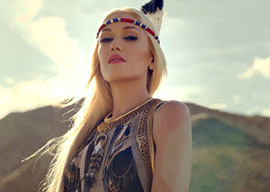 Sorry, disgruntled African Americans. There are exponentially more of you in the United States today than there were when your “genocide” began.

And no, I didn”t reach that figure using some right-wing “3/5ths compromise” statistical table magic. Silly rabbit! Those tricks are for libs.

Sorry, too, “Palestinians.” Now entering their”what?”fourth generation as “refugees” (a world-historical record!), “Palestinians” have one other accomplishment to their (made-up) name: They discovered the secret to immortality, albeit through faking their own deaths on video and faking their own lives on paper. And somehow I missed that Hitler Channel special, “Inside the Mansions, Sports Cars, and Shopping Malls of Bergen-Belsen.”

That said, I”m handing the Fake Genocide Death-Time Achievement Award to the Indians or First Nations or whatever they are this week, because as a Canadian, I have to deal with those undead human toothaches more directly and regularly than either of those aforementioned zombie species.

You try putting up with Chief Big-Screen TV’s semiannual complaints that evil white Canadians won”t toss them an extra zillion dollars to top up the previous bazillion they”ve blown on giant salaries for his fellow chiefs and huffable solvents for their subjects/hostages, all while getting away with murder and assorted mayhem and not paying taxes.

I forgot that you guys have Indians, too”some of them aren”t even fake“until two back-to-back “news” stories gave me a much needed if short-lived post-election jolt of Schadenfreude. (Which in turn reminded me that, alas, those damn smallpox blankets never really existed.)

On November 12, the gals at jezebel.com”whose days are always heavy, from what I can make out”screeched, “Victoria’s Secret’s Racist Garbage Is Just Asking for a Boycott.”

That’s because during the lingerie giant’s recent fashion show, “model Karlie Kloss wore a Native American headdress. Outrage at the offensive costume was immediate. Over the weekend, Victoria’s Secret apologized and said the televised version of the show will not feature the headdress. But the cultural appropriation of Native American regalia continues.”

As does the cultural appropriation of other people’s faux outrage by pale-faced squaws, who need to be reminded (as do most liberals) that boycotts only work if you already buy the product being targeted, and none of these broads would deign to squeeze into a cheap red waspie to turn on their boyfriends.