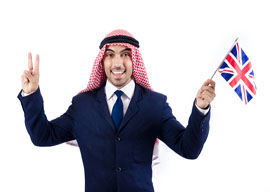 History doesn”t repeat itself. Nevertheless, comparisons between the present and the past may be helpful”so long, at least, as one recognizes that circumstances are different.

For many of us in the West, Islamism”the extreme and intolerant form of Islam”presents us with the most dangerous problem today. President Trump has spoken of destroying ISIS”the so-called Islamic State, with its revived caliphate. To an extent this is already happening. ISIS is losing the territory it seized in Iraq and Syria; as a fighting force it is heading for defeat. But ISIS can lose territory, can be defeated in the field, without being destroyed. It is animated by an idea that will survive and continue to flourish, and zealots will be inspired to commit acts of terrorism. Nobody doubts this, though we hope that our security services can thwart the terrorists.

Fear of terrorism leads some to regard Muslims in general with suspicion as “the enemy within.” We”ve had such enemies before. Communism played the role in the mid-20th century. There was talk of “Reds under the bed.” There were indeed communist agents and spies. Communists infiltrated the administration and trade unions. But whatever their influence and allegiance to the Soviet Union, communists in the United States, Britain, and Western Europe didn”t engage in acts of terrorism; such influence as they had was intellectual and moral.

“The majority of Muslims simply want to be able to get on with their private lives and work”just like most Elizabethan Catholics.”

Elizabethan England offers a better comparison to the threat Islamism poses. After the Reformation and the establishment of England as a Protestant state, Roman Catholics became “the enemy within,” all the more so after 1570 when the Pope excommunicated Queen Elizabeth and in doing so absolved Roman Catholics of their duty of allegiance to her. Most English Catholics paid little heed to this. They might have stuck to their faith, but for the most part they went about their business and led their day-to-day lives as inconspicuously as possible. Many indeed served queen and country loyally; Lord Howard of Effingham, the admiral of the fleet that opposed the Spanish Armada, was a Catholic. In the same way, Muslims in the U.S., Britain, France, Germany, and other European countries are mostly loyal citizens of their adopted state, some serving in the military or active in democratic politics. The majority simply want to be able to get on with their private lives and work”just like most Elizabethan Catholics.

However, a minority”a decidedly small one”of English Catholics took a different view. There were plots to assassinate Elizabeth and put her cousin Mary, the imprisoned Queen of Scots, on the throne. None of them succeeded. Elizabeth’s security service was efficient. It penetrated the ranks of conspirators; sometimes, indeed, government spies acted as “agents provocateurs,” encouraging the plotters and luring them to incriminate themselves. We can assume that our security services today are acting in like manner.

The most dangerous Catholic plot came in 1605, two years after Elizabeth’s death. Many Roman Catholics had hoped that her successor, James VI , the Scottish king who had inherited the English throne, would relax the penal laws against English Catholics; he was, after all, the son of the martyred Mary. He disappointed them, and the result was the Gunpowder Plot, the attempt to blow up the Houses of Parliament when the king was opening a new session. It’s probable that, again, the security service knew about the conspiracy”may even have encouraged it”long before the dramatic discovery of Guy Fawkes beside barrels of gunpowder in the cellars of the Palace of Westminster. However, this plot confirmed the belief of Protestant England that Roman Catholics were subversives, the enemies of the crown, Parliament, and the people. Consequently they must be denied religious freedom and what we should now call civil rights.

What of the English Catholics themselves? The majority”the vast majority”kept their heads down and lived as inconspicuously as possible. They saw themselves as patriotic Englishmen; upper-class Catholics, of whom there were a fair number, sometimes managed to serve the king and have some influence at court. In general they deplored the actions of the extremists because these made their own lives more difficult. Nevertheless, a minority, particularly perhaps among the young, would have had some sympathy for the extremists, even when they resorted to violence. They would have had some sympathy because it was natural that as victims of persecution, suffering civil disabilities, they should do so. The extremists might make their lives more difficult; nevertheless, they were the defenders of what they believed to be the true faith.