A Requiem for Science 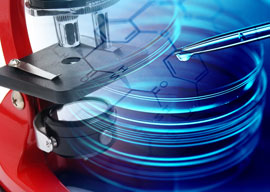 As a science geek from way back”Andrade and Huxley were favorite childhood companions”I try to keep tabs on that side of things. This can be disheartening. To quote from that intergalactic bestseller We Are Doomed:

Scientific objectivity is a freakish, unnatural, and unpopular mode of thought, restricted to small cliques whom the generality of citizens regard with dislike and mistrust. Just as religious thinking emerges naturally and effortlessly from the everyday workings of the human brain, so scientific thinking has to struggle against the grain of our mental natures. There is a modest literature on this topic: Lewis Wolpert’s The Unnatural Nature of Science (2000) and Alan Cromer’s Uncommon Sense: The Heretical Nature of Science (1995) are the books known to me, though I’m sure there are more. There is fiction, too: in Walter M. Miller, Jr.‘s 1960 sci-fi bestseller A Canticle for Leibowitz, the scientists are hunted down and killed…then later declared saints by the Catholic Church.

In a society such as the modern West, where intelligence is declining, where fertility trends are dysgenic, where cognitive elites enforce assent to feel-good ideological claptrap and the mass of citizenry is absorbed in frivolities, science hovers always on the edge of extinction. Saint Leibowitz was martyred following a nuclear Armageddon; on present evidence the Armageddon won”t be necessary. We”ll be barbecuing scientists for the fun of it when reality TV and smartphones begin to pall.

“Science and creative technology have, across the modern period, been the great glories of Western civilization.”

Even science writers seem keen to help at piling up the faggots. John Horgan, for example, who once wrote a book titled The End of Science, is now doing what he can to hasten that end: On the Scientific American blog the other day he called for a ban on research into race differences in IQ. (For a take on this by the irascible but indispensable Greg Cochran, see here.)

Under these sorry circumstances I feel obliged to do what I can to help keep the guttering flame of dispassionate empirical enquiry alight for at least a while longer. In that spirit I recommend to you a forthcoming book titled The Newton Awards by Michael Hart and Claire Parkinson, now available for preorder from the publisher.

The original idea of the authors was to expand the concept of Nobel Prizes to all areas of science, technology, and math, and to award once prize per year from 1600 to 2000 AD for achievement in those fields. This couldn”t be made to work exactly as planned. For the first 275 years of the period there weren”t enough advances for one prize a year; for 1976-2000 there isn”t yet enough perspective for good judgment. So only for 1876-1975 is there one Newton Award per year; elsewhere the awards are for 5- or 10-year periods.

The authors end up with 140 Newton Awards for the 400-year span, to 172 named awardees. Some awards go to more than one person (e.g., the Wright brothers); some persons get more than one award (e.g., Edison for the phonograph, light bulb, and distributed electricity).

The selections seem to me to be pretty good, though as a gun enthusiast I thought there should have been a mention for small-arms technology”the MiniÃ© ball, perhaps, or breech loading. (Military inventions aren”t ignored: Nuclear weapons and ballistic missiles get awards.)

Political correctness is eschewed completely, which probably accounts for the book being put out by a small publishing house. Every one of the awardees was a white European raised in Europe or one of the British-settler nations (Canada, the USA, Australia, New Zealand). Just four nations have more than ten awards each: the USA, Britain, Germany, and France.