A Short History of Stupidity in the Middle East 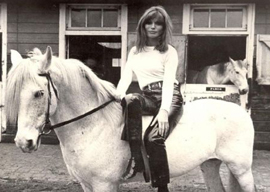 When I hear the words Sykes-Picot I more often than not feel like punching an Englishman or a Frog—any Englishman, any Frog—in the mouth, but then I think of François Georges-Picot’s granddaughter Olga, and my pugilistic thoughts turn to romantic mush. More about those two arrogant and ignorant fools later, but first Olga.

I was twenty-two and she was nineteen or twenty and we met in New York where she was studying acting and I was studying girls. It was love at first sight and we swore we’d never ever look at anyone else ever again but then the summer ended and we never saw each other again. Mind you, I did see her, but she was twenty feet tall and in Technicolor. Twelve years after we first met I went to see Freddy Forsyth’s The Day of the Jackal in a cinema in Leicester Square, starring the wonderful Edward Fox as the paid assassin, and suddenly there was Olga falling off her horse on purpose in the Bois de Boulogne, with her intended victim immediately coming to her aid.

“The Sultan had wisely divided the Middle East along ethnic lines into provinces. The Anglo-French duo in 1916 proved as ignorant as George W. Bush was to be 87 years later.”

I was with a couple of karate buddies and I started hyperventilating and yelling “My Olga, my Olga,” but no one paid any attention and some wise guy from behind told me to be quiet. Olga was perfect in the part. She gets the old fool minister to pillow talk, and warns the OAS. I’ve always been pro-OAS and always believed de Gaulle to have betrayed the army and those who brought him to power in 1958, but it was so long ago, the only thing I can think about now is poor Olga who suffered from depression and committed suicide almost 20 years ago.

Her grandfather and his equally arrogant to the point of blindness partner Mark Sykes carved up the Ottoman Empire back in 1916, not unlike a butcher slicing up slabs of meat fresh out of the freezer. The Sultan had wisely divided the Middle East along ethnic lines into provinces. The Anglo-French duo in 1916 proved as ignorant as George W. Bush was to be 87 years later. Had they never heard of the Sunni-Shia divide? The 1990s wars over Bosnia, Serbia and Kosovo, the Gulf War of 1991 and the disastrous Iraq war of 2003, as well as the Israeli-Palestinian tragedy, can all be traced directly to the fall of the Ottoman Empire in 1920 and those two fools carving up the Middle East while their minds were obviously elsewhere. (Most likely trying to figure out whose family was older and richer.)

Winston Churchill doesn’t come out very well either. He actually created Iraq, or Mesopotamia as it was then called, and by the time he was thrown out of office in 1922 his folly had become Iraq as it is today. He created the artificial monarchy that ended so badly in 1958, thinking he was dealing with sleepy Bedouins who would genuflect in front of Faisal, whose family realm in Saudi Arabia had been usurped by some camel drivers who had never used an indoor loo.

Which brings me to the usurpers whose ambassador to London wrote an article in last week’s Daily Telegraph that was obviously inspired by Baron Münchhausen’s memoirs. “We oppose all foreign intervention and interference,” writes the Saudi envoy, and as diplomats are supposed to go abroad and lie nonstop, there is nothing anyone can do about that false statement, except list it along with the other two biggest lies: money means nothing to me, and let me put it in just a little bit. The Saudis first and then the even more horrible Qataris privately empowered and financed the jihadists that morphed into ISIS after the war in Syria began.