A Tale of Black Racism 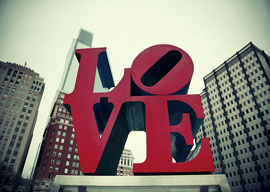 There is a lot to be learned from conceiving of people as vehicles of ideas. For ideas, whether right or wrong, good or bad, well understood or misunderstood, guide our conduct and therefore have enormous consequences in the world. Certainly ideas are more powerful than people tend to realize. Imperceptibly they spread, and their influence is incalculable, especially in our age of mass media, when we daily learn the truth of A.E. Housman’s apothegm: “This planet is largely inhabited by parrots, and it is easy to disguise folly by giving it a fine name.”

It is often pointed out that there are very smart people who lack common sense. Spending their days in abstractions, many intellectuals fail to see what is right in front of them. This is unfortunate, because all our knowledge amounts to little if we are not diligent students of everyday life, which is richer than even the greatest books.

A few days ago, thanks to a rather uncomfortable incident, I was afforded a difficult lesson in the power of ideas. As I was leaving my neighbor’s apartment, I noticed a young black man walking about fifteen feet behind me. Not quite a minute later, while I was shutting the door to my own apartment just a few doors over, I heard him say, in a tone of frustration and perhaps also of disgust, “Ya’ll muthafuckas buyin’ up everythin’. Go out one door and go in another.”

Now, like most writers, I live on Grub Street, so it took me a moment to realize what he meant. “Aha, since I am white, he assumed I own the buildings.” In fact, I own neither; I don’t own any building, and like him (if I may make an assumption about his background), I come from modest origins.

Here, I could see, was another mind shaped by the media, that grotesque product of our corrupt universities.

“What leftists generally don’t understand is that life is hard for most people, and always has been.”

The Philly media, like the media elsewhere, makes much of gentrification. Philadelphians are forever hearing about what a social evil it is. The word, according to my dictionary, means “the process of renewal and rebuilding accompanying the influx of middle-class or affluent people into deteriorating areas that often displaces poorer residents.” Since poverty is not good to begin with, it is surely not desirable for an area to remain poor. And since ours is a free society, it seems necessary for the poor to improve their station if they wish to remain in a neighborhood as it undergoes “renewal and rebuilding.” Otherwise they shall indeed be displaced. And although that is an unhappy fate, it is certainly a necessary condition of freedom, not worth trading for some utopian communist experiment that, judging by all communism so far, is likely to be a murderous despotism.

How could this trade-off be otherwise? If an area is to improve economically, its homes increasing in value as better businesses move in, then it must become more expensive to live there. Now, in this context, it would be inaccurate, and potentially very divisive, to use cheap and misleading language like “gentrification targets the poor,” as if displacing the poor were the purpose of gentrification, rather than its effect.

What leftists—and people shaped by leftists—generally don’t understand is that life is hard for most people, and always has been. They act as if the whole material edifice of civilization just naturally exists. They don’t think of poverty (i.e., an absence) as a natural fact (as absence is everywhere among animals). And with this point of view it’s only a step to the belief that other people are to blame for what you don’t have. And indeed, the sufferer wants to believe this, for it not only gives him someone to punish, it absolves him from facing up to his own failure. Since the former is enjoyable, and the latter is painful, on such occasions the will to delusion is quite strong.

Let’s return to the rude young black man. Now, I don’t think it’s presumptuous of me to assert that it was my race that led him to believe I owned the buildings. It is certainly unimaginable that his remarks would have been prompted by a fellow black man. No, his assumption was based on my race, and I will add that it was a racist assumption. To assume that because I’m white I am “buyin’ up everythin’”—is that not indeed racist? The implication is that I, as a white man, am “oppressing” him in some sense. For I have what he does not; ergo (by the logic of envy), he is “oppressed.” Or he lacks my “privilege,” one might say. (This game could go on indefinitely since the premise is that difference per se is bad.)

Let’s imagine the fellow being told that, say, Google consists of more whites than blacks. How do you think he will account for the disparity? Of course, we know the answer: implicit bias, white privilege, and so on. For, as I say, people are vehicles of ideas, and this tale of black racism is just one of countless examples of how intellectuals, with the cant that they take for moral sophistication, function to poison our civil (and race) relations. Pretending to care about blacks, working-class people, and others for the sake of their own gain, intellectuals have the effect of leading us to hate one another.

Constantly propagating notions such as white supremacy, white privilege, gentrification, and others, the media creates a kind of toxic intellectual air. Unhappy people breathe it in, and the result is all sorts of mad beliefs. It is as if being white guaranteed a middle-class existence. It is as if being black meant that personal failure is not even a possibility; in place of it there is always some white discrimination or other.

It is tragic to see how easily and frequently the young are now warped by bad ideas, their natural good impulses applied to pernicious ends. Case in point: 17-year-old David Hogg. About mass shootings he said on Monday:

There is a lot of racial disparity in the way that this is covered. If this happened in a place of a lower socio-economic status or a place like a black community, no matter how well those people spoke, I don’t think the media would cover it the same…. We have to use our white privilege now to make sure that all of the voices—all of the people that have died as a result of this and haven’t been covered the same—can now be heard. It’s sad, but it’s true.