A Vote to Remain 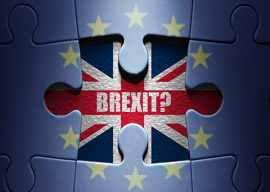 The polls this morning (June 14) indicate that Brexit will win, and the United Kingdom will be on course to leave the E.U. It’s depressing. The shrill intolerance and xenophobia of the Little Englanders have no appeal for me and I regard their leaders like Boris Johnson and Nigel Farage with a mixture of dismay and contempt. Farage, I concede, has principles; he has been consistent in his opposition to the E.U.; Johnson has none, or none that are discernible. He is that dangerous fellow: a clever silly-billy. Yet he may be our next prime minister. God help us!

At my age, admittedly, Brexit may not affect me much; I may be dead before it is fully achieved. But I would like my grandchildren to grow up in a tolerant, open-minded country. Some hope if Brexit becomes reality!

The Leave campaign is built on a big lie. “We want our democracy back,” they shriek.

Funny, that; it hadn”t occurred to me it had gone away.

After all, we have elections. We elect a government and can dismiss it. That government levies taxes and decides on public expenditure (with the approval of Parliament). Its budget is huge, by the way, dwarfing that of the European Union of 28 member states. The E.U.’s budget is only about the same size as the budget for the U.K.’s government department responsible for pensions and social services. The U.K. government fixes tax rates, and decides how much it will spend on defense, social security, transport, health, education. (In Scotland, where I live, health and education are the responsibility of the devolved parliament and government.) The U.K. government conducts its own foreign policy, sometimes in concert with other E.U. countries, sometimes not. With the consent of the Westminster Parliament, the U.K. government can go to war. A few months ago Parliament approved the government’s decision to bomb ISIS in Syria. There was no consultation with the E.U. or any other member state. None was needed. The U.K. is a sovereign state.

“A Brexit Britain, the Britain of Johnson and Farage, has no attraction for me.”

All this suggests a parliamentary democracy in working order. We don”t need to take it back because we haven”t lost it.

Of course, sovereignty in the modern world is qualified, and not only by membership of the European Union. It’s qualified by membership of other bodies, such as NATO and the World Trade Organization, and indeed by the U.N. So in certain areas we have ceded powers and responsibilities to the E.U. as a result of a succession of treaties we have signed. One consequence is that we no longer have full control of our borders, a key grievance with the Leave camp. All E.U. citizens have the right to work in the U.K., just as all British citizens have the right to work in other E.U. countries. The level of migration will lead many to vote “Leave” on June 23. Yet, setting aside the fact that, partly for demographic reasons, we need immigrants for a variety of jobs (including staffing our hospitals), only one-third of immigrants come from the E.U. We already have the power to control other immigration, subject only to acting in accordance with international (not E.U.) law and obligations relating to the rights of refugees. We don”t do so, principally for economic reasons. Theoretically, if we leave the E.U., we could close our borders to most foreigners. Few even pretend we would do this. Nevertheless, the question of immigration is difficult and is the Leave campaign’s main selling point.

Many laws are made in Brussels, and many object to this. In truth, most of these laws are administrative regulations to facilitate the fair working of the single market, the creation of which was pressed for by Margaret Thatcher’s government. The single market, extended to cover services, is a British achievement. So what’s not to like about it? Well, many of the regulations are tiresome, fussy, restrictive, irritating. But they are enforced by British civil servants with, often, excessive and pedantic punctiliousness in the same manner, that is, as they enforce health and safety regulations approved by the British Parliament. By no means does all irritating and excessive bureaucracy come from Brussels. As for legislation, the most objectionable laws of the past twenty years”laws restricting our civic liberties and interfering with private and family life”have been passed by Westminster or the Scottish Parliament in Edinburgh, not by Brussels.

There is a strong economic and social case to be made for continued membership of the E.U. It has been made by politicians, businessmen, academics, and trade union leaders. In the globalized world of today, Britain benefits from membership of the biggest economic unit in the world with its internal free trade. The British motor industry, for example, is now large, efficient, and successful. It is almost entirely foreign-owned by companies that have established themselves in the U.K. because we are part of the European single market. Would they relocate to the Continent”probably to Eastern European E.U. states”if we vote to leave? Nobody knows, but it seems likely.

Nevertheless, the Remain campaign has been depressing. David Cameron and his Chancellor of the Exchequer George Osborne have tried to make the flesh creep, concentrating on the danger of leaving. This “Project Fear” may have been sensible; people are nervous of stepping into the unknown. But they have scarcely made the case for the E.U., and this is sad.

I shall vote for Remain next Thursday. I shall do so because the achievement of the European Union is the best and most admirable political development of my lifetime. The institution is not perfect; how could it be? As Walter Scott has his Glasgow merchant Bailie Nicol Jarvie in Rob Roy say of the Treaty of Union between Scotland and England, “there’s nothing so good on this side o” Time but it might have been better, and that may be said of the Union.” Nevertheless, the E.U. is still a remarkable achievement.

Twice in the first half of the 20th century Europe tore itself apart in terrible and destructive wars. After 1945, visionary statesmen resolved that this should never happen again. The E.U. was founded on the principles that cooperation was better than national rivalries and that differences between nation-states were better resolved and reconciled around the table than settled on the battlefield. This was true in the years after the Hitler war; it was true throughout the Cold War; it is still true today. The E.U. has been so successful that many have come to believe that another war between European states is impossible, indeed unthinkable. So indeed it is”so long as the Union holds firm. If it breaks up, if it disintegrates, perhaps as a result of Brexit, then it’s likely that confrontation will replace cooperation. In the 1930s we saw the consequence of trade wars, of beggar-your-neighbor policies adopted to protect your own industries. Nobody of sense should wish to see that again.

Writing in The New York Times, Roger Cohen, an experienced foreign correspondent who reported on the Balkan Wars of the 1990s, said: “For Vladimir Putin, the disintegration of the European Union would be sweet revenge for the fall of the Soviet Union. He will probe. For populist anti-European politicians from the Netherlands to France”friends of Putin all”a British exit would offer open season for fantasies of drum-beating nationalist fragmentation.”