A War of Cultures 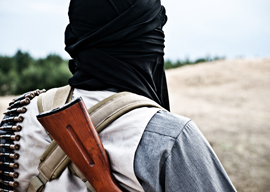 Islamist terrorism is going to be with us for a long time; there will be more atrocities like the one in Manchester last week, and many more just-as-atrocious attacks in Muslim countries, too. You have to be a super-optimist to believe otherwise, or to suppose that there is any quick and sure way of preventing all acts of terror, or eliminating terrorism itself. The truth is we don”t know any way of doing either. Children in primary school when President George W. Bush launched the War on Terror are now old enough to serve in the armed forces or to become suicide bombers.

Commenting on a report in The Times about the American Navy Seals” attack on a Yemeni village believed to be a base for AQAP (al-Qaeda in the Arabian Peninsula), an approving reader wrote: “There is only one language understood and that is the language of strength and power. A mind set totally alien to Western liberal values and sensibilities, but this unfortunately is what it is.” So apparently we must kill Yemeni villagers in order to teach the Islamist terrorists to understand the language of strength and power. I am sure a lot of people say, “Hear! Hear!”

Well, maybe. There are wars in which that language makes sense. The language of strength and power did for Nazi Germany. But that was a different sort of war, a war of nations and armies in which decisive victory on the battlefield was possible. It ended with the occupation of Germany by the Allied armies.

“We have had years of military victories and are still losing the war.”

But the United States spoke the language of strength and power in Vietnam and failed. So did the Soviet Union in Afghanistan. In both cases a state enjoying military superiority suffered humiliating defeat. Today nobody doubts that America and the West can deploy even greater power than was deployed in Vietnam, but few can believe that such deployment would secure victory in the War on Terror.

ISIS”the Islamic so-called State”is being defeated in the field and will lose the territory it has seized and occupied. Its pretensions to being a state are being destroyed. This is good news for the people it has enslaved and treated abominably in the parts of Iraq and Syria it has occupied. Therefore it’s welcome.

Yet, in the wider sense, this victory is insignificant. It doesn”t, and won”t, secure the peace and freedom from terror that we long for. The limitations of the language of strength and power are all too evident. There is even the fear that this sort of victory will be a form of defeat, exacerbating the problem of non-state terrorism.

Terrorist groups require some degree of support from the civilian population and the ability to attract new recruits to replace members killed or arrested. Without both they can be extinguished: Examples are the Italian Red Brigades and the Baader-Meinhof Red Army Faction in West Germany. The IRA and the Basque terrorists failed partly because they had insufficient popular support and came to accept that their political aims could not be achieved by terrorism and violence.

It was important, however, that ultimately it was possible to negotiate with the IRA, possible because some common ground existed. The IRA had a specific political goal: a united Ireland. Military failure convinced them that this would have to be pursued by other means”the ballot, not the bullet. Sinn Fein, the political wing of the Republican movement, eventually rejected the use of terror, however reluctantly.