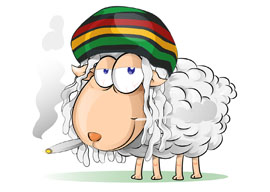 It would be an ignominious defeat worthy of a Shakespearean tragedy if abortion ends up being the issue that derails Trumpas the Tank Engine. By claiming that there would have to be “some form of punishment” levied against any woman who would dare get an abortion in Donald Trump’s Great-Again America, the poor bastard walked right into Chris Matthews” well-crafted trap. In fact, he eagerly took bait that those he considers his lessers have been wise enough to pass up for years. All Republican presidential candidates in recent history”the “dummies,” the “failures,” the “disasters,” the ones who “got captured” in Vietnam”have at some point during their campaign been asked the “would you punish women who get abortions “ question by members of the mainstream media, and every one of them understood that it was a “gotcha” question and answered accordingly.

The late Tim Russert made a cottage industry out of the “would you punish women” question. He asked Mitt Romney in December 2007:

Russert: If a woman had an abortion, would she be perceived a criminal? And what would be the legal consequences to people who participated in that procedure?

Russert: And what would happen to doctors or women who participated in abortion?

Huckabee: I think you don”t punish the woman, first of all, because it’s not about”I consider her a victim, not a, not a criminal.

Russert grilled John McCain on the “punishment” issue in 2000 and 2008, and he got the same response both times: “Prosecute abortion doctors, not women who get them.”

It never mattered how many times he failed; every presidential election year, Russert would lob the question anew at every Republican running. Perhaps now that the hook he so lovingly baited over the course of so many years has finally landed “the big one,” his restive soul can be at peace.

Rest easy, Tim, your work is done. Walk toward the light.

Now, Trump’s alt-right fans would undoubtedly say that The Donald messed up on the “punish the woman” question because abortion isn”t what he’s all about. He hadn”t thought the issue through because he has bigger, more important mountains to climb. Which is why it would be ironic if this is the one he ends up dying on. Trump would find himself alongside Todd Akin and Richard Mourdock in the hall of fame of Republicans brought down by “gotcha” questions about abortion. As it is, Trump did the unthinkable (for him) by timidly walking back his answer. But as with Xerxes being sliced by Leonidas” spear, sure, he’s still standing, but can his followers ever look at him the same way again? A simple question about abortion has shown that even a god-king can bleed.

There is a tendency among pundits to focus on political harm from the abortion issue only insofar as it affects Republicans. It’s generally believed that the issue is more of a minefield for the right than the left. And there’s some truth to that. However, a series of studies by a prominent academic suggests that the abortion issue adversely impacts the left in a way that’s actually deeper and more profound than the manner in which it affects the right.

Martin Gilens is a political-science professor at Princeton. Over the course of the past decade, he has authored and coauthored several books and papers in which he argues that the U.S. is essentially an oligarchy. We are controlled by the moneymen, the “1%,” and any claim that our “democracy” is participatory or inclusive is illusory. “Affluence and influence””that’s what makes the U.S. economic system go “round. The deck is stacked, and the “liddle peeple” are powerless.

Every major left-leaning site on the Internet has covered Gilens” work. Even Jimmy Carter weighed in with support for Gilens” central thesis. And indeed it’s an assertion that’s near and dear to many on the left. Frankly, it’s a claim that’s appealing to segments of the right as well. The oligarchs, the moneyed elites, the banksters, keeping the blue-collar poor from ever getting ahead. The belief that affluent elites are “unfairly” running roughshod over lower-class working folks is what has fueled the primary successes of not just Sanders, but Trump as well. That said, Democrats and leftists have traditionally owned the issue. The fight against “income inequality” and class disenfranchisement has been an essential element of the left’s rhetoric for a very long time. Which is precisely why Professor Gilens” work is so interesting.

Buried deep inside Gilens” books and position papers is an interesting critique of the left…buried so deep that apparently none of Gilens” leftist fawners ever found it (in covering Gilens” work, liberal journos not only buried the lede, they sealed it in a sarcophagus). According to Gilens” research, those dastardly oligarchs, those enemies of the 99%, are overwhelmingly liberal on issues such as abortion, gay rights, race, and immigration. In fact, the affluent are far more “progressive” than the great unwashed whose voices they”ve muted and whose influence they”ve suppressed. Gilens found that the superrich in general oppose any policies based upon “traditional morality” (Gilens uses school prayer as an example of an issue in which the oligarchs find themselves severely at odds with the poor).

Gilens” conclusion is that if the poor were actually allowed a voice in national politics, it would very likely spell defeat for liberals on their favorite social issues:

The disproportionate influence of the affluent does not always move policy in a conservative direction. On moral and religious issues, the well off tend to be more liberal than the poor. More equal representation (of the poor) would consequently lead to greater restrictions on abortion, such as banning RU-486. There would also be tighter limits on stem cell research and more support for school prayer.

Gilens” research reflects the conclusions of Boston University political scientist John Gerring, who found that, because of the desires of the super-wealthy, “the Democratic agenda has shifted away from general social welfare to policies that target ascriptive identities of race, ethnicity, gender, and sexual orientation.” The takeaway? The “oligarchs” have pushed to make noneconomic “social justice” issues (especially abortion, race, and gender) the party’s primary focus, at the expense of economic policies that are unpopular among the affluent. Whether they know it or not, leftists are actually on the same side as the 1% on the social issues that have come to dominate the Democrat agenda.

I put a question directly to Professor Gilens:

Do you think progressives have done their cause a disservice by making abortion a litmus-test issue? Do you think the heavy and uncompromising focus on abortion rights has in a way helped the affluent and made it more difficult for low- and middle-income Americans to have equality of influence? Is it possible that by remaining uncompromising on abortion rights, the Democratic leaders have made it easier to shift to a less radical position economically without getting in too much trouble with their base?