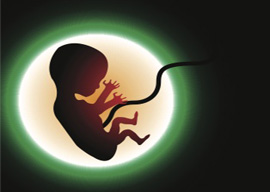 The criticisms of the recent absurd comments by Missouri Republican Congressman Todd Akin, who at this writing is his party’s nominee to take on incumbent Missouri Democratic Sen. Claire McCaskill in November in a contest he had been expected to win, have focused on his clearly erroneous understanding of the human female anatomy. In a now infamous statement, in which he used the bizarre and unheard-of phrase “legitimate rape,” the congressman gave the impression that some rapes of women are not mentally or seriously resisted. This is an antediluvian and misogynistic myth for which there is no basis in fact and which has been soundly and justly condemned.

Akin also stated that the female anatomy can resist unwanted impregnation. This, too, is absurd, offensive and incorrect. Medical science has established conclusively that women cannot internally block an unwanted union of egg and sperm, no matter the relationship between male and female. I think even schoolchildren understand that.

“A society that prefers death to life not only cannot prosper; it cannot survive.”

What has gone unmentioned, however, in the cacophony of condemnation by Republicans and Democrats, is the implication in Akin’s comments that rape is not a moral justification for abortion. In that, he is correct: It is not.

Abortion takes the life of innocent human beings who are the most vulnerable in our society. Abortion is today the most frequently performed medical procedure in the United States. American physicians perform about two abortions every minute of every hour of every day: about 1 million a year since 1973. In my home state of New Jersey, abortion is permitted up to the moment of birth, and the state will even pay for it if the mother meets certain financial criteria.

How low have we sunk? What are the consequences of this mass slaughter? How did we get here?

We got here because of the most reprehensible and unconstitutional Supreme Court opinion in the modern era. In a throwback to its infamous Dred Scott decision—in which a pre-Civil War Supreme Court declared that blacks are not persons and hence cannot claim the protections of the Constitution—the court essentially said in Roe vs. Wade the same of fetuses in the womb.

Roe vs. Wade has spawned more slaughter than all 20th-century tyrants combined. The consequences of this slaughter are vast lost generations of human beings who were denied by the law the right to live. The economic consequences from which we all suffer today—entitlements too costly to afford and too few wage earners to pay for them—are directly attributable to the absence of population growth.