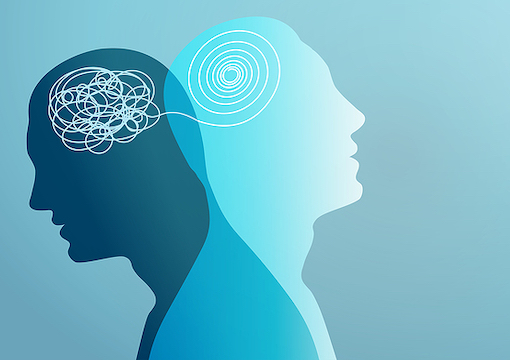 “There is no art,” says King Duncan in Macbeth, “to find the mind’s construction in the face.” In other words, one cannot tell a person from his face.

Well, one has to remember that not everything that Shakespeare put in the mouths of his characters is true. Shakespeare, being of protean sympathies, could enter the mentalities of almost every type of human being and write in their voice.

Strictly speaking, Duncan (who is not Shakespeare, after all) should have said there is sometimes, even often, no art to find the mind’s construction in the face—but equally, sometimes, or indeed often, there is. We have often to judge by appearances only when there is nothing else to go by, and appearances do not always deceive. Some of us are very good at judging by them, while others are poor judges even when they have a lot more information to go by. Naturally, I place myself among the former.

“It is nice to be young again, even if only relative to the people around one.”

Once, for reasons unnecessary to go into, I attended a psychiatric conference in Cuba attended by French psychiatrists of psychoanalytic taste or persuasion. My wife and I spotted our fellow attendees at a distance, among thousands of other people, at Paris Airport, long before actually knowing who they were. “Look, there’s one,” we said, and we were invariably right. Of course, there was more to it than just the face; there was the hairstyle, the mode of dress, and the mannerisms. Still, we couldn’t help but be impressed by our own acumen.

The conference was not a disappointment. The highlight was a lecture by a man with carefully curled white hair and a chiffon neckerchief. Reading from a script, he suddenly stopped after about twenty minutes and apologized to the audience, who had, of course, not understood a word of it so far. It turned out that he had read the pages in the wrong order, and he spent a moment putting them back into the right order, which until then neither he nor the audience had noticed since he was speaking the purest kind of gobbledygook. My wife and I were the only ones to laugh at the almost surreal absurdity of it. But I was surprised later to discover when talking to him that he was an agreeable man of good sense who treated his patients in a conventional way. It was as if he were actually two persons: the doctor on the one hand, and the performer on the other, Dr. Jekyll and Mr. Hyde, the latter seeking intellectual kudos by means of incomprehensibility of utterance.

Now, it so happens that there is an annual classical music festival in my small town in England, devoted to the music of the second half of the 18th and first quarter of the 19th century. I am particularly fond of the chamber concerts; there is little more delightful than a brisk five-minute walk in the sunshine followed by a Haydn quartet.

Again, my wife and I enjoyed picking out the audience in the street. It wasn’t very difficult. Of course, you might say it wasn’t a fair test because we knew that the festival was on. They were strangers in the town; but even in the midst of the weekly market that they had to negotiate to reach the concert venue, we picked them out with almost infallible accuracy.

Although past our biblical span, my wife and I were at the lower end of the age spectrum of the audience. It is nice to be young again, even if only relative to the people around one, but I was nevertheless disturbed by the age distribution of the audience. In the four concerts that I attended, I saw only one young person and her father, he aged about 40 and by profession a musician in a symphony orchestra. The standard of the playing was extremely high, and there were internationally known musicians among the players. The young did not fail to come because they feared poor performance.

There was a paradox, however. Some of the players were young, at least by my current standards of youth: a very good string quartet, for example, whose players were 30 or thereabouts. How could there be such good young musicians, I wondered, but no audience of equivalent age to hear or listen to them?

They were not only good players but had the faces of good people. Of course, I knew nothing of their personal lives, but I should be surprised if they were wife-beaters, husband-poisoners or, indeed, anything but upstanding. They clearly enjoyed their music-making, expressing their enjoyment in a refined but obviously deep and sincere way. Looking and listening to them, I felt that all was not lost.

But to return to the paradox: What does it signify? It is, I surmise (though cannot prove), yet one more sign of the fracturing of society into impenetrable and noncommunicating layers, if not into two great factions or classes, one in the triumphant ascendant. Suffice it to say that, attending such a concert, I felt as if I were witnessing in those young players the last embers of a dying civilization, and thought of the famous lines of Edna St. Vincent Millay:

My candle burns at both ends;
It will not last the night;
But ah, my foes, and oh, my friends—
It gives a lovely light.

If a civilization is dying or has died, however, who is to blame or what is to account for it? Do civilizations, or parts of civilizations, die of their own accord, by a natural process akin to the apoptosis of a living cell, or are they killed either by neglect or design?

The old always blame the young for what they dislike in them—for example, their taste for crude and vulgar music—but they do so as if they bear no responsibility whatever for what they think undesirable in the younger generation. If the taste for the almost miraculous artistic achievements of the past has been all but extinguished, and is now but the secret garden of a tiny and insignificant number, no doubt of the highly privileged, must not this be because the older generation has signally failed to instill any love for it in their own children?

Why didn’t they? Therein lies the rub.