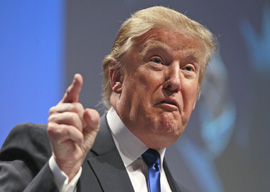 Welcome to Taki’s Mag, all you do-gooders who”ve discovered us this past week! It’s a big world, and there are people to save and hands to hold everywhere! Let us help all of you help everyone else! It”ll be like one big H-bomb of humans helping other humans. And then, after you”ve done good, comes the most important part”bragging about it to impress people.

If you do-gooding hordes need a new cause to champion, maybe you can help to save the Wayuu Indians from…themselves. These folks from the Colombian desert are one of only a few American tribes who have managed to resist European dominance. Now that a 10-year-old Colombian Wayuu girl gave birth to a baby girl, will she need saving from her own culture? Unfortunately, some misdirected do-gooder will have trouble intervening since the tribe has its own jurisdiction. But don”t fret; you can still go down there and do good by buying some of their beautiful bags and selling them for three times the price at Fred Segal.

If Colombia is too far for you, don”t despair, dear do-gooders: Britney Spears could always use another conservator, or maybe two is enough now that her father and her fiancÃ© are helping Britney manage her finances after what now seems like a lifelong meltdown. Melissa Etheridge“s ex Tammy Lynn Michaels still can”t manage on her own with $23,000 a month, so your services might be needed there. You”ll have to be able to keep her in the style to which she has become accustomed, so poor bleeding hearts need not apply.

“It’s a big world, and there are people to save and hands to hold everywhere!”

If that’s not your bag or your bank, Lil Wayne and his pals might need a hand with the paparazzi down in Florida. On second thought, I think Lil Wayne can handle it himself even though he’s, well, little. This guy is the bee’s knees. I”m not much into rap these days, but there aren”t many bona-fide rock stars out there, and Wayne has the charisma and the chutzpah.

If you”re more of a Park Avenue do-gooder, Mike Wallace might need a hand. On second thought, that won”t work. Rest in peace, Mike. You”ll be missed. The infinitely wise ancient Greeks said we must not speak ill of the dead, so we shan”t.

Whitney Houston‘s autopsy report was released late last week, and”surprise, surprise!”she wasn”t clean and sober before she died. Yup, the Whitster was still sniffing the snuff. No surprise there really, but the cocktail was surprisingly impressive. In addition to the cocaine, Houston had weed, Xanax, Flexeril, and Benadryl in her system. Oh, and a little champagne to wash it all down. It was recently revealed that her only daughter, Bobbi Kristina, wants to play her mother in a biopic on the singer’s life. Let us hope Miss Brown isn”t a method actress.