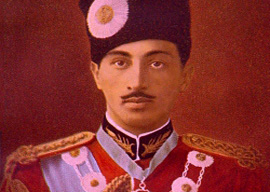 My fascination with Afghanistan”especially the area now called Nuristan but originally Kafiristan“was first sparked by watching The Man Who Would Be King at Grauman’s Chinese Theatre back in 1975. The film brought to my attention the mysterious Kafirs and their still pagan cousins in Pakistan, the Kalash. The idea of lost cities and peoples fired my imagination as I read more about this mysterious region’s culture.

Further study revealed that the Afghan King, Mohammed Zahir Shah, had been deposed a mere two years before I saw The Man Who Would Be King. This was a man who”like Bulgaria’s Boris III and Cambodia’s Sihanouk“was forced to steer his country between competing forces with only his wit to guide him. As with both of those political tightrope-walkers, he fell.

In late 1979 the Soviet Union invaded Afghanistan. Mere days after the invasion, an almost tearful Jimmy Carter bleated that Brezhnev lied to him. One did not know whether to comfort him or smack him. As his Iranian policies showed, Mr. Carter was a consummate incompetent in dealing with that part of the world.

“Some say we need to preserve the Karzai government as a counter to Iran. But if it cannot survive on its own, it is not much of an asset anyway.”

The Soviet occupation of Afghanistan degenerated into a decade-long debacle. As part of our Cold War struggle against the Kremlin, we armed and financed large parts of the Afghani resistance”many of whom have since used our weapons against us. The Afghan quagmire and its seemingly endless ability to soak up blood and treasure was a major factor in the Soviet Union’s fall.

Soviet withdrawal in 1989 did not mean peace. Political changes in Afghanistan never mean peace. From 1996 until 2001, the Taliban ruled over parts of the country their opposition did not control. In their last year of power they managed to annoy UNESCO by destroying the Buddhas of Bamiyan. Their friendship with al-Qaeda led directly to our invasion after 9/11.

Only our hubris has kept us there.

With the Taliban’s fall, the King’s adherents reemerged in the forefront of Afghan politics. But at the 2002 Loya Jirga (Grand Assembly) in Kabul, American envoy Zalmay Khalilzad vetoed the King’s return to power on President Bush’s express orders. US darling Hamid Karzai was confirmed as president (although Zahir Shah was given the ceremonial and non-inheritable title of “Father of the Nation” and allowed to share his former palace with Karzai). As anyone with a grasp of either human nature or Afghan history might have foreseen, this was not a recipe for implanting loyalty in the people’s hearts. Ever since then Karzai has fought to prove he is not an American puppet”which often has meant insulting his sponsors.

To keep Karzai afloat, NATO’s International Security Assistance Force, acting under UN mandate, has maintained order in the country since 2002. This has meant an ongoing guerrilla war against the Taliban and other malcontents. Although the United States has carried the bulk of the war’s load, NATO and other allies have also fought valiantly.