Affirmative Action for Men Who Can’t Get Laid 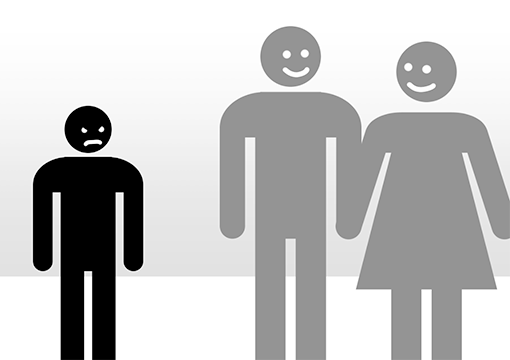 According to authorities, 20-year-old Armando Hernandez, Jr. walked into a shopping center in Glendale, AZ last Thursday and started randomly firing his semi-automatic rifle at people because he suffered from the “feeling that women don’t want him.”

Ed Leiter of Maricopa County Attorney’s Office told a judge on Thursday that Hernandez was a self-admitted “incel” (involuntary celibate) who was “deeply angered” by the fact that women rejected him and wished to make them “feel the pain he feels on a daily basis.” He said that Hernandez had been plotting a mass shooting for three or four years and wanted to shoot at least 10 people—primarily couples who appeared to have been engaged in happy sexual relationships. Hernandez only managed to critically injure one person before authorities subdued him.

According to a joint statement by the RMCP and Toronto police, the suspect “was inspired by the Ideologically Motivated Violent Extremist (IMVE) movement commonly known as INCEL.” It is thought to be the first time in history that terrorism charges have been lodged against an incel.

On February 24, 2020, the 17-year-old male—who is unnamed because he’s a minor—allegedly stabbed a female spa worker to death and attempted to kill her coworker at an erotic massage parlor in Toronto. The incident took place at the Crown Spa, which offers “sensual body rub” and “an exotic massage that will leave you feeling completely relaxed and spoiled senseless,” according to its website. At around noon on Monday, Feb. 24, the owner said she heard screams coming from a back room. When she went to see what was happening, a man stabbed her with a machete. She said she was able to wrestle the weapon from him and stab him in the back. Witnesses saw a bloodied woman and man emerge from the front door. The body of Ashley Noell Arzaga, 24, was found inside. An injured teenager was arrested at the scene. He had allegedly expressed familiarity with, and empathy for, mass-murdering incels Elliot Rodger (who killed six people and himself in a 2014 California rampage) and fellow Canadian Alek Minassian, who killed ten people after plowing his van through pedestrians on a sidewalk in 2018.

The state of Texas recently published a Domestic Terrorism Threat Assessment that stated:

The violence demonstrated by Incels in the past decade, coupled with extremely violent online rhetoric, suggests this particular threat could soon match, or potentially eclipse, the level of lethalness demonstrated by other domestic terrorism types.

For all you hear about an alleged wave of white-supremacist terrorist killings in North America, it appears that the incels are currently stacking up more bodies than all the Nazis combined. Some estimate that since 2014, self-admitted incels and people whose social-media histories reveal extensive activity on incel forums have committed a minimum of seven mass murders that left 54 people dead.

“For all you hear about an alleged wave of white-supremacist terrorist killings in North America, it appears that the incels are currently stacking up more bodies than all the Nazis combined.”

In late April of this year, the FBI arrested 33-year-old Carl Bennington of Covina, CA on a cyberstalking charge for allegedly sending hundreds of rape and murder threats over the course of four years to women who’d rejected his sexual advances. They say he was an active commenter on incel message boards.

In May of 2019, 27-year-old Christopher Cleary of Denver, CO—who had previously pled guilty to two separate felony charges of threatening and harassing multiple women—received a prison sentence of up to five years for yet another direct violent threat. Cleary had posted the following on Facebook:

All I wanted was to be loved, yet no one cares about me I’m 27 years old and I’ve never had a girlfriend before and I’m still a virgin, this is why I’m planning on shooting up a public place soon and being the next mass shooter cause I’m ready to die and all the girls the turned me down is going to make it right by killing as many girls as I see.

Minutes after Alek Minassian plowed over those pedestrians in 2018, a message thought to have been written by Minassian appeared on Facebook praising Elliot Rodger and declaring that the “Incel rebellion has already begun!” After his arrest, Minassian told authorities he had previously communicated with Elliot Rodger and fellow incel mass-murderer Chris Harper-Mercer.

On November 2, 2018, Scott Beierle, a 40-year-old “odd loner and self-described misogynist” who had been arrested multiple times for groping women against their will, walked into a hot-yoga studio in Tallahassee, FL with a gun and killed two women before killing himself. He, too, had praised Elliot Rodger—the Patron Saint of Inceldom—and had hinted on a YouTube video that he would soon seek violent revenge for his lack of luck with the ladies:

The situation … of like not getting any — no love, no nothing, this endless wasteland that breeds this longing and this frustration — that was me certainly as an adolescent….How do you respond when they, for whatever reason, collaborate to make the decision to attempt to tear somebody down?…I believe in karma. What comes around goes around, and those that engage in treachery ultimately will be the victims of it.

The February, 2018 mass murder at Stoneman Douglas High School that left 17 dead was a national news story for weeks, with the narrative sculpted almost entirely around gun control. What received little mention is that shooter Nikolas Cruz had once posted that “Elliot Rodger will not be forgotten.”

In December, 2017 in New Mexico, William Atchison walked into his former high school and killed two people before shooting himself. He had frequently praised Elliot Rodger and used the screen name “Elliot Rodger” on multiple online forums.

After Sheldon Bentley stomped a man to death in an Edmonton, AB alleyway in July 2016, he said at trial that he was frustrated because he hadn’t had sex with a woman in four years.

In October 2015, Chris Harper-Mercer murdered nine people and shot himself dead at a community-college campus in southern Oregon. He left his own manifesto at the crime scene praising Elliot Rodger and condemning black men for taking all the girls:

I have always been the most hated person in the world. Ever since I arrived in this world, I have been under siege from it.…My whole life has been one lonely enterprise. One loss after another. And here I am , 26, with no friends, no job, no girlfriend, a virgin. I long ago realized that society likes to deny people like me these things….I was once like you, a loser, rejected by society. When the girls would rather go with alpha thug black men, we can all agree that somethings wrong with the world. When good individuals like myself are alone, but wicked black men get the loot, like some sort of vaginal pirate, it’s not fair.

Ironically, he described himself as 40% black but as somehow exempt because his African genes came from his mother rather than some deadbeat black thug of a dad.

Black dudes have thier [sic] choice of best white —-. You do the math, there are enough young white so all the brothers can each have one for 3 or 6 months or so….Moving into Christmas again. No girlfriend since 1984, last Christmas with Pam was in 1983. Who knows why. I am not ugly or too weird. No sex since July 1990 either (I was 29). …. I actually look good. I dress good, am clean-shaven, bathe, touch of cologne – yet 30 million women rejected me – over an 18 or 25-year period. That is how I see it.

In August of 2009—at age 48 and by his own reckoning having gone 19 years without intercourse and 25 years without a girlfriend—walked into an LA Fitness club and shot three women dead before killing himself.

Again, I don’t think the American “Nazis” can compete with such numbers over the same time frame. But perhaps our culture is stuck at a point where “Nazis” are still far worse than men who go on killing sprees because nobody will copulate with them.

What’s sad but telling is that the self-identified incels seem aware of why women don’t desire them, but like most people, they place the blame anywhere but themselves. Judging by their own statements, most of these losers in the Mating Sweepstakes are fully aware that they are either fat, ugly, short, socially awkward, economically impoverished, or have a small penis—all of which are perennial deal-breakers for most women.

And one might be tempted to pity them if they were simply honest and admitted this is the reason that all the handsome, rich “Chads” are snagging all the desirable “Stacys.”

But no—they blame Chad, Stacy, and a permissive culture that allows women to make their own sexual decisions. In such a scenario, the 20% of men who are Chads are free to sexually romp with 80% of women, while the 80% of men who wind up as incels under this deal are left to battle one another for the 20% of women who are so ugly that no one wants them, anyway.

They are the mirror image of the stereotypical homely feminist who blames handsome men and voluptuous women for the fact that no one wants her repulsive face or disgusting personality.

And some of them, apparently with utmost seriousness, call for a violent incel uprising that recalibrates the social order so that every male who wants to mate is assigned a female companion, whether she wants them or not. To avenge the wrongs that a cruel God has inflicted on their physiognomy and personality, they seek affirmative action—by any means necessary—for men who can’t get laid. They want handouts of free vagina for men who can’t get any based on their own merits.

The irony is that if you just swapped genders and this was a phenomenon of extremely ugly women screaming that the handsome men get all the women and that anyone who has an enjoyable sex life needs to be murdered, these hideous, bitter, unfuckable men would see those ugly shrews for the ridiculous fools that they are.