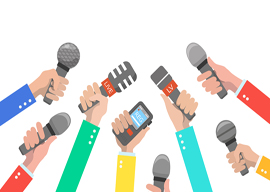 By and large, most professional journalists are more than willing to cop to errors. In the course of my work, I”ve been able to get Steve Handelsman, senior national White House and Capitol Hill correspondent for NBC News, to admit that he misrepresented Paul Ryan’s Medicare plan during the 2012 election. I got an AP hack to apologize for falsifying a bit of history regarding Ronald Reagan, and I managed to get an L.A. Times journalista to acknowledge that she was in error when she wrote that the GOP “hadn”t historically had a warm relationship with African Americans“ (and I”m not even going to go into how absolutely ignorant of history one has to be to write that in the first place). Generally, most journos are cool with admitting errors because they know the damage has already been done. The false or misleading information has already been seen by thousands or perhaps even millions of people, so sure, what’s the harm in slapping yourself on the forehead and going, “Oopsie! My bad!”? It just makes you look humble and human.

What’s harder, much harder, is to get journalists to admit having actual bias. That they absolutely will not want to do. Admitting bias isn”t the same thing as copping to an oopsie moment. In fact, most media scoundrels will stubbornly refuse to admit that such a thing as bias even exists in their profession. Except for Michael Jackman, multiple-award-winning reporter for the Detroit Metro Times (he’s also served as the paper’s managing editor). The Metro Times is Detroit’s largest-circulating weekly, with an estimated readership of 700,000 per week. Of course, editorially it leans to the left. Naturally. After all, it’s Detroit, a city that serves as the ultimate cautionary tale regarding the inevitable result of full Democrat control. And Mr. Jackman, who’s done guest spots on NPR and other “fair and balanced” journalistic outlets, certainly leans to the left. But what sets Jackman apart from every other journalist I”ve interviewed or corresponded with is his willingness to admit his bias. He’s by far the most honest monster I”ve ever encountered.

I reached out to Jackman last week because I was puzzled by what appeared to be contradictory responses by the Detroit press to two fairly similar local stories. In December 2014, Tim Idzikowski, owner of the Detroit BBQ Company, took to his company’s Facebook page to cheer the shooting deaths of two New York cops at the hands of a black cop-hater. Said Idzikowski: “How many times did they think they were going to kick the hornets nest before they got stung? These guys [the two dead cops] “can”t breathe” now either.” When a cop complained about the post, Idzikowski replied, “Why don”t you try suck starting your service pistol.”

A real charmer, that fella. Who wouldn”t want a dude like that preparing your meal?

Get ready for the liberal media frenzy of BS. Then the audio will come out, then everyone will say he didn”t listen, then after a false narrative for 3 months by BLM and “rioting peaceful protests” everyone will say ohhh I guess he was wrong, and the police were right? Then after a real investigation the truth comes out? Simple story never changes. Listen to police who have guns pointed at you and don”t get shot. It isn”t hard.

Idzikowski, the “go suck on your pistol” guy, was defended by the Detroit press, and to this day he retains control of his business. Jerant? Different story. He was excoriated by the press and he lost his restaurant.

In 2014, Michael Jackman rushed to Idzikowski’s defense: “You see, there is a difference between saying that you want police killed and simply stating that bad police work and unnecessary shootings were bound to prompt reprisals,” he wrote in the Metro Times. After pointing out that Idzikowski should be forgiven because he “works with pig meat, not a keyboard,” Jackman added, “It’s also clear that Idzikowski also does not support the killing of police officers. His remarks may be tactless and it [sic] you may not like them, but he has a right to talk about the climate created by all these killing [sic] being recorded and posted online.”

Because apparently in Detroit, “why don”t you try suck starting your service pistol” is a harmless, friendly greeting.

Yet even though Jackman defended the “go suck your pistol” guy with righteous vigor, he was silent as Jerant was hounded out of his profession. I wrote to him to ask why. I pointed out that everything he said about Idzikowski applied to Jerant, too. It’s clear from Jerant’s comments that he’s not calling for the murder of black men. His remarks may be tactless and unpopular, but he has a right to voice his opinion on this controversial matter. Plus, he’s a beer-and-burger slinger, not a wordsmith.

Of course, Jerant not only has a right to his opinion, but has a right to state it publicly. When it comes to defending people’s rights to proclaim their views, I see eye-to-eye with the ACLU. The speech we disagree with most vehemently needs to be defended from government censorship the most. In my capacity as an alt-weekly journalist, however, it’s difficult to justify rushing to the editorial defense of Jerant’s views as I did of Idzikowski.

Why? Because, as Jackman put it, “there’s the question of who needs defending.”

It was a satire of newspapers, not a how-to manual for journalists. Yet that is exactly what Jackman”and, I would wager, the majority of his crusading colleagues”has turned it into. And let’s just ruminate for a moment on what that means. Afflict (“cause pain or suffering to”) the comfortable (“those who are free from worry or pain”). In other words, give pain to those who don”t have it. What a motto, what a career description. Forget the five Ws, forget just telling the truth. Journalists are here to give pain to those they feel are too pain-free. And of course the press takes it upon itself to determine just who is comfortable enough to deserve affliction. Now, make no mistake, in an active situation on the street, the police do, absolutely, wield the power. They have a license to take lives, and they have the muscle of the state behind them. That said, can we really call inner-city beat cops “the comfortable”? Are we talking the Rockefellers here? Are we claiming that your typical parking-ticket scribe is a caviar-eating, yacht-racing, FabergÃ©-egg-collecting one-percenter?

That’s why those who elect themselves the rainmakers and the pain bringers are so dangerous”we are at the mercy of their judgment regarding who among us needs the misery they have decided they must inflict.