Afghanistan, Then and Now 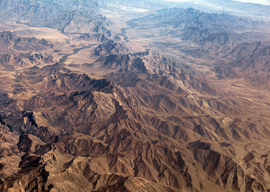 With America’s 16-year-old war in Afghanistan back in the news as Defense Secretary James Mattis hints that he”ll be sending in perhaps 4,000 more U.S. troops, Brad Pitt’s new movie on Netflix, War Machine, could be of interest.

Pitt plays a lightly fictionalized version of “Obama’s general,” Stanley McChrystal, who in 2009 cajoled the greenhorn president, by (apparently) leaking his secret report to Bob Woodward, into giving him 30,000 extra troops to nation-build in Afghanistan, with its strategic gravel deposits.

The disastrous temptation to try to provide the Afghans with what they”ve seldom been able to furnish for themselves”strong, wise rule”has been the stuff of fable since 1888, when the 23-year-old Rudyard Kipling wrote his most famous short story: “The Man Who Would Be King.”

Two British con men set out from the overly civilized Raj to win a kingdom for themselves in remote, still-pagan Kafiristan of northeastern Afghanistan. But after the adventurers succeed beyond their wildest dreams, Daniel Dravot (played by Sean Connery in John Huston’s 1975 movie adaptation) succumbs to the lure of nation-building. Rather than cutting and running with their loot as Peachey Carnehan (Michael Caine) prudently advises, Dravot vows, “I”ll make a damned fine Nation of you, or I”ll die in the making!”

“Afghanistan is culturally similar to Arabia, if the Arabs were all smoking meth.”

Back in September 2001, a couple of weeks after 9/11, I wrote a movie review of The Man Who Would Be King to make two predictions: Toppling the Taliban government of Afghanistan in a punitive raid for hosting Osama bin Laden would be less difficult than widely predicted, while sticking around to nation-build would be a fool’s errand:

Yet, if a war in Afghanistan does prove winnable, which it should, ought the U.S. undertake a long-term benevolent occupation to attempt to turn that desolate land into a peaceful “normal country”? Huston’s movie offers a skeptical perspective.

Both of my forecasts came true. But nobody ever learns.

Just as Serbia resembles an outpost of Russian culture in southern Europe, Afghanistan is culturally similar to Arabia, if the Arabs were all smoking meth. The Pashtun culture, centered in eastern Afghanistan and western Pakistan, may be the world’s most dysfunctional. Here are some of their proverbs:

The Pukhtun is never at peace, except when he is at war.

One’s own mother and sister are disgusting.

When the floodwaters reach your chin, put your son beneath your feet.

The horribleness of indigenous Pashtun culture might explain why the Islamic fundamentalist Taliban are seen by locals not as savages but, due to their strict obedience to the Koran, as moral exemplars. Muhammad might have married a 9-year-old, but at least she was a girl. For example, pederasty, or bacha bazi (“dancing boys), is so common among the Pashtuns that American troops were told they had to ignore sex abuse of minors for the good of the alliance. In contrast, one of the precipitating events of the Taliban’s rise to power in the mid-1990s was a small civil war between two non-Taliban warlords over a boy they both fancied. A Taliban squad under Mullah Omar rescued the boy, which raised their reputation.

McChrystal was fired as America’s top general in Afghanistan in 2010 for letting himself be the subject of an overly frank article in Rolling Stone, “The Runaway General,” by the daring war correspondent Michael Hastings. War Machine is based on Hastings” subsequent book about McChrystal, The Operators.

Hastings was an interesting figure: an upper-middle-class kid who combined a fascination with all things military with a deep skepticism about what the American military could accomplish in an age when there are no rival armies left to fight, just obstreperous locals who knew that eventually even the U.S. would get bored of drone-striking them and go home, leaving them as the rulers in their native land.

When Hastings went to report on Iraq, his fiancÃ©e accompanied him, getting herself a job with an NGO. She was killed in an ambush while returning from teaching a course on democracy.

During the Obama administration’s high noon of access journalism, in which most journalists degraded themselves to regime PR interns, Hastings, a Ron Paul admirer, was willing to risk crashing his career by burning his sources, such as General McChrystal’s staff, whom he portrayed as hard drinkers not wholly respectful of Vice President Joe Biden. (They loved Secretary of State Hillary Clinton, however.)

Then, shortly after publishing a story entitled “Why Democrats Love to Spy on Americans“ in 2013, Hastings himself literally crashed and burned in a spectacular one-car fireball in Hollywood.

Hastings” death was so cinematic that the internet lit up with conspiracy theories about how the CIA must be able to hack into cars” software. Heck, even I left my house to drive over to Highland and Melrose to investigate.

A paparazzo on the lookout for celebrity misbehavior had filmed Hastings” C-class Mercedes roaring through a red light moments before he slammed into a palm tree. As I wrote when I got back: “Brave guys tend to be brave about dumb stuff like bad driving, too.”