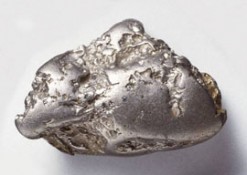 Platinum—The only metal fit for a king!—Louis XV of France

On Monday I returned from Fuengirola in the south of Spain, having spent the weekend discussing diamonds with Gimlet’s friend Anthony, scion of an egregious line of diamond cutters. What I learned about diamonds was illuminating, what I learned about Fuengirola was not! And so it was with a mark of happy anticipation that I sped across the Pyrenees towards London’s comparatively bucolic pollution.

In England the newspapers are still full of diamond talk and in particular about a grubby package of uncut stones which the former Liberian president Charles Taylor, one of the roughest diamonds ever to stand trial at The Hague, allegedly bestowed on Naomi Campbell late one night in a Pretoria hotel after a dinner hosted by the venerable Nelson Mandela. “You can judge a man by the company he keeps,” so the saying goes, and judging by the company our Nelson was keeping that night, one might well nod a cynical head.

On the subject of bad company: it seems that just as dear old England was starting to enjoy life again under the tutelage of the semi-sane duopoly of Regaine Cameron and Puppy Clegg, who should turn up like the proverbial bad penny, but horror of horrors, father of Euan, the puppet master himself Old Blind Lemon Blair, the people’s popinjay. Happily there was little evidence of Mrs, Blair, who is rumored to be having her mouth stretched to accommodate registered letters.

The former Prime Minister was come to announce his revelatory tome, “the journey,” much to the consternation of his former flabby pals, the good, the bad, and the ugly. The rest of us meanwhile were reaching for the dramamine. Oozing in heartfelt sincerity Blair’s leaking dubiety is utterly nauseating. The ultimate conundrum being his continuing insistence that he was justified in going to war with Iraq, hotly followed by the muddling declaration that he will devote the rest of his life to making amends. For what we wonder?!

In London I find Gimlet has more esoteric matters on his mind.

“How much do you know about Platinum?” he asks me.

My mind was at that moment more given to lunch.

As it happens my first introduction to platinum was a Swedish girl called Ingegard. I was working as a waiter in Little Collins street, Melbourne; everyone should do a spell as a waiter once in their lives, it teaches you a lot about life. So did Ingegard! She was platinum blonde and an absolute bombshell. Still that’s another story. What William H. Gimlet had in mind was entirely different.

“Let me tell you the reasons for my interest,” says Gimlet in a peacockish Gimlet sort of way.

He explained that while many people think of platinum only in terms of jewelry, in reality only about one fifth of the metal produced is sold for that purpose.

He laid out some charts on the table.

“For this reason many people shy away from it as an investment but today I stand as a contrarian. I believe that now is the moment for the medium term investor to strike. He put forward his reasons.

“Aquarius is now the fourth largest growing primary platinum producer in the world with interests in seven competent operations.”

Platinum has various exceptional properties which lend themselves well to this fast developing world. Resistant to corrosion and high temperatures, the metal has multiple uses in modern technology. Of the 239 tons of platinum sold in 2006, 130 tonnes were used for vehicle emissions control devices and 11 tons as a catalyst in the chemical industry. Gimlet believes that with the surge in industrial development in China, that country will be a natural long term consumer of platinum and as such it would be wise to look at the companies who produce it.

He pushed an annual report across the table.

And so it did.

I spent the last five days diligently inspecting Aquarius’s operations and it was soon clear to see what Gimlet was getting excited about.

The company is now the fourth largest growing primary platinum producer in the world with interests in seven competent operations. The Primary one is the Kroondal mine, next to which is the Chromite Tailings Retreatment plant, an innovative operation that processes old mine dumps and current tailings. Kroondal mine is today rated as one of the most efficient PGM producers there is. All the company’s operations are situated in either South Africa or the Great Dyke in Zimbabwe and management is comfortable with the completion of the Black Economic Empowerment in South Africa. South Africa holds over 80% of the world’s platinum reserves.

Quoted on the Australian stock exchange, the JSE securities exchange and the London stock exchange, Aquarius was promoted to the FTSE 250 in 2005, also to a Level 1 ADR in the USA. With four operating mines, Kroondal, Marikana, Everest and Mimosa, the company is well set for sustainable growth. Aquarius see the key to their future success in Low cost production growth and that is what they are successfully achieving. Theirs is a capital intensive approach to mining and processing. When necessary they employ contractors and reduce their financial risk through agreements with third parties to smelt, refine and market their metal. The chief executive Stuart Murray is an intelligent hard working man, a key member of the group’s strategy under whose direction, Aquarius has grown from one mine to its current five and two tailings operations. For the year 2009 the group attributable production was 455,675 PGM (4E) ounces, firmly establishing the company on the international scene.

The company has not been without its problems however; a fatal accident at Marikana in early July severely dented the share price and it is essential to exercise caution and vigilance in the future.

The share price in mid April was 449p compared to today’s 306p. Gimlet confidently expects that within two years we should see a price of around the 550p mark. It is certainly not a project without risk but might well prove an extremely profitable one.

Arriving back in London last night, my taxi driver gave me a run down on the warm weather he had been enjoying,

“Don”t worry though,” he added, “there’s rain forecast for tomorrow. Got any thing nice planned? The shadow of autumn grows ever darker before the dawning of the age of Aquarius.