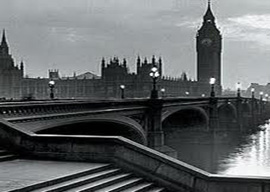 As I write these words and watch them grow into sentences, I am living the final hours of my fifties. By the time you read this, I”ll be sixty years old. Or, as French and other Romance languages put it, I shall have sixty years. Having these four-seasons-times-sixty on my person feels heavy, but it seems I am far from alone. We oldies may be a majority soon in Britain. The hair is going white, the teeth wobbling a little and the memory fumbling. Gabriel Garcia MÃ¡rquez in Love in the Time of Cholera charts Dr. Juvenal Urbino’s slow demise and death through his urine flow. The trappings of age, once the sole property of my father and his generation, are now all mine.

Things could be worse. I could be Tony Blair, Andy Coulson, or Alan Johnson. All of them stumbled into the headlines with tales of woe as my birthday approached. Blair was required to give further evidence in London last Friday to the Iraq Inquiry chaired by Sir John Chilcot. This was hard for Blair, who had already testified to the same panel a year ago and disposed of it in his recently published memoir, A Journey. Unfortunately, his former Attorney General Peter Goldsmith had given testimony that contradicted Blair’s. Goldsmith told Chilcot he had all along insisted to Blair that he needed a second United Nations Resolution for his war to be legal. Blair came back to the panel on Friday morning, sat and prevaricated for a few hours, and left. His credibility, already strained, was broken.

Blair wants the billets-doux he wrote to George Bush in the year before the invasion kept secret. Sir John Chilcot made clear his impatience with Blair’s reluctance to release the documents:

There is one area where, I am sorry to say, it has not been possible to reach agreement with the government.

“Things could be worse. I could be Tony Blair, Andy Coulson, or Alan Johnson.”

The papers we hold include the notes which Prime Minister Blair sent to President Bush and the records of their discussions. The Inquiry recognises the privileged nature of those exchanges but, exceptionally, we sought disclosure of key extracts which illuminate Prime Minister Blair’s positions at critical points. The Cabinet Office did not agree [with] this disclosure. On 10 December last year, in accordance with the Protocol, I asked the Cabinet Secretary to review that decision.

It seems Cabinet Secretary Gus O”Donnell is abiding by Blair’s wish to keep the messages private. Where is the WikiLeaks leaker when you need him? I give it a month before someone publishes Tony’s promises to George, his assurances to commit British lives to the Bush-Cheney-Rumsfeld crusade to plant American bases in Iraq and control its destiny. It was a bad day for Blair, but”like my turning sixty”it could have been worse.

He could have been Andy Coulson, who used to edit the most scurrilous of all Rupert Murdoch’s scurrilous rags, the weekly News of the World. He resigned when one of his reporters and a private detective were sentenced to prison for bugging Princes William and Harry’s telephones. Coulson insisted, much as senior officers did at Nuremberg, that he did not know what had been going on. After departing the Murdoch stable, he might have disappeared from our lives forever”or ended up as a CNN talk-show host like that other disgraced British tabloid editor, Piers Morgan. (Morgan’s reporters were imprisoned for insider trading, pumping up stocks and shares in which they invested. Morgan invested in one set of shares, made a killing, and later insisted that he did not know what had been going on.)