All the Presidents’ Insurrections 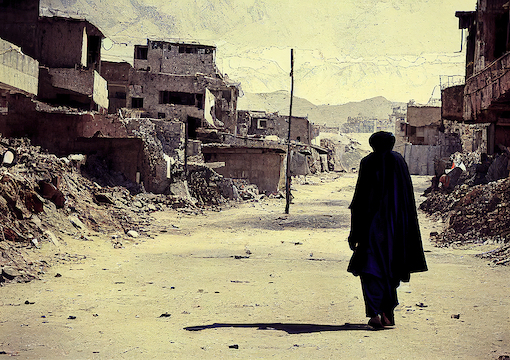 Well, the Jan. 6 committee has produced its long-awaited report. In a surprise move, the committee referred former President Donald Trump for criminal prosecution, accusing him of inciting insurrection, among other crimes.

In fairness, Jan. 6, 2021, was the day that Trump announced he would open our southern border and allow nearly 5 million unvetted illegal immigrants into our country, whereupon they would be flown to various cities around the U.S. and given full access to all our welfare programs.

Obviously, this constitutes insurrectionary behavior. The committee had no choice but to demand criminal charges.

“Remember, for the next few months, NO RAPING!”

LATE BULLETIN: It was NOT the former president who did this, but the current president, Joe Biden. In another development, it turns out that engineering a foreign invasion of our country has been redefined as a “humanitarian mission.”

When will this “humanitarian mission” end? Apparently, never — not until all 7 billion humans living in places less luxe than America have moved here, at which point America won’t be so hot anymore, so no one will want to come.

Thus, The New York Times quoted Jennifer Quigley, of Human Rights First, saying of our intervention in Afghanistan: “We can’t claim mission accomplished. There are still too many vulnerable people abroad.”

After spending billions of dollars trying to build a semblance of civil society in that stone-age culture, evidently now we’re supposed to open our doors to everyone who lives there. Even granting that absurd notion, I can’t help but notice that Quigley seamlessly shifted from “Afghanistan” to “people abroad.”

So we have to take in every “vulnerable” person who doesn’t already live in the U.S.? Is there any other way to interpret her statement?

CNN demands that we fly Afghans here directly, not content to wait for these future Nobel Prize-winners to take the air-land route from Afghanistan through Central America into our country — which they are also doing.

For the last few weeks, CNN has aired a story almost every hour about how Afghans “risked their lives” to save Americans, so now we owe them permanent residency in our country. It’s unclear whom we were ever fighting, inasmuch as everyone in the country seems to have been a “translator.”

CNN hosts triumphantly produced a letter by “retired diplomats,” warning that if the U.S. doesn’t “support its allies” [by allowing them to move here], “in the future our allies will be less likely to support the U.S. missions.” (And then who will teach third-worlders about feminism, gays and George Floyd?)

Former U.S. Marine Paul Whelan must be relieved to hear liberals admit that how we treat those who put their lives on the line for our country will determine how we are willing to do so in the future. Whelan, you’ll recall, is rotting in a Russian prison, because a lesbian, Women’s National Basketball Association star (but I repeat myself) took precedence over him in a prisoner trade. We’re looking for a few good men. Anybody? Anybody?

And look at what a blessing they’ve been!

Mohammad Haroon Imaad was among the first batch of beloved Afghan “translators” brought to America last year. He was still living on the Fort McCoy military base in Wisconsin when he was charged with beating and choking his wife. She explained that he beat her all the time back in Afghanistan, once blinding her in both eyes.

Obviously, the Imaad household is going to be a real boon to our country. Yeah, we’re gonna have to raise the Social Security retirement age and start means-testing, but on the bright side, we’ve provided housing to Mrs. Imaad and paid for her astronomically expensive eye operations.

On the very same military base, another cherished Afghan ally, Bahrullah Noori, committed multiple forcible sexual assaults on children within weeks of arriving. Other Afghans flown to Fort McCoy showed up with child brides and multiple wives.

Just weeks after the Afghan-of-the-Month competition at Fort McCoy, another Afghan on our “must-have” list, Zabihullah Mohmand, was accused of raping a woman in Missoula, Montana. How long had he been here? A week? But the good news is, Mohmand was fully vetted by our government, according to U.S. Secretary of State Antony Blinken and Secretary of Homeland Security Alejandro Mayorkas. If you can’t trust those guys …

In response, the media promptly stopped reporting those stories. Perhaps a better idea would be for CNN to have a word with the 76,000 “translators” already deposited on our shores. Hey, guys! Remember, for the next few months, NO RAPING!

Again, these were the most-favored Afghans, the ones who qualified for the first round of emergency admissions. And they just keep coming.

Now, that’s what most people call an “insurrection.”