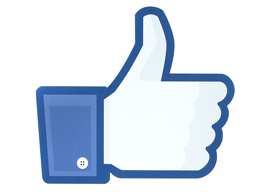 The millennial Master of the Universe

Social Media is taking a stand for veritas in journalism. His personal playground known as Facebook just announced it will no longer allow fake news sites to use its extended ad platform, thereby cutting off revenue and exposure to outlets peddling baloney for filet mignon. Little Zuckie is following in the footsteps of our other internet overlord, Google, and is attempting to bring legitimacy back to the media.

I”m no professional prognosticator, but I”d say Facebook’s chances of reviving our foundering Fourth Estate are fatter than Rosie O”Donnell with a coupon for Golden Corral.

Donald Trump’s unexpected capture of the White House was supposed to do many things: reject political correctness, put the brakes on globalism, encapsulate the hue and cry of the forgotten voter.

More important, it was supposed to be a rejection of the media-driven narrative that Hillary Clinton was the inevitable heir of the American Republic. All along, we were assured Hillary had it in the bag. Huffington Post gave Clinton a 98.2% chance of winning. FiveThirtyEight gave her a 71.4% chance. Matthew Dowd of ABC News predicted that Hillary would wallop Donald more than Obama creamed Romney in 2012.

“Facebook’s chances of reviving our foundering Fourth Estate are fatter than Rosie O”Donnell with a coupon for Golden Corral.”

As the Donald himself would say: Wrong!

That professional journalists missed the anger brewing in Middle America demonstrated just how out of touch the country’s press corps really is. As Mollie Hemingway of The Federalist put it, the media completely “crapped the bed” when it came to election reporting. Is it really any surprise, then, that respect for newspapers is at an all-time low?

Worse is that Trump’s election has taught the news industry nothing. Within a day of his shocking success, multiple media personalities lashed out, labeling Trump voters as inveterate racists and implying they were stupid beyond reach. Their moral blindness to the troubles facing nonurban America went unacknowledged.

Now, if you”re the average Joe Schmo, you might be thinking that the press needs to work on its outreach to the noncoastal parts of the country. You might think that reporters should be more like Paul Lewis and Chris McGreal of The Guardian, who both went to downtrodden white towns to better understand the residents” anxieties. You might even be thinking that journalists should quit being so embarrassingly biased.

If you think all that, here’s the retort from our media mandarins: You couldn”t be more mistaken. The real threat to press credibility isn”t flawed forecasting or slanted reporting. It’s internet sites posting bogus headlines about Trump’s underestimated support.

So in comes Zuckerberg, cape and all, ready to right the wrong of faulty reporting. Fake news sites had never seen more success than during Trump’s roller-coaster ride to the presidency. Even the big man himself fell for a nonexistent poll posted by a fabricated source. “Many of these fakes reinforce the views of conservative or liberal voters and insulate them from the truth,” said CNN’s Brian Stelter in an on-air monologue. “The stories prey on people who want to believe the worst about the opposition.”

Just as the media is woefully unaware of its own cognitive dissonance, Facebook itself isn”t fooling anybody with its new attempt at Good Samaritanism. Only the most strident Rachel Maddow fangirl believes Facebook is a neutral arbiter of public discourse. Former employees of the social-media giant confirmed as much last May.