All This I Had Forgotten 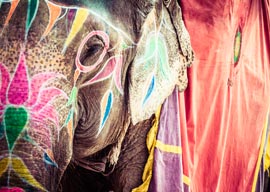 Everyone supposes that he is the world authority on his own life, especially on his own thoughts and experiences. But is this really so? I began to doubt it when, the other day, I leafed through the copious notebooks that I have kept over the years. I carry a notebook with me at most times precisely because I know that memory is fallible and there are so many things worth recording.

If I were to die today, someone looking through these notebooks would know more about at least some of my experiences than I could ever have remembered myself if called upon to do so. It is often difficult to reconstruct the circumstances of the jottings in these notebooks but occasionally it is possible to do so, more or less.

For example, I know that I used to take down the curious things my patients said to me that gave me extraordinary pleasure. Literary critics often accuse Dickens of caricature, but some of my notes suggest that Mr. Bumble, Mrs. Gummidge, Sarah Gamp and Wackford Squeers are alive and well. There is a kind of joyous but expressive and revealing absurdity in what they said that Dickens, with his incomparable comic genius, would have stored away for further use, but (until I looked in the notebook) I had quite forgotten.

“All description of human life, even of a single human life, is, at best, an approximation.”

I suppose the common thread here is the avoidance of personal responsibility, that terrible corollary of free will. If only we could have free will without responsibility, a bit like Mr Berlusconi in fact: how splendid life would be!

This little notebook also contains jotting from a day trip to India that I once made on behalf of a newspaper. It called me one morning and asked me whether I could go to India the day after tomorrow to attend the Kumbh Mela, a Hindu religious festival held every twelve years when the Ganges supposedly turns into nectar that washes away the sins of those who bathe in it. Furthermore, this Kumbh Mela was special, as is every twelfth Kumbh Mela, and ninety million people would attend it.

“You couldn”t have given me a little more notice?” I asked. “After all, you had a hundred and forty-four years to decide to send someone.”

Anyhow, I went and wonderful it was: there is less unpleasantness when 90,000,000 Hindus meet than when six young Englishmen go to a pub and it, the drunkenness, gets worse.

My notes are sketchy. A sadhu, when he knew I was British, asked “Are you from London or Bermondsey?” My notes do not record why a Hindu holy man should have known about Bermondsey, one of the many unattractive areas of that great metropolis. Another asked me where I was from. “England.” “Ah,” he said, “old companions.”

“Guru with gold watch and diamonds” is more or less self-explanatory. Then there is a note about a man who said that if I paid him, his bird (a finch, if I recall) would turn over a Tarot card for me and “you will be happy for ten years and your business will flourish.” I paid and the bird duly turned over the card. “But happiness will only come if you buy ring.” A swami recommended to me by a passer-by because “He has written bible also.” And a note about a yogi who shows a certificate from the Industrial Security Force Commandant testifying that he is excellent at cures and an eminent yogi.

All this I had forgotten.

In the notebook also is an essay written by hand that I had also forgotten, that begins: Many doctors practise for many years without encountering a moral dilemma. This is not because they are morally obtuse: it is because their work is straightforward and uncontroversial… If you had asked me who wrote that, I should not have known that it was I.

Towards the end of this notebook are some notes I took on a medico-legal case, that of a murderer whose name or face I cannot in the slightest remember, though what he said (according to the notes) might have been expected to make some slight impression on me. “I had an argument with her. I lost it. I hit her with a pitchfork “ my head was all over the place, I didn”t know whether I was coming or going. All of a sudden I just flipped.”

I must have asked him whether he was stressed at the time “ a stupid, leading question, whose answer would be uninformative at best and dishonest at worst “ for the note says “Stress “ must have been.”